Indiana vs Washington: The first win for the revamped Pacers 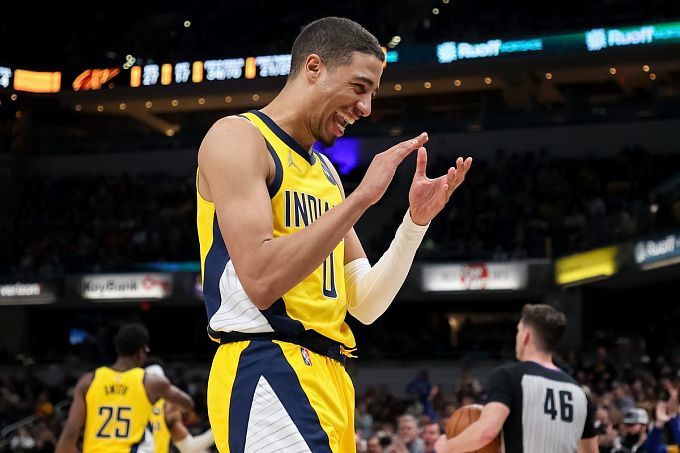 Washington knocked Indiana out of the playoff picture last season, and now both teams are outside the top 10 of the Eastern Conference. According to bookmakers, the odds are roughly even. Which side will turn out stronger?

Despite trading away two key players, the Pacers have created something of a springboard for rebuilding. Myles Turner had a chance to shine after the departure of Domantas Sabonis and the Indiana center has tallied some impressive offensive performances in several games this season. Tyrese Haliburton, one of the league's most promising playmakers, will spend another two and a half years on a child contract, and then there's Buddy Hield and Malcolm Brogdon. Right now, though, Turner and Brogdon are not playing because of injuries, and Ricky Rubio, T.J. Warren, T.J. McConnell and Chris Duarte are also in the infirmary. Brogdon's participation is again questionable.

Rick Carlisle's team has suffered 7 straight losses and they are still 13th in the Eastern Conference. The Pacers made 17 three-pointers in their recent road game against Milwaukee, but it didn't help, a 119-128 loss to Indiana. This time it was Buddy Hield who did the trick: 8 three-pointers and 36 points. The defense is slipping badly, though, and there are especially a lot of problems in the paint while Turner is gone.

The Wizards are in roughly the same position as Indiana. They have a decent roster, but injuries to their leaders make it impossible to compete for a playoff spot. Bradley Beal is out for the rest of the season, and recently arrived Kristaps Porzingis has knee problems. It is not certain that Daniel Gafford will play against the Pacers, and Rui Hachimura is also questionable. Washington has a lot of promising players but only Kyle Kuzma, who is averaging 16.3 points, is more than adequate.

In spite of that, Wes Unseld Jr.'s team won two of their last three games in a row after suffering six straight losses. Brooklyn and Detroit have been defeated, while the Pistons were defeated the day before — 103-94 in favor of the Wizards. Only three Washington players made at least 50% of their shots from the field in that game and two of them, Anthony Gill and Ish Smith, only scored 8 points each. Third was Kyle Kuzma, who was the highest scorer on the team with 23 points.

Indiana won 6 of the last 10 head-to-head encounters, but four of Washington's wins happened during the stretch of the past seven games. Last December, the Pacers were 116-110 stronger at home, with LeVert, Sabonis and Brogdon all playing at the time. The Wizards had to do without Thomas Bryant and Spencer Dinwiddie.

Even in spite of roster problems, Indiana has a lot of things that Washington lacks. First and foremost is a good playmaker, as the Wizards were left with Raul Neto and Ish Smith after Dinwiddie left. The home team's defense lacks quality, while the visitors can do more on offense. The Pacers can score points even if Hield's three-pointers don't work, and the Bahamian guard has to show at least his average level to improve his team's chances of winning. I suggest betting on the following outcomes: