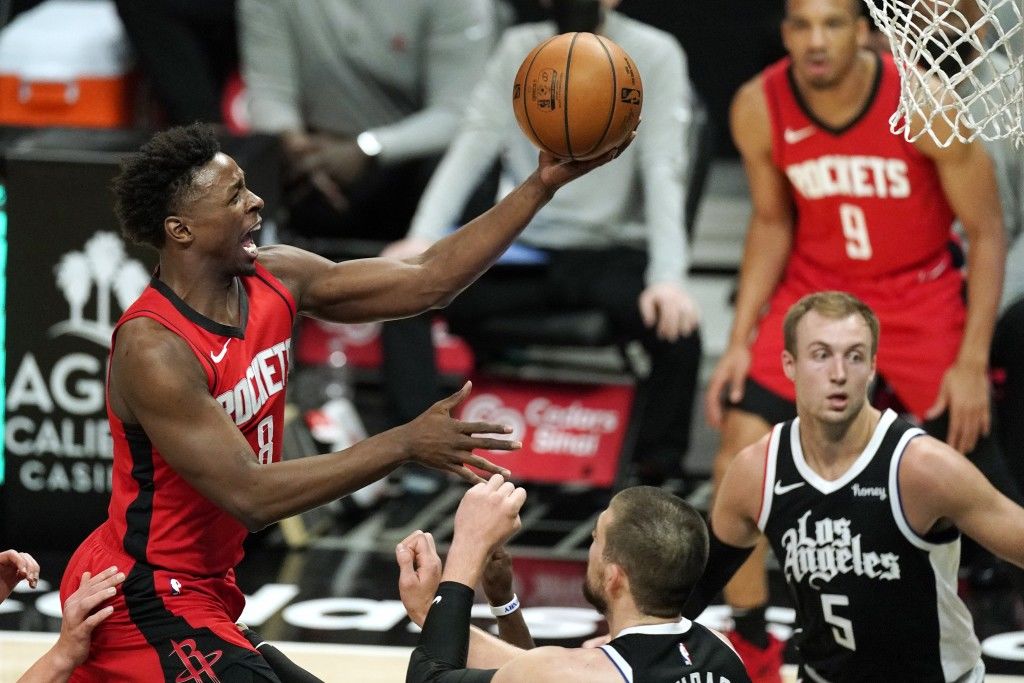 This is going to be the last contest before we prepare for the All-Star Festivities. These Festivities are fun for many fans as they get to see the Three-Point Contest, Slam Dunk, and All-Star Game along with several other types of fixtures. Anyway, for me, it is rather interesting how teams push for the Playoffs after the Break is done as the race to notch the Play-in tournament spots and seize the top six spots to seize advantage till the First Round will heat up. And as the race heats up, a team like Los Angeles Clippers will be in a desperate bid too. And as they meet the Houston Rockets, each game becomes more important than the last one.

The Clippers are two games below the 50% win, currently in eighth place when it comes to the Western Conference. They have won two out of the last three games after undergoing a three-game losing streak. The veteran squad has been coping with a ton of injuries and had been playing without Paul George and Kawhi Leonard for most parts while newly acquired Norman Powell also went down recently. However, the team has put up a great fight despite the influx of injuries especially when they beat the Warriors and Mavericks, two strong squads. Can they take charge of things against a vulnerable Rockets team?

On the other hand, the Rockets have been healthy for the most part but that hasn’t stopped their losses. Talking about injuries, the team did suffer miss two of their best players in Wood and Porter Jr. due to illness but still tested the Suns away from, eventually losing 121:124. However, it hasn’t been that close for the Rockets usually and they are on a six-game losing streak, struggling to make ends meet on both ends of the floor. They will play a second game on the second night, and well, they don’t really usually enter as the favorites. To know my game total and result prediction, drift to “Expert Betting Tips”.

Clippers keep on putting a fight

The veteran unit of the Clippers has made sure that the team doesn’t fall off despite the injury buy that keeps interfering with the team’s campaign. They have been doing a great job of pulling together some wins as underdogs and have erased a 25 points and a 35 points deficit. The dogged Clippers have been clicking on the defensive end these days and tested the Suns quite a bit in the last game. Terance Mann and Ivica Zubac have elevated their games and with the experienced lineup of Morris, Jackson, Batum, Covington, and Kennard, the team has actually a more than the decent defensive lineup. Mann and Zubac will be huge down the line as the team looks to be around a 50% win mark and once George returns, they can make a rapid push.

Rockets have been struggling throughout the season

Rockets are having trouble keeping up with any form of the squad and their tendency to give up big leads has been holding them back throughout the season. Still, the young care has shown a lot of potential. Kevin Porter Jr. and Jalen Green have been doing a great job on the offensive end, flipping threes but yes Green will need to be more efficient while Porter Jr. has the potential to become one of the most effective scorers and playmakers at the same time. Alperen Sengun can benefit from getting more minutes and he has had some impressive games as he put up 19 points and 14 rebounds versus the Spurs. The team has also seen Jae’Sean Tate having another great season and also have veterans in Schroeder, Gordon, and Wood. Let us see how they proceed during the offseason.

Points Range: The Clippers have produced varying scoring lines throughout the season but their experienced core can put on a show versus the weak defense of the Rockets. LA Clippers have a strong mid-range squad and with the way Rockets are defending, Mann can get some open driving lanes every now and then. Zubac has shown some strong games recently as well while Covington can be a threatening two-way player off the bench.

Christian Wood and Kevin Porter Jr. missed the last game and let us see if they play here. The Rockets offense did a great job against the Suns but I believe the Clippers will give them a lot of trouble on their home floor. I see the Clippers scoring at least 110 while the Rockets will be held below 107. I think the total points range here is 220-230.

Prediction: The Clippers have been a troublesome squad even for elite teams and the current core has developed a riveting chemistry as the season has kicked on. There is a vast difference in experience when it comes to both squads and that can play a decisive role. Other than that, the Clippers have been fierce these days and they look hungry to go on a winning streak. I believe they will take this game 117:106.