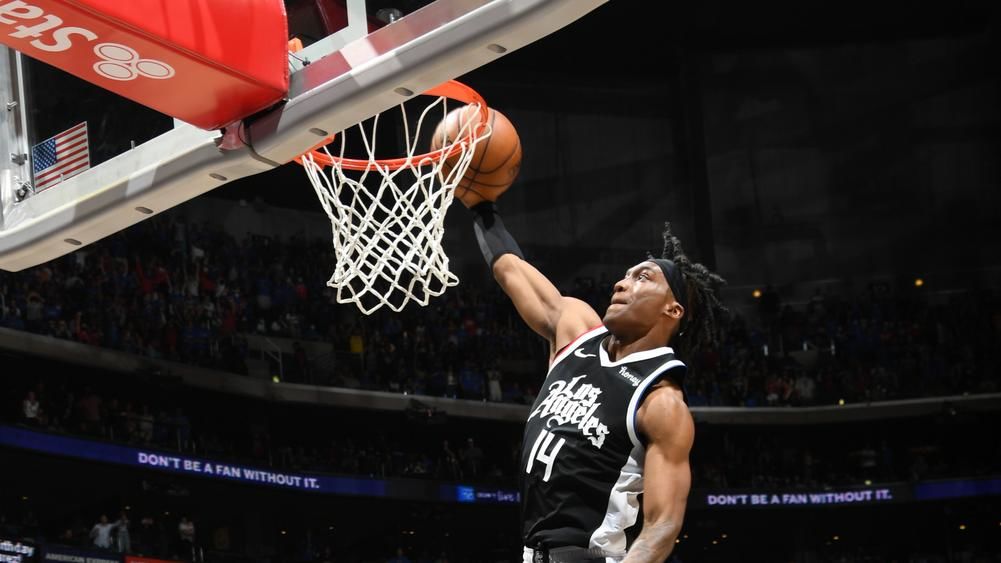 The lore of Los Angeles is wide when it comes to the NBA. From the Forum, Staples Center, to now Crypto.com Arena, the basketball Gods have blessed the city with a bunch of games for many decades now. There have been various trophies lifted by the teams who have made the city their home. And as we talk about Crypto.com Arena(Strange name), we have to mention the storied Lakers franchise, tied for most titles with the Celtics(17), and the Clippers, their neighbors here, yet to win a championship. As they clash here, a lot is at stake from here on.

The Clippers have won 30 and lost 31 games, although not an elite-level record by any stretch, the team has done well considering the influx of injuries. They have been doing well with their veteran roster and coach Ty Lue has done well despite the tumultuous time. As the team waits on the MRI results of Paul George, one thing is for sure, they have a lot of fight. On the other hand, the Lakers have been underwhelming all season long, whether they have been healthy or hurt. The team has lost 31 games and just have 27 games and Anthony Davis has been ruled out for the next month or so. While Westbrook is yet to fit into this system, Carmelo Anthony is likely to be back which can restore the roster balance. The Clippers have won three of their last four games while the Lakers have lost three of the last four games, will this trend continue or will the Lakers eke out a special win? To know my game total and result prediction, jump to “Expert Betting Tips”.

Close to each other

Clippers schedule can be a help

The shock of losing Leonard, George, and newly acquired Powell has been well absorbed by the Clippers. With Reggie Jackson at the helm, they have been able to extract some special wins. Out of their three last wins, two have been against Bucks and Mavericks, both formidable foes and that means that this Ty Lue led squad has won two games with the deficit of 25 and 35 before. With Marcus Morris at the wing, Mann and Coffey at the guard positions and the newly acquired Robert Covington along with Nicolas Batum at the big Forward position, stationed alongside Ivica Zubac, the Clippers have versatility, length, and can also pump up some points. The schedule till mid-March is not that tricky and can open up avenues for a run, so yes, the team can go out on a winning run but yes, after mid-March, a tough window will come, will George be ready by then?

The Lakers seem to find more ways to lose than win. The team chemistry is in tatters as Russell Westbrook figured in trade rumours and surely, that has hurt the way he plays. Frank Vogel has not found a way to get the most out of Westbrook and as usual, LeBron has had to do the major lifting. Thankfully for the Lakers fans, Carmelo Anthony will return here and with Davis out yet again, they need someone to at least give half of the scoring. Malik Monk has been impressive but he, Horton-Tucker, Austin Reaves, Avery Bradley, Trevor Ariza, and Stanley Johnson have their work cut out, who will step up among them? The biggest issue has been the lack of hustle throughout the season and the poor defense has not let the up-tempo style of offense come through for most parts. Can the Lakers get a much-needed winning streak?

Points Range: On average, the Lakers may have been scoring more than the Clippers throughout the season but the Clippers' defense has been usually better. WIth Davis gone and with a small lineup, the Lakers have shown the tendency to give up second-chance points so the Clippers will have their chances against the struggling squad on the offensive rebounds. This is why the Clippers can mount an effective offense here and athletic players like Mann can take care of business against largely flat-footed Lakers. LeBron James is questionable here and if he plays, the Clippers know their work is cut out. If LeBron plays, the total points range seems to be 220-230, and if he doesn’t, then also around the same range.

Prediction: If LeBron doesn’t play then Westbrook will have to bring his best game of the season here, and frankly, he is due a big scoring night for a long time at this point. The Lakers need to win this game and this is also a huge game because it comes against the team that is just a spot above them. If LeBron plays I give the Lakers a 47% chance of winning, if he doesn’t, then I give them just a 27% chance of winning. I think the Clippers will seal the deal 116:112 if LeBron plays and 117:106 if he doesn’t.