Los Angeles Lakers vs Boston Celtics: Both teams have annoyed their fans 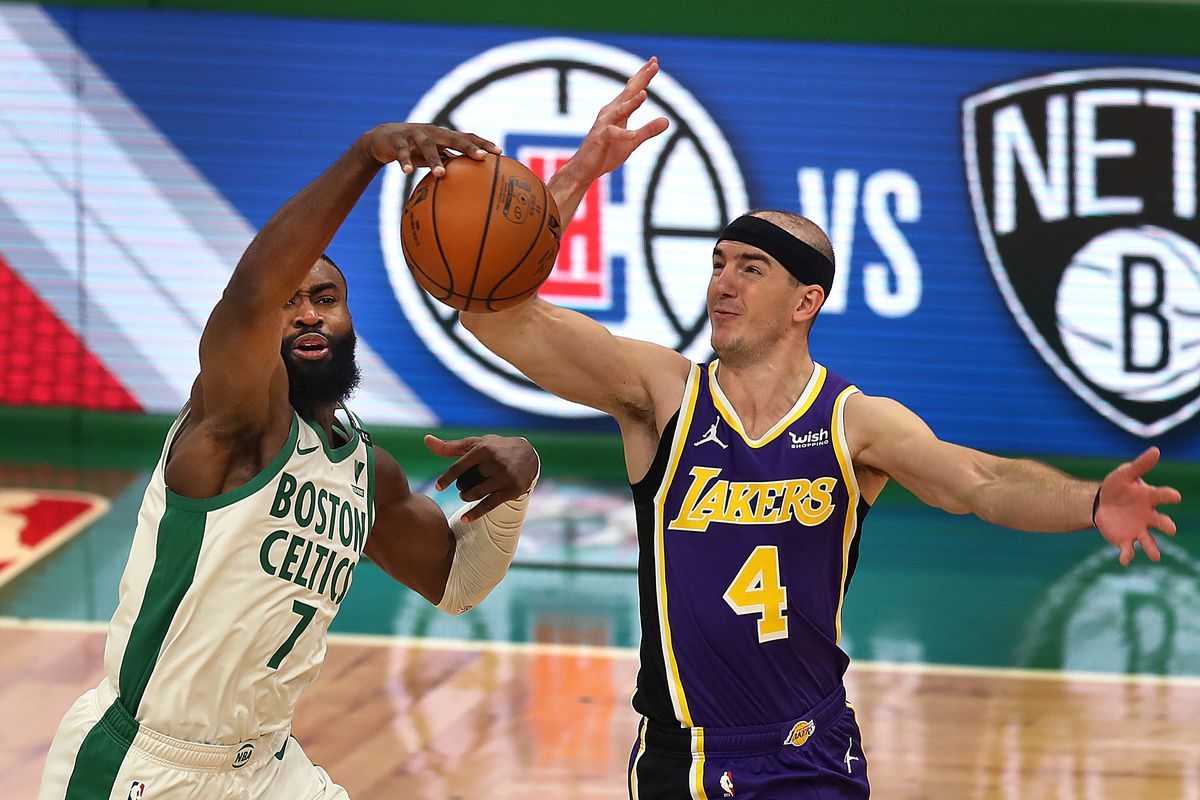 In this historical rivalry game, the Los Angeles Lakers go up against the Boston Celtics in a cult cross-conference affair. Both teams have been underwhelming all season with the Lakers barely holding onto a 50% win record while Boston is a game under the mark. Can this game light up some embers for the squads? For a quick overview, head to the “Notes” section.

Need to create daylight: Celtics have struggled to finish games at times and are unable to create separation at important junctures. The team lost to Cavs by 2 points earlier and to Mavs by 3 while two of their wins have also been close. Boston needs to right the ship and while the team has not been terrible, it has to learn how to hold on to leads. This has been a weakness for this outfit which goes up big but is unable to sustain momentum.

A lot of guard scorers: With Schroeder, Smart, and Brown in the back-court Celtics have a lot of weapons at the offensive end. Tatum is their leading scorer at the Small Forward spot and both Brown and Tatum have averaged around 25 points per game. Schroeder has also put up huge points recently and thanks to that, Boston has covered some ground offensively without Brown. With Horford in the frontcourt, scoring is not an issue individually but the team has the tendency to play too much isolation ball. This form of playing style can hurt lte in games when defenses know what is up.

Westbrook and Davis have not been enough: Russell Westbrook and Anthony Davis can put up around 20-25 points regularly but that has not translated into wins. While Westbrook is wearing the brunt of the criticism for the losses but the bench looks like a better concern. Carmelo Anthony has gone cold after having a bunch of 20 points or more consistently. Lakers are among the bottom teams and allow 110+ points consistently which has held them back even more than their offense. The team needs discipline on both ends of the floor.

Why LeBron matters: Lakers have four wins two losses when LeBron has been with the team, two of the wins have been against teams with a 50%+ win record. The Lakers struggle against teams on both ends without him. The reason is simple, LBJ is terrific at giving directions as an offensive and defensive anchor and his team needs him to get in sync. The smarts of LeBron are missing for the iconic Franchise and it is clear that the team is going nowhere without him. Can LeBron return here and change the fortunes for the team taht is 8-8.

The Celtics and the Lakers are both not in the right groove right now. For the Celtics, the schedule has been a lot more hectic while the Lakers have lost games they should have clinched and now face a tricky scenario. A lot will depend on whether LeBron James returns or not but Jaylen Brown is no less important for the Boston Celtics.

Prediction: Although the Celtics hold the home-court advantage and has played better recently, we believe the Lakers are due to a win and can surprise here.