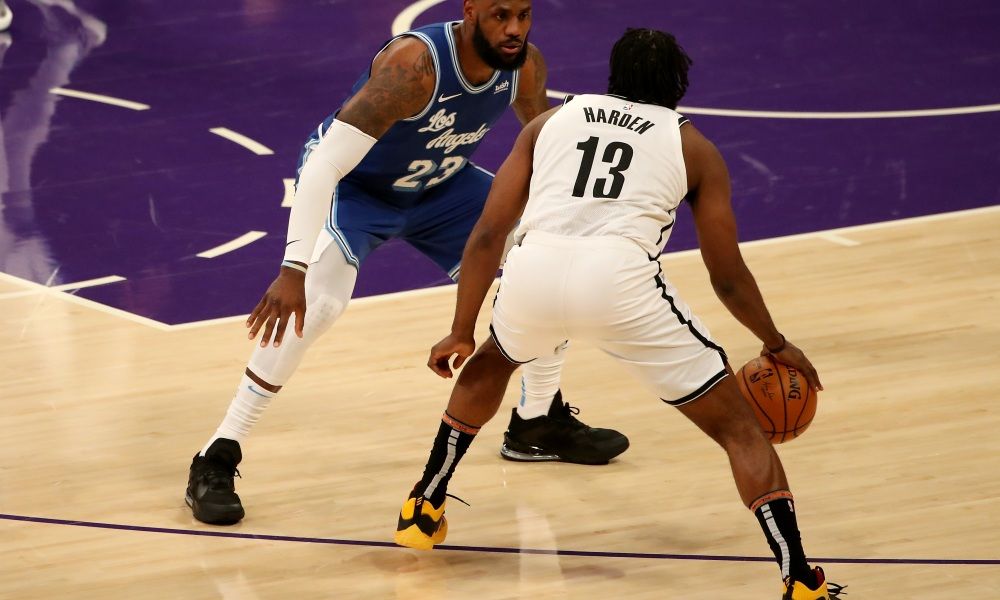 COVID-19 is prying into the matters of the sports world yet again, making the matters complicated for athletes. Not only athletes but writers and readers of the sporting world have been affected as the betting world has been plunged into the pandemic’s turmoil once again. Still, bettors will bet, bookmakers will release their odds, and the tipsters will keep on writing till the league gets going. Anyway, in this Christmas game, the Los Angeles Lakers host the Brooklyn Nets in a West-East tussle. The Lakers have lost 17 games and have won only 16 while the Nets have 21 wins and just 9 losses, reigning at the top of the Eastern Conference standings. Can the Lakers pull one off at home or will the Lakers fans have a damp Christmas? For a quick look, scoot over to “Notes”. For “game and total prediction”, hop over to “Expert Betting Tips”.

Lakers are poor on defense: Lakers gave away more than 130 points against the Spurs and it looked like the Spurs would score on every possession the way the team was defending. With Davis gone, both the defense and rebobunding are only going to take further hits as the Lakers continue to get outrebounded and out hustled on both ends. More than the scoring, the trouble for the Lakers is playing hard-nosed defense and squads keep beatin them to the spot way too much. The LA Lakers have allowed 110 or more way too many times this season.

Nets with Harden, without Durant: With no Durant-LeBron match-up, the marquee match-up is now between Harden-LeBron. Harden hasn’t played in weeks but you can’t take him lightly despite his low-shooting percentage this season. Harden still has a plethora of ways to be effective on offense. With Mills as shooter, Griffin and Claxton as scorers along with a promising Bruce Brown, Jevon Carter, Paul Millsap and James Johnson lineup, the Nets can mount nup a decent offense with Harden being the center of this core.

Points Range: Lakers can score 110 or more continually even without Davis but that is not the issue, it is their defense that has given away a lot. Their Third-Quarter performances have usually been poor and both defense and offense take a backseat during the second half. On the other hand, the Nets will not look as destructive without Kevin Durant but with James Harden in the fray and a poor defensive squad at hand, the Lakers are going to have their hands full. Both teams can potentially cross 110 here as the Nets defense may not have much to offer here without Durant. The Total Points Range in my view is between 220-230 points. But who knows, the NBA keeps throwing trends out of the window!

Prediction: Lakers have lost four in a row, this is the second time that team has at least lost three in a row while the Lakers are yet to win four in a row this season. It has been a tough period for the LA team as the fans continue to be underwhelmed and demand change, in other words; blow up the season. On the other hand, the Nets won’t mind a loss or two without Durant because they will not be affected that much, which means they will play in lesser pressure and even if they lose this game with the roster they have, not many will question the team. However, the Lakers’ duo of Westbrook and LeBron have a lot to prove as does the whole team itself. I believe(cough) the Lakers will win this(as I keep saying) with a score of 117:110 to give a Christmas present to their fans.