Milwaukee Bucks vs Washington Wizards: Bucks look to regain confidence, Wizards are in a tough phase 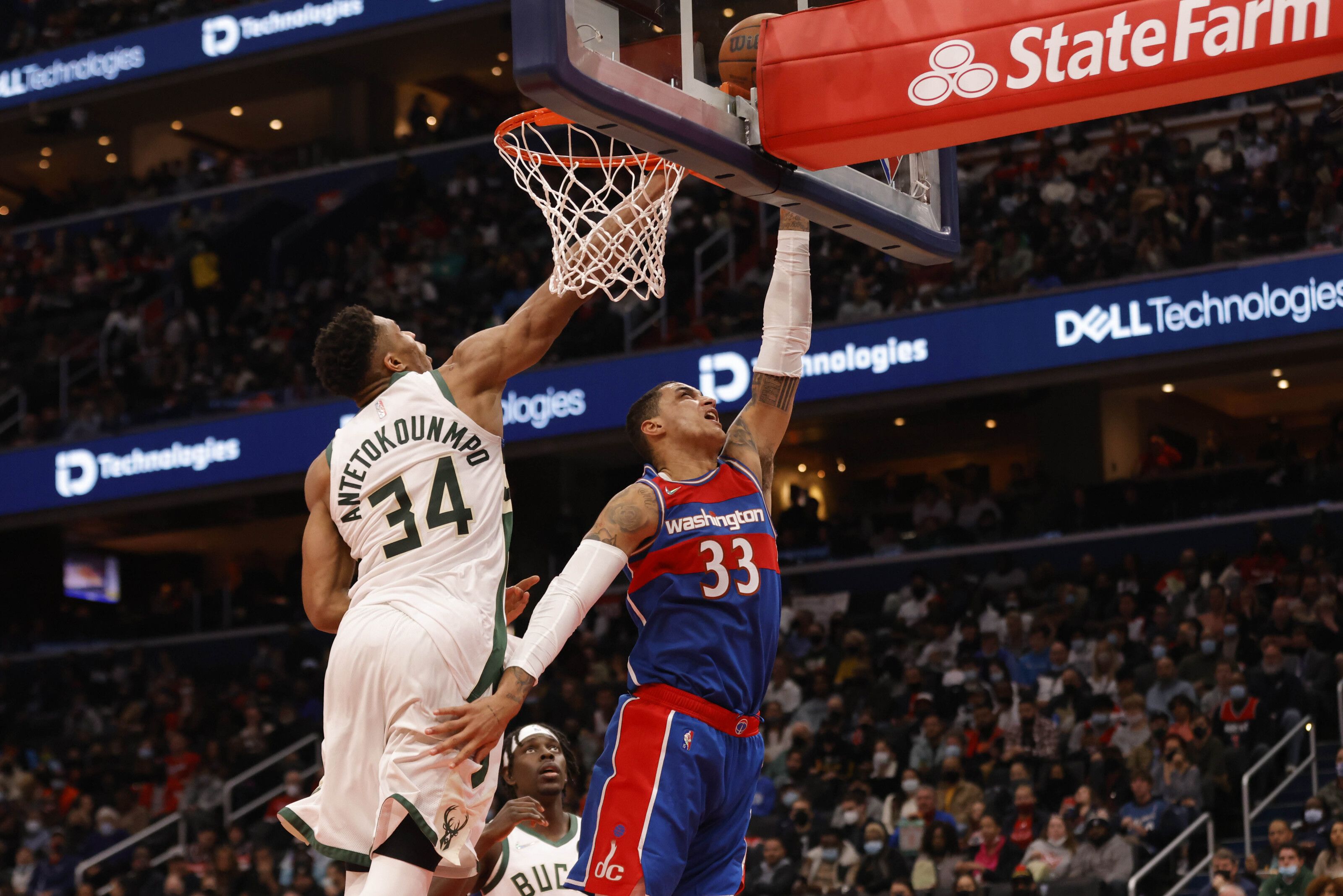 NBA has now gone past the midseason window and the next stop is the trade deadline. This is for me a fascinating period because many Franchises have seen their fortunes change both ways. It is also a great opportunity for players and teams who are not getting along to part ways. It also provides a chance for rosters to fill certain loopholes and bring in players who can be difference-makers. Anyway, let us see what the two teams who meet here in Milwaukee Bucks and the Washington Wizards do in the next eight-nine days.

Bucks have lodged 31 wins and 21 losses, losing two out of the last three games, including a 36-point loss to the Denver Nuggets. Bucks had a tough month of January after they had done well in December. The Bucks have now fallen to the fifth spot in the Eastern Conference Standings and do remember they are the defending champions. On the other hand, the Washington Wizards are having an even worse time lodging wins recently, they are on a five-game losing streak and with an overall record of 23 wins and 26 losses. The Wizards didn’t have a great time during January and it is clear that their season has lost a lot of steam just like last season, they are at the fringes of the Playoffs, and if it continues, it may be another early Play-in Tournament exit. Now, with Beal sidelined for this game, can the Wizards find someone else to spark something special? For my game total and result prediction, hop over to “Expert Betting Tips”.

Bucks have been struggling a bit

Milwaukee Bucks had one of the best offenses in the league during the last season and well, in December, they looked in great touch too but things derailed when Jrue Holiday got injured. The Bucks lodged seven wins and eight losses in January and most of their losses were blowout losses. It seems like things will be the same until Jrue gets back to his December form and he has surely not played at the same level since his injury. The Bucks’ defense has also been largely underwhelming, and it has surely become a huge issue at this point. The bench depth has been concerning and the guard position has let the team down a bit last month.

Giannis Antetokounmpo has continued to wreak havoc in the middle with his athletic and physical play inside. He continues to go hard on the rebounding end and be an all-around presence. Meanwhile, Khris Middleton has been an all-around scoring threat as well and no team has a potent combination at the Forward position like Middleton-Antetokounmpo. However, Bobby Portis had a tough finish in January and his production surely fell off. As stated above, Jrue Holiday hasn’t shot terribly but he isn’t the same as he was in December. Meanwhile, Grayson Allen, Pat Connaughton, and Donte DiVincenzo at the two-guard position have not been doing that well in terms of being consistent. The wing, big Forward, and Center positions are all lacking depth and well, Bucks may not need to make some moves with the way things are going.

Washington Wizards had a poor finish to the month of January and they are really looking out-of-sync these days, losing by big margins and losing control of the game way too many times. The Wizards had just five wins and nine losses in January, completely losing control of things by the end of the month. The worst part is that the team had an eight-game home schedule and lost five of those games and some of those teams had a worse record than them. This is a huge concern now and just like last season, the Wizards have lost grip over the matters. The team won 10 games and lost just three to begin the season but since then, they have lost 23 and have only won 13 games, which means that they have been one of the worst teams in the league record-wise during that window.

So what is the matter with the Wizards? Well, for me, one of the recent developments has been the logjam at the Center and big Forward position with the return of Bryant and Hachimura. The team has three Centers in Gafford, Bryant, and Harrell, all pretty bringing the same tools, while Hachimura who was a regular starter last season had lost this role to Kyle Kuzma at the big Forward spot. There is a difference between having depth and having a logjam, and this is a concern now as I believe either the Wizards will have to part ways with at least one among Gafford, Harrell, and Bryant. On the other hand, Spencer Dinwiddie keeps hitting cold stretches offensively while the wing and off-guard depth has been a matter of concern. Beal is having a more than a decent season but even his production has fallen, but overall, it is the lack of defense that has hurt this Washington squad.

Points Range: The Bucks have scored less than 100 points in three of the last six games. However, in the rest of the three games, they have scored 120+. So, basically, they have had high and low-scoring outings alternately. On the other hand, the Washington Wizards 105 or less in three of the last five games while scoring 115 or more in the rest of the games. Defensively, the Bucks allow 110 or more during most of the games while the same is true for the Wizards. Let us head back to the offensive discussion, the Wizards are going to be without Bradley Beal in the game which implies that their team will be hurt on the offensive end. Kyle Kuzma, Dinwiddie, Caldwell-Pope, and Kispert will certainly have to pick up their offensive game for the Wizards. Overall, I believe the Bucks will limit Wizard around 105 or so while will go past 110 themselves. I see the overall points range as 220-230.

Prediction: Well with Beal out, the Wizards lost their only definitive match-up edge. At the Forward-Center position, the Bucks can negate the rest of the matchups through Middleton, Giannis, and I believe that Portis is due a big night here and will come through. I see Dinwiddie picking up his game too in absence of Beal while one among Avdija or Kispert will pick up the shooting. However, I believe the Bucks will come through 117:106 in this game.