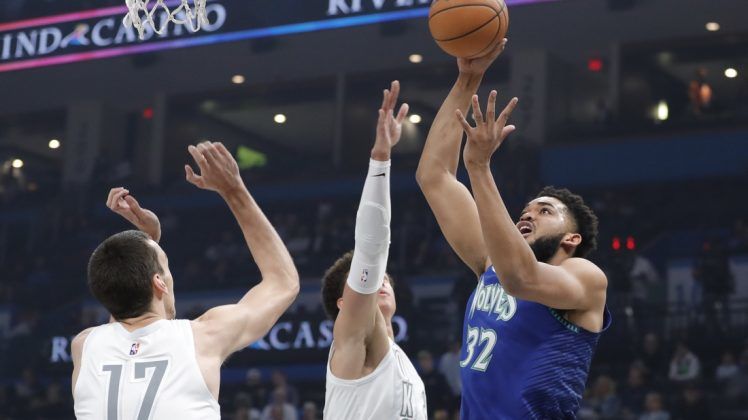 The NBA betting scene can be highly complicated but yes credit to the bookmakers who hit the nail right on the head more times than not. This doesn’t mean we can always predict the outcomes of games in this topsy-turvy league that keeps challenging established narratives and pushing the bettors to their limits. Most of the games surface in three figures and it is a challenge to keep up with the flurry of the games daily and like the teams themselves, my own suggestions have their winning and losing streaks. Keeping that in our mind, let us jump into the match between the Minnesota Timberwolves and the Oklahoma City Thunder.

The Timberwolves are on the rise and they have been one of the most improved teams this season, especially in the Western Conference. They are on a five-game winning streak and they have won 37 games and have lost just 29 games, and a lax schedule has surely helped them to get closer to the sixth standing in the West, but the seventh-placed team will surely need a lot of work to unseat Nuggets from there. On the other hand, the Thunder has been struggling for most parts of the season, the team has only won 20 games and is getting closer to 50 losses at an alarming pace. However, these were the expectations from the young team that has barely kept it up against elite teams of the league and for an inexperienced team, missing two of your key players can only spell for more losses. Will Timberwolves have another 20+ points blowout win here against the highly limited Thunder team? To know my game total and result prediction, jump to “Expert Betting Tips”. To know my player-based props prediction, jump to “Player Performance Prediction”.

Playoffs are knocking around!

The Timberwolves have built a strong offensive team and their bench has also improved with each month. Earlier, they didn’t have a deep scoring lineup but multiple young players have accelerated their game. However, the team is dealing with a lot of injuries and two of their key players in D’Angelo Russell and Anthony Edwards are questionable for the game. However, Center Karl Anthony-Towns has done a great job of being both an effective shooter and finisher in the paint as well. The team has been despite this season with Beasley, McDaniels, McLaughlin, Prince, and other bench players coming through time and time again. Can the Timberwolves seize the game if Russell and Edwards both miss out here?

To add to insult to injury, the Thunder, a team that has already lost a bunch of games, has only expanded the number of absentees. Lugeuntz Dort has been sidelined for the season while Josh Giddey has also missed a bunch of games and will be probably sidelined for some more weeks. Although Shai Gilgeous-Alexander has been lighting the league on fire with his multiple 30+ points outings, the team is just too short-handed at this point. This is why when they run into elite offensive games, where they get outmatched on a regular basis. The Thunder was at least fielding a strong defensive squad when Dort and Giddey were active.

Points Range: The Timberwolves have done a great job on the offensive end but if D’Angelo Russell doesn’t play, their one-guard position can be compromised but Jordan McLaughlin can surely act as a viable playmaker. On the other hand, the Thunder has been struggling on the offensive end but Shai makes sure that they get close to 110 or so on a regular basis even with Dort and Giddey out. Even if Russell and Edwards don’t play for the Wolves, I think they have enough weapons to go past 115 here. I see the Thunder also coming around the same range. I believe the total points range here is 220-230.

Prediction: The Timberwolves have hit the injury bug as of now but an easier schedule has helped their cause. Still, with Karl Anthony-Towns, McDaniels, Vanderbilt, McLaughlin, and Reid, they will have a strong offensive team. On the other hand, the Thunder has only found consistent production from Shai and it is clear the loss count and losing percentage is likely to increase from here. I believe the Timberwolves will clinch this 124:105.