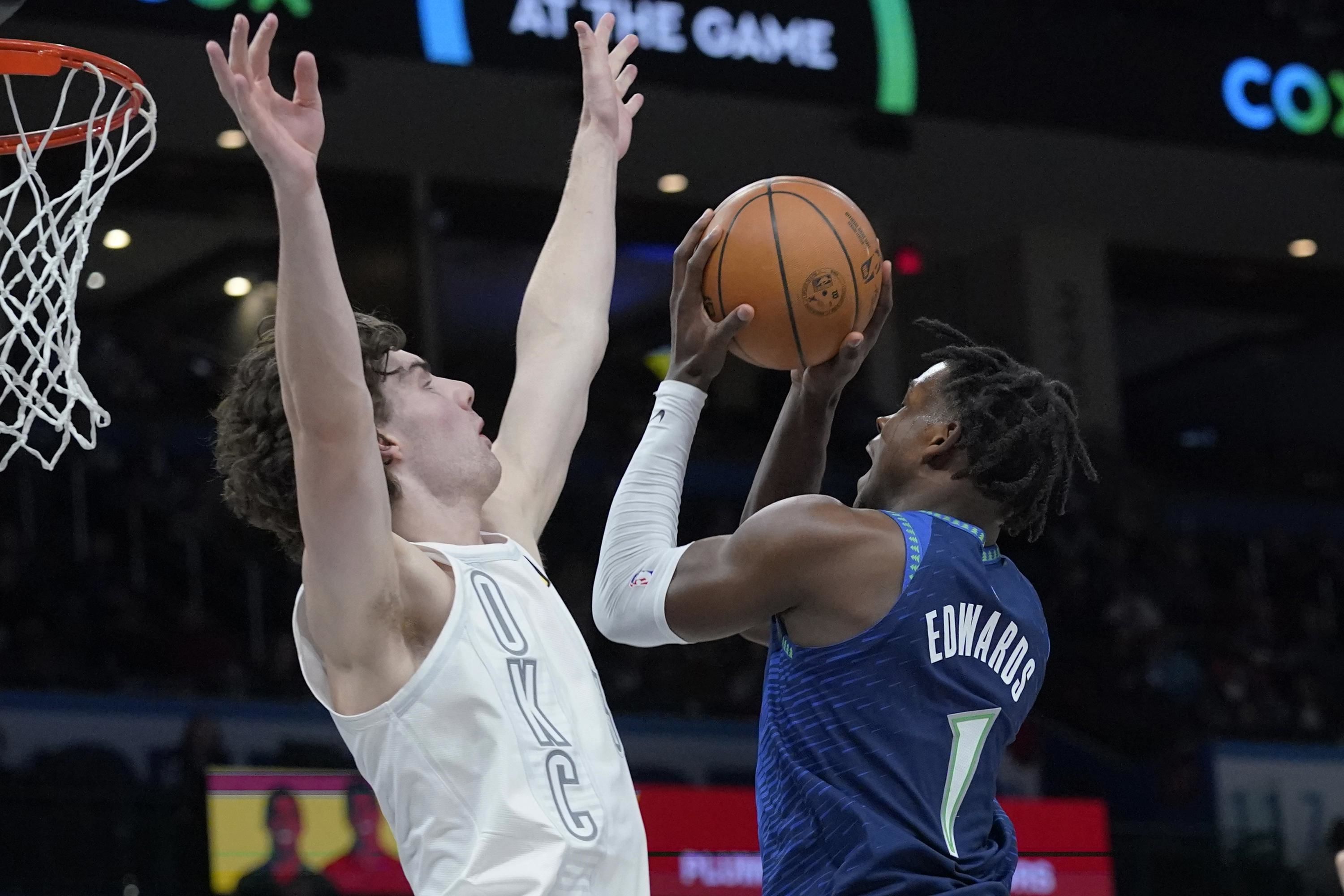 The NBA Regular Season is in full flow and the slate of games has been stacked up as the action will only heat up from this point. We have witnessed some incredible battles already and there is a high chance that it will be the case as we go deeper. In one of the more enticing battles, the Minnesota Timberwolves will take on the Oklahoma City Thunder.

The Timberwolves enter the affair after lodging one of the best wins of their season, as they defeated the Grizzlies 109:101 behind a 29 points performance by Anthony Edwards. This win ended a three-game losing streak and their defense finally showed up. The team will be without their premier big Karl Anthony-Towns for a month or so, due to which Edwards will be the key man considering that D’Angelo Russell has had an underwhelming season thus far.

After a slim run, Jaylen Nowell has been getting it done, scoring 15 or more in three games straight which is a needed boost. Rudy Gobert’s numbers are down across the boards and the Wolves system seems ill-suited thus far. The defense has been way too off at times and one of the reasons for that has been the absence of versatile Forward Jaden McDaniels. Without Towns, Russell will need to step it up to make up for his absence but thus far, he hasn’t clicked as expected.

The Thunder comes into the game after defeating the San Antonio Spurs 119:111 as young Jalen Wiliams did a great job of grabbing 27 points. The Thunder’s record isn’t anything special as they have 13 losses and just nine wins. They have won two of the last four but in an extended window, they have lost five out of seven games. The losses have been usually close as a revved-up Thunder has improved this season. Of course, having Shai Gilgeous-Alexander, who is one of the few still averaging over 30 points a game.

But the offense is rather overly reliant upon Shai as apart from him, no other player is averaging even 15 points a game. Giddey has been developing at the expected rate but Luguentz Dort has been disappointing from long-range. Rookie Jalen Williams has been a phenomenal presence and has displayed great promise. Pokusevski, Earl-Robinson, Mann, Wiggins, and Muscala are all decent role players.

Despite missing Anthony-Towns and McDaniels, the Timberwolves will fancy their chances of playing at home. Unlike the previous years, the Thunder can’t be taken lightly but their effort is going to be determined by the presence of Shai who is questionable. I believe the Timberwolves and Edwards will explode straight away and bring in a big win here. I predict a scoreline of 118:105 in favor of the Timberwolves