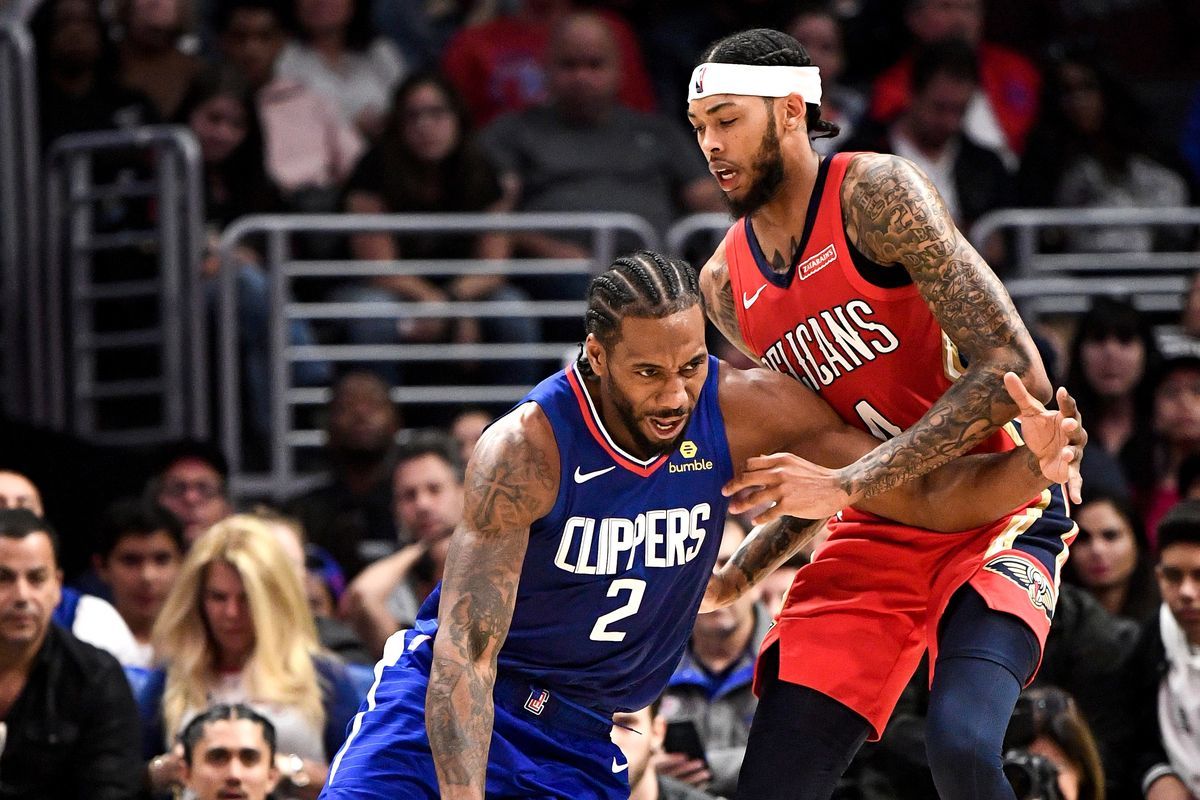 The NBA season is hovering around the 25% completion rate and soon the injury list can see an increase too. In this game, New Orleans visits the Los Angeles Clippers for a Western Conference match-up. Clippers are two games above the 50% win mark while Orleans has just five wins in 22 games. Simply head to the “Notes” section for quick notes.

Why Zion matters: Zion Williamson can play hard at both ends of the floor. He is a player with both athleticism and strength, thus inside defenders are overpowered by his frame many times. Zion is listed as a Forward but has a game that resembles a typical Center’s skillset too. With Zion in the fray, Brandon Ingram gets more open looks while the guards can also find more space on the perimeter. Beyond the statistical evaluation, if we look at the situation from the skillset standpoint, we can find that Zion Williamson helps the Pelicans be a better team on both ends and if he comes back, he can form a formidable inside scoring duo with Jonas Valanciunas.

They are on their best stretch..: For a team that has 17 losses and just 5 wins, three wins and three losses in six games are an accomplishment. That is how Pelicans have fared recently, the three wins have been against tough defensive squads and teams with a +50% win mark in Jazz, Wizards, and their opponent in this game; the Clippers. It means that the team has put on a better fight after beginning the season 2-14. The play of Ingram, Valanciunas, along with improved bench production are some of the reasons for those wins.

They should score more: LA Clippers have struggled during shootout games and their offense has recently been held under 100 a lot of times. The squad relies on the volume shooting of George and Jackson to open up offensive avenues while Bledsoe chips in with 8-13 points mostly. Morris and Zubac pair up for around 20 while Mann and Kennard give 7-12 points. It implies that the majority of the scoring burden is on the shoulders of Paul George and Reggie Jackson. But once either of them gets cold, the Clippers have given away big runs to the opposition and have lost the game. There is some lack of scoring depth without Leonard in the picture.

Their defense is their strength: The Clippers held the Warriors to 44 points in the first half during their last game. If not for the second-half explosion by the Warriors, the team could have kept it close. It means that the squad can contain early offense and usually keep teams below 105, which means it is an elite defensive group. The defensive efficiency of around 100 is the second-best in the league behind Golden State and the team gets it done both around the perimeter and inside as well. Of course, elite defenders like Bledsoe, George, and Mann are boons to stifle opponents.

Points Range: The Pelicans are the type of team that can go cold from the field and folds to under 100 points many times. The Clippers have the ability to take the juice out of the opponent’s offense. On the other hand, Los Angeles has not played well offensively since the last few days, the squad is due a 110+ points night. The scoring range seems to be 195-215 here.

Prediction: Pelicans are not among the favorites during most games but still they have beaten this Clippers team once. However, we still pick the Clippers as the winners with the scoreline of something like 107:98 in their favor.