New York Knicks vs Atlanta Hawks: Hawks are clicking on all cylinders 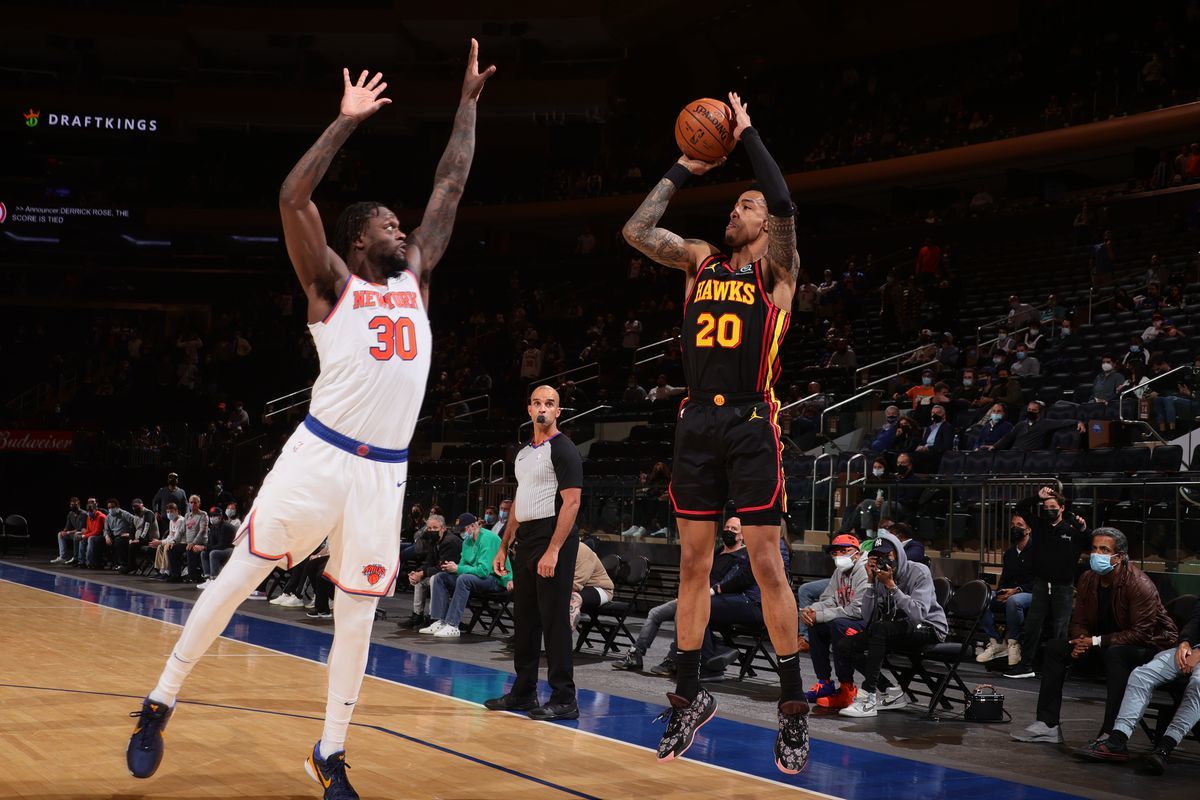 In this contest, the New York Knicks will face the Atlanta Hawks in a classic Eastern Conference battle. Knicks are just one game above the 50% win mark while Hawks are on a seven-game winning streak and have won five games in a row at home. For a quick look, simply head over to “Notes”.

Atlanta Hawks: Young is the key

The Trae factor: Trae Young has been on fire from the field recently. He has scored 30 or more in three straight games and has been pouring fire from the three-point line. With Trae in the lineup, you also get the easy buckets, he attracts major defensive attention and if you a big, all you need to do is get open. Trae is averaging around 9 assists per game and is virtually responsible for organizing the offense of his squad. With Young in the mix, Atlanta keeps the defense busy on the perimeter and expands the floor for the rest of the shooters and divers to the rim.

Who else is on fire?: Clint Capela had a damp start to the season but he has figured out his presence on both ends right now. John Collins gives around 15-20 points while Bogdan is a viable shooter from outside. Cam Reddish is inconsistent but can top 15 points on his day. Still, largely, it is the Trae factor that propels this Hawks team. One other area where Hawks have improved this month is the defensive side and have not allowed more than 106 points in the last five games, which is a top effort indeed. With the way things are meshing for Hawks right now, they can repeat as the Eastern Conference finalists.

Lack of offense: When New York built this current team, they had inserted two 15-20 point scorers in Walker and Fournier along with Randle and Barrett, both of whom had a great 2020-21 season. Now, Barrett has struggled to score recently and has even had trouble hitting the 15 points mark often. Randle is averaging around 20 per game but he has been a little off recently. Overall, the Knicks have struggled to make ends meet on the offensive end and need to be more consistent there.

How can they recover?: New York Knicks have glaring issues on offense and while their defense is not bad, the Suns had a 118 points party against the team. One fix for New York is an aggression on offense which the team lacks big time and playing more focused against opponents with winning records. The team chemistry on the floor for the Knicks looks off and they look drained out against quality opponents. How will they cope up against the Hawks team?

Points Range: Knicks have not scored 110 for two weeks now and if this is a shootout then someone would have to put the hand up and go for a big score. Hawks have put up 115 points or more in recent time. With Knicks’ struggles, the points range seems to hover between 200-220 in this game.

Prediction: Based on current form and playing on their home court, the Hawks seem to have an edge in this match-up. Knicks will need to produce something special in this game to come on top so the prediction here is Hawks taking this game.