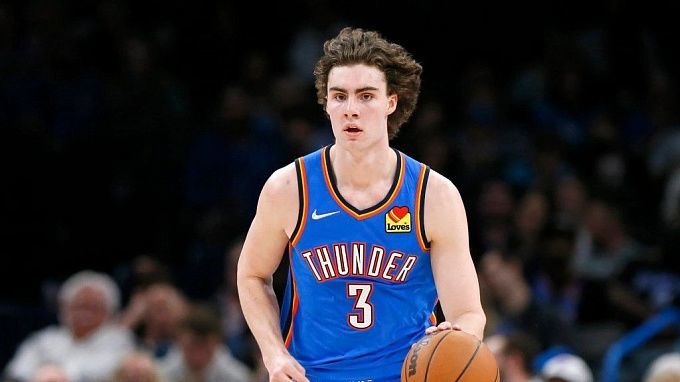 In the second round of the NBA Summer League in Salt Lake City, Oklahoma will play Memphis. Who will be stronger? Let's pick a few bets at once.

Oklahoma had a sensation in the first game of the tournament

More precisely, the sensation was made by one player – the surprising No .2 pick of the past draft Chet Holmgren. Light heavy forward had 6 blocked shots in game against Utah, scored 23 points, and helped his team to win, 98-77.

In addition to Holmgren, Josh Giddey – one of the most talented point guards of the franchise – should also be noted on the Thunder roster for the game with Utah. The Australian has 14 points, 11 assists, and a +22 assist percentage.

While Okla beat Utah by 21 points, Memphis had a much tougher time against Philadelphia. The final score difference was only 3 points, 103-99. The tone was set by the players who had already played on the main team last season. Center Xavier Tillman had 16 points, Ziaire Williams had 15, Santi Aldama had 13. Jake LaRavia, No. 19 pick of the last draft, scored another 13 points.

Oklahoma's lineup by Summer League standards looks very powerful. Giddey, Holmgren, as well as Pokusevski, Aaron Wiggins. These are all players who will be at the top of their game in the NBA very soon. It will be extremely difficult for Memphis to beat the Thunder. On paper, Okla looks like a clear favorite. So the bookmakers have obviously got their odds mixed up.