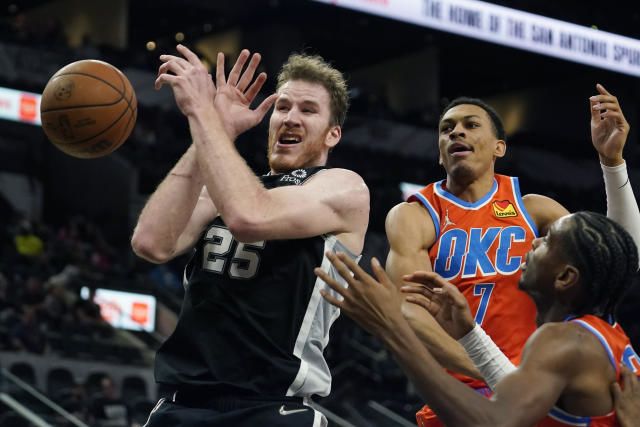 Like the teams themselves, when can go on winning and losing streaks when it comes to the betting/prediction scenario. So has been the case with my predictions, they hit a ten+ streak earlier in the month but have now been rather below the 50% win mark for the last couple of days. If I had to pick a team that signifies a win/loss record, I’d pick someone like Raptors or Nuggets, both with a few games above the 50% win mark but not quite elite yet. Well, isn’t it fair to compare NBA prediction by relating it to the NBA teams themselves? Which brings me to the next question, how do you bet my dear reader? Do you apply your gut, work out combinations or just look at the stats? For me, it is a mixture of all of these, but yes, even in the topsy-turvy world of the NBA, there are some regular favorites, look at the Suns! However, NBA betting is more than picking an outright winner, totals, handicap(point differentials either way), player props, team props, all come and have their own say. Anyway, let us jump into the Western Conference tussle between the Oklahoma City Thunder and the San Antonio Spurs.

The Thunder has been losing quite a bit this season and has an 18 wins and 39 losses record, and this is not a surprise for a team that is packed with rookies and inexperienced players. They snapped a five-game losing streak after they overcame a flailing New York Knicks 127: 123 in an OT game. They will be without their top two scorers in Shai Gilgeous-Alexander and Luguentz Dort here. However, this is not a bad opportunity for someone like Josh Giddey who is a rookie, and Tre Mann, also a rookie to develop their game.

On the other hand, the Spurs have been also struggling, with 14 more losses than wins. However, they have won three out of the last five games and remain in a strong position to eke out a Play-in tournament spot. All in all, the Spurs have been one of the best offensive squads in the league and they have at least a great foundation for the future. Of course, having a coach like Gregg Popovich helps out the team in various ways. On the other hand, the team traded Derrick White and brought in Josh Richardson. The Spurs will need to make a big push as the Playoffs are not far away, can the first take care of the business against a short-handed Thunder? To know my game total and result prediction, jump to “Expert Betting Tips”. For my player-based statistics prediction, dive into “Player Performance Prediction”.

Thunder’s tough season, Spurs will have to dig in

Thunder has been going on four+ games losing streaks on a regular basis. One of the major reasons for the team has been their lack of offensive production and low percentage from the three-point line. Oklahoma City will need to pick up their offense if they are to make the Play-in tournament but they are not among the main contenders to make it through the last few spots for the Play-in tournament. Still, if you ask me, they have some promise, and these are the reasons why:

Unlike the Thunder, the Spurs are an elite offensive team and they have been largely propelled by DeJounte Murray, their leading scorer, assists maker and steals leader. He is having a great season, leading all guards in triple-doubles and he has shown immense improvements in terms of scoring. However, unlike Thunder, the Spurs are not an elite defensive squad. Here are some pointers related to the squad:

Points Range: The Spurs have scored 124 or more in three of the last five games but the Thunder team doesn’t allow that many usually. But with Dort out, their wing defense can hurt, and covering the oppositions can be comparatively tougher. On the other hand, the Thunder has been struggling on the offensive end for the most part and if we take out the 120+ outing in the OT against the Knicks, they have been scoring in the 93-103 range. I believe the Spurs will score at least 114 here while the Thunder will be limited under 106 even against a so-so defense of the Spurs. I believe the total points range here is 210-220.

Prediction: The Spurs are a terrific shooting unit and their ball-sharing abilities have been enabling the team to come through on the offensive unit. I believe they will be able to crack through the Thunder defense here and I see the wing position with McDermott and Johnson combining for a big production. I think the Spurs can nab this one 116:103.