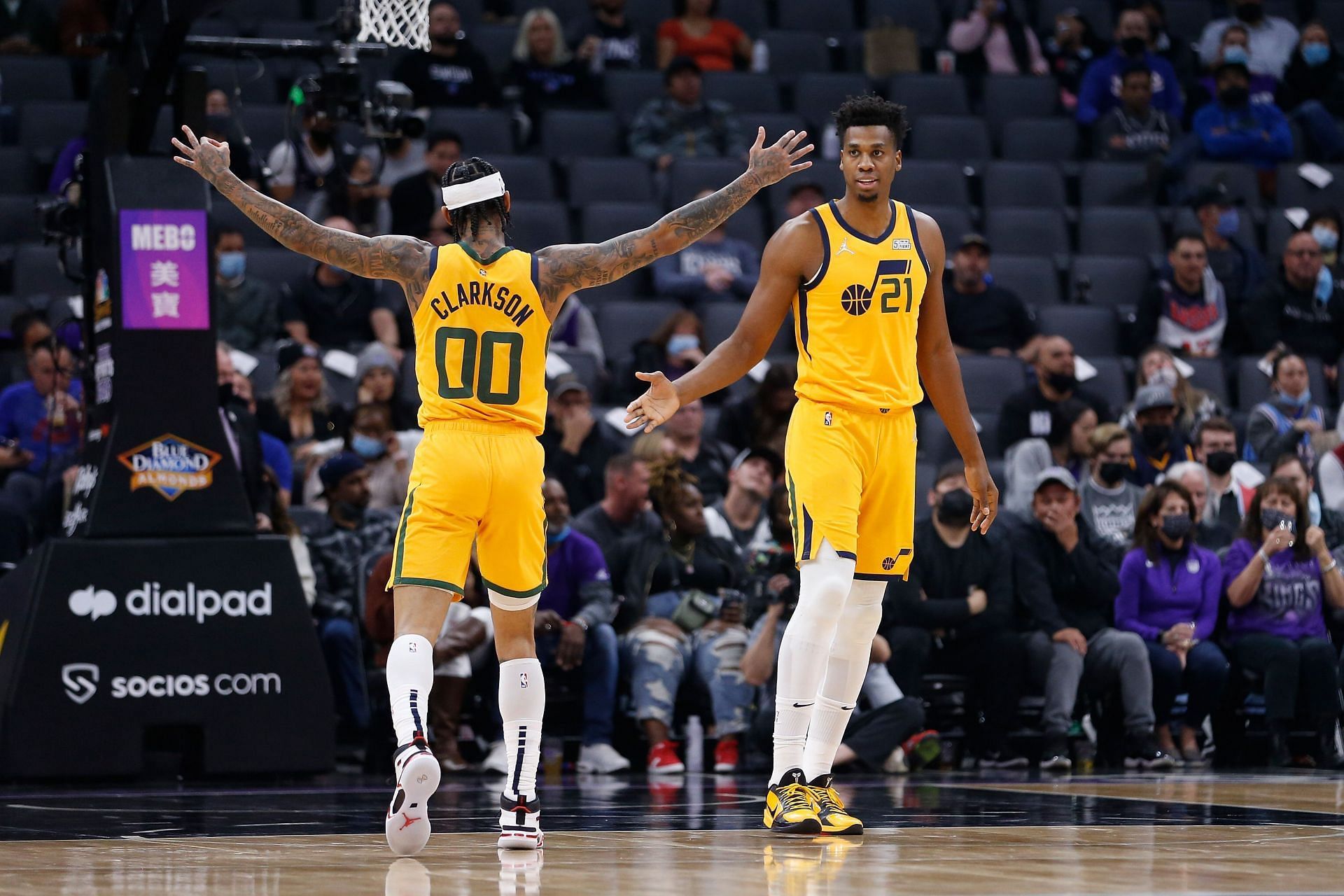 In this inter-conference tussle, the Utah Jazz visits the Oklahoma City Thunder. Jazz has 11 wins and six losses while the case for Thunder is just reverse with six wins and 11 losses in total. Thunder is yet to win against a team with a winning record while Utah does take care of teams with losing records. For a quick look, simply head over to “Notes”.

Enticing young players: Well the Thunder trajectory so far comes as no surprise. The team is in rebuilding mode and has a ton of young players. Darius Bazley, Josh Giddey, Jeremiah Earl-Robinson, Aleksej Pokuveski, who are part of the core are all first/second-year players while Shai Gilgeous-Alexander, Luguentz Dort lack Playoffs experience. Derrick Favors and Mike Muscala are the only experienced players in the lineup. However, Giddey, Bazley, Dort, and Shai have had some brilliant performances. Dort has scored a decent amount of points while Josh Giddey has shaped up to be an all-around talent. Darius is not that polished but gives decent scoring and rebounding.

Not much depth: As a result of the injury to Shai, the offensive reserves are extremely thinned down for the Thunder. Only Dort is a consistent 15 + points scorer while Bazley and Giddey have had some shooting struggles. Overall, the Thunder rank among the worst offensive teams and score the league-worst 98.7 points each game. Oklahoma is the only team to shoot under 41% for the season. On the defensive end, the team has shown some grit and has held teams to around 43.4% that is laudable for a young team. It is just that there is a lack of shot creators in the team which has hurt them.

There are some inconsistencies: Although Utah has scored 118-120 points in each of the last three games, there are some issues with the squad. Jazz has collapsed late in games and allowed the Grizzlies to run through them in the last game after the unit has secured the lead. It is not like last season when the squad put away teams with ease but it seems like this is not going to be a long-term trend. Utah’s defense statistically allows just 103.4 per game but there are times when opponents have seen through their schemes and overwhelmed them. Can Utah just sort out that end?

The depth doesn’t induce panic: Jazz returned with almost the same roster as the last season. With Mitchell scoring around almost 25 a game, Bogdanovic around 15, Conley around 12, Gobert around 15, Clarkson around 13-14, Royce around 10, there is no dearth of offensive options. It can be argued that the Jaz has one of the widest arsenals of offensive players in the league. With Michell scoring 25-30 regularly, even Clarkson and Bogdanovic can explode for 25-35 at times. If Jazz sort out the defensive end, the team will head for a top-three finish in the West.

Points Range: Jazz and Thunder are two different teams in many regards. Jazz has multiple iso scorers while Thunder barely has one without Shai. Let us assume the Thunder defense somehow stop Jazz to 105 or so and then scorers 95-100 points. The total seems to get in the 200-210 points range.

Verdict: The Jazz has an overwhelming advantage over Thunder in multiple spheres. It will be upset if Utah loses this one.