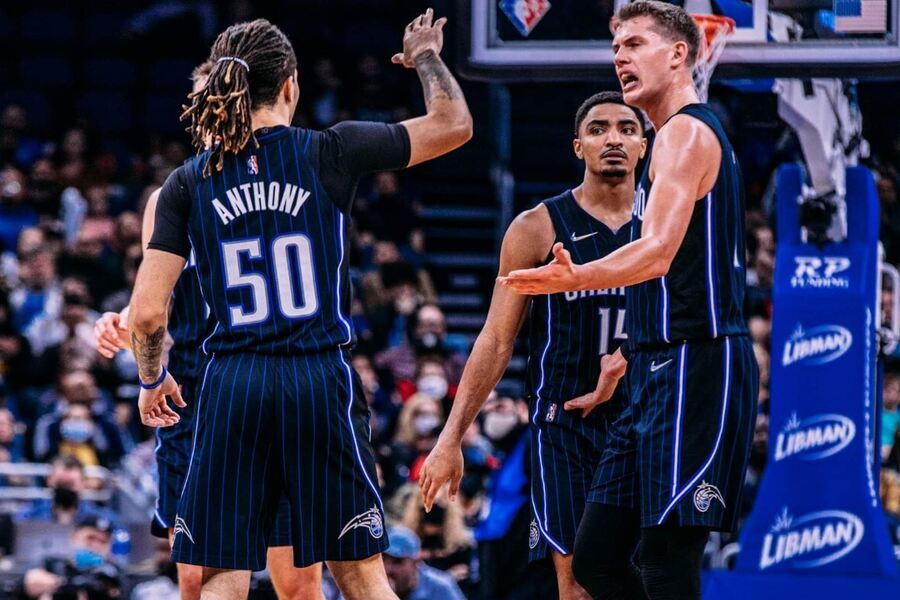 The NBA betting experience heads over to the Postseason window and let me tell you something, as a predictor, the current phase has been troubling because there are so many up and down results. Now it is the case during most of the season but currently, coaches and players are making a desperate dash towards seizing positions for Playoffs and many of the bottom-ranked squads have shown improvement as well. And then of course, when you take into account the nature of NBA betting, a point here and there can make a difference in winning or losing it. And that can be the case here too as the Orlando Magic host the Golden State Warriors.

Now the Magic is for sure among the worst teams in the league and hey what do you expect when you have two rookies, a sophomore, and two other fresh players in the league with no star power whatsoever. Not every rebuild is like the Grizzlies' one, where a team can simply become a title contender through the roster that has been built largely through the draft. The thing is that currently, the Magic has not been built to make a deep winning run and except for the play of Wendell Carter Jr., the rest of the team looks raw at the NBA level.

Coming back to Wender Carter Jr, he has really elevated his defensive play and has looked like the most well-versed Magic player, with his ever-increasing rebounding and offensive play. Rookie Franz Wagner can develop into an all-around wing, while Cole Anthony and Jalen Suggs have been a decent backcourt but have a long way to go in terms of shot selection. Mo Bamba has been a decent presence in the middle but again, his game still looks raw after spending some years in the league. There are some experienced plates like Moritz Wagner who come off the bench, but the team has been dry in terms of wins.

The Warriors were clinical to begin the season and it looked like they may finish with the top record in the league but that has not been the case. If we observe the winning record since the fifth of January, the team has won just one game above the 50% win mark, of course, you can attribute to the absence of Draymond Green, who is the team’s defensive anchor. Now with Curry out of the picture, Green will have to take on the playmaking duties at a high keel but there is a sense that this injury can also help other players to develop their rhythm.

Still, we can’t take the Warriors for granted, sure the results have not followed, but look at the lineup. Poole and Thompson can combine for 40-55 points, Wiggins, Kuminga, and Porter Jr. make up for a versatile Forward rotation, while Green can help in terms of the screening action, playmaking, and brilliant defense. The role of Wiggins is huge at this point because if one of the guards is having an off-night, he will have to pick up the burden on the perimeter. Porter Jr. had 16 points and 16 rebounds in the last game but overall, he is a limited offensive player. Who among Wiggins, Poole, and Thompson will be the ace down the line? I believe it will most likely be Poole.

Points Range: The Warriors scored more on average than the Magic and with Poole, Wiggins(QUESTIONABLE here), Thompson, Green, Looney, Bjelica, Porter Jr., and Payton II, there are a lot of shot creators, slashers, but yes, there is a lack of playmakers, and Green’s role has increased in that regard. For the Magic, Harris has been a bit wayward shooting-wise and even Franz Wagner has struggled for around a month now, so the burden will shift upon Cole who can have his own shooting issues. The most reliable option seems to be Wendell Carter jr. these days. Defensively, if Green gets his mojo back, the Warriors can regain their early-season ways when they weren’t even allowing teams to go past 105. On the other hand, the Magic’s defense has improved but against elite teams, they have suffered a bit. I see the total points range as 210-220.

Prediction: The critical aspect for both teams will be how they respond to each other’s defense early in the game. The Warriors struggled to establish a rhythm early against the Spurs and as a result, they couldn’t build any lead and had to play catch-up. The Magic has the tendency to lose the way midway during many games and this is where the Warriors were effective versus the Spurs. I believe the Warriors can try a small-ball lineup of Poole, Thompson, Wiggins/Kuminga, Porter Jr, and Green here because Porter can bring in more than decent rebounding alongside Green to counter Bamba and Carter Jr. I see the Warriors putting on a strong defensive game and taking this game 109:103.