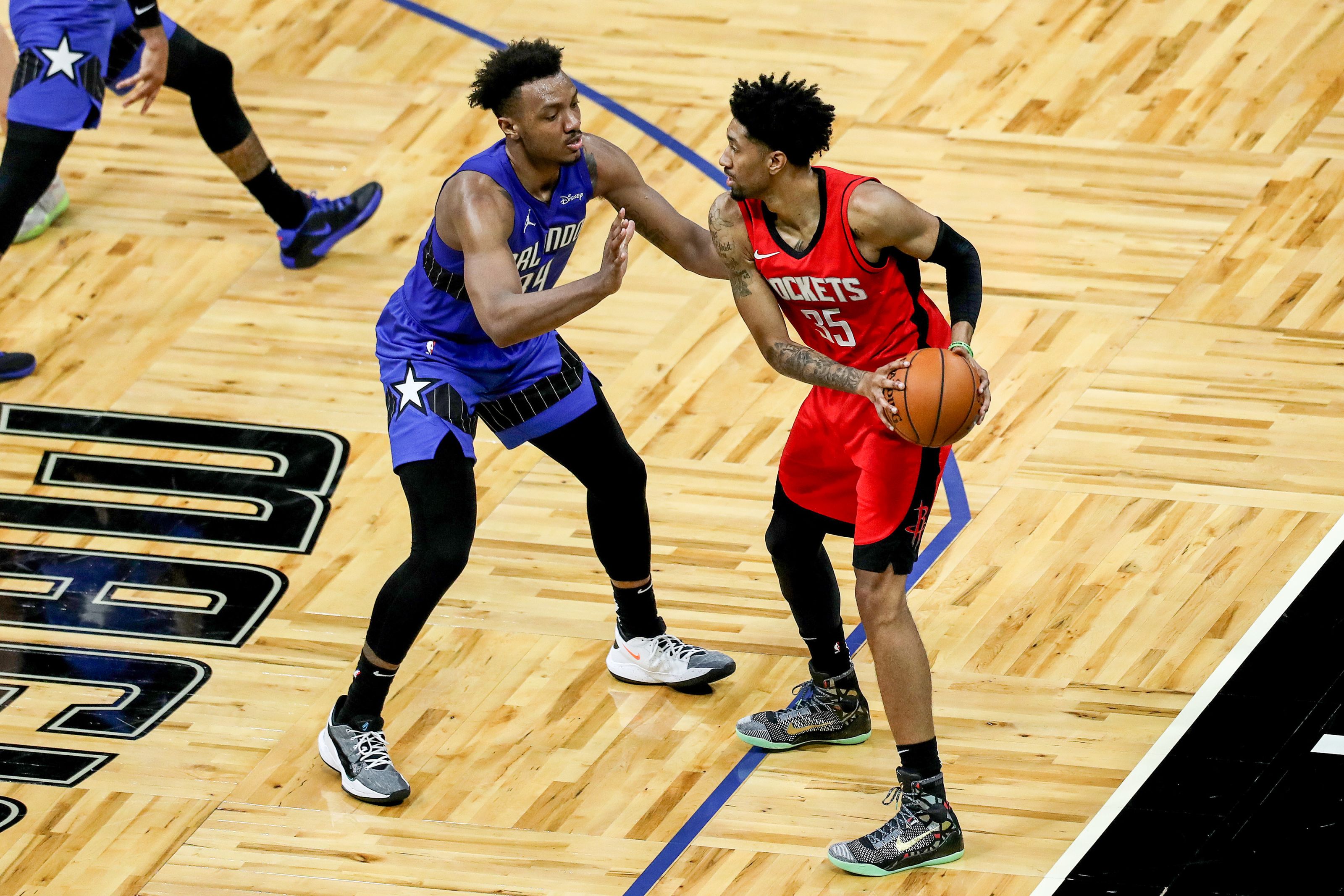 NBA betting is a tricky affair and I keep saying it due to the large number of close calls we have seen throughout the season. As a writer, I can hand out certain suggestions but there is no guarantee that they will land. Sure, most of the time, the favorites are going to win it, but the NBA prediction affair is more than about outright winners, there is the total count, point differential, player-related statistics, and much much more. And this is what makes the whole scenario so versatile, there are varied results and this is what also makes it so fun at the same time. Keeping that in mind, let us jump into the tussle between the Orlando Magic and the Houston Rockets.

Both teams are at the bottom of the table in their respective conferences and have the tendency to go on lengthy losing streaks during different periods. The Rockets have just 15 wins and 43 losses while the Magic has a mere 13 wins and a humungous 47 losses. Both teams are clearly heading for the lottery and while the Rockets will enter the affair on a seven-game losing streak, the Magic will come into this tussle on a four-game losing streak. Clearly one of these bottom dwellers will break the funk, which team will it be in the inter-conference battle? To know my game total and result prediction, slide to “Expert Betting Tips”. For my player-based statistics prediction, hop over to “Player Performance Prediction”.

Orlando Magic has been having another difficult season and they are going through a rebuild. They have a main five composed of young players, a couple of rookies, a sophomore, and two other players who lack playoff experience. Overall, this young team has been unable to build chemistry and sustain any rhythm. However, it doesn’t mean that the promise, Wendell Carter Jr. has shown wonderful all-around potential, Cole Anthony can be a tremendous scorer and playmaker down the line, Jalen Suggs has shown both scoring and playmaking potential, Franz Wagner has made a lot of noise in his rookie season, meanwhile, Mo Bamba has given solid minutes at the Center. The Magic can either work out a deal around their lottery pick next season or perhaps bring in another young player. But yes, the potential is immense despite the painful season.

Rockets have their own troubles

Rockets have been going on big losing steaks time and time again, the team did have a surprising seven-game winning streak around late November but things have been rather downhill from here, as the squad has lost 27 out of 35 games since then. However, this was to be expected from Houston and the abysmal record doesn’t bring many surprises. There is a lot of work to do for the Rockets management. Except for the backcourt, the young talent is rather short on supply as of now when it comes to wing and the frontline. Talking about backcourt, Kevin Porter Jr. and Jalen Green have looked solid but have ways to go in terms of shot selection and consistency. While Christian Wood and Eric Gordon have provided experience and Jae’Sean Tate has been decent as well, the Rockets have a lot of work to do when it comes to young talent. Can Alperen Sengun become something special down the line?

Points Range: Both teams have struggled on the defensive end before the break and have been among some of the most struggling defenses throughout the season. Still, on average, the Magic has been slightly better than the Rockets on defense. There is always a possibility of a high-scorer in such scenarios. Scoring-wise, the Rockets have scored a bit more compared to the Magic but don’t come into this contest with any decisive edge. I believe both teams will go past 107 here but the Magic’s defense will likely be better. I see the total points range as 220-230.

Prediction: As much as these teams lose, whether home or away, it is tough to predict these types of games. Match-up-wise, the Magic has shown more depth in terms of all-around talent and versatility but the Rockets can extract the Center match-up advantage. The guards' match-up will be crucial for both the teams and in that sphere, the advantage is also unclear. I believe that the Magic will figure out the Rockets in this game and take this contest 118:110.