Philadelphia 76ers vs Atlanta Hawks: Sixers should get the win here 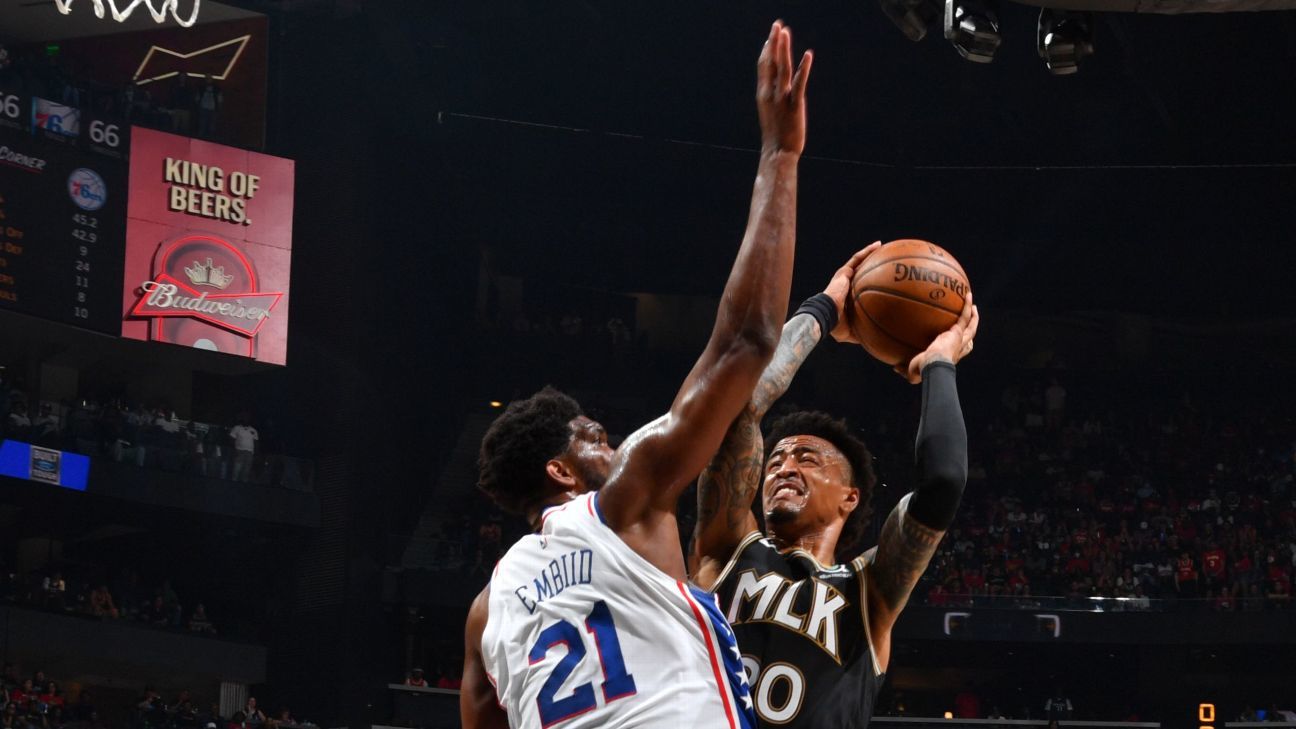 COVID-19 has become the major irritant once again and has hampered the blossoming NBA season. Both teams who will play here have a ton of their players in the health & safety protocols. Still, as of now, Joel Embiid seems to be active and that can be enough for the 76ers against a watered-down Hawks team that is virtually without a playmaker. This can open multiple opportunities on defense for the 76ers who can eke out a win here. This is a brief analysis, keep reading for furthering the information about both teams. To know my total and game result prediction, jump to “Expert Betting Tips”.

Hawks have their work cut out

Piece written in advance so there can be changes to lineup

Hawks figured out late in the game how to run their offense versus the Magic when they scored 37 in the last quarter, still unable to crack the 100 points mark. That is understandable, both playmakers Young and Huerter were out and different players had to step up in terms of handing over assists. Still, a 34 points performance by Reddish and a 28 points outing by John Collins holds certain promise for the Hawks team. The trouble in this game can be that the 76ers are a better defensive squad than the Magic and will not permit similar avenues. Still, Collins and Reddish can put a dent on the 76ers but perhaps, they will need from other plays as rest of the players didn’t even crack double-figures. Now, how will Atlanta defend against a much-more balanced 76ers effort.

76ers are missing Danny Green, Andre Drummond, Georges Nianig, and Shake Milton as the regular rotation players at the time of writing this piece Guess what, they still have Seth Curry, Harris, Embiid, and Mattis Thybulle, plus high-scoring guard Tyrese Maxey can also be active for this game. Embiid can get 30 or more if Capela continues to be unavailable for the Hawks while Harris and Curry can expand the shooting range of the team with 20-26 points each. That is why I believe the 76ers can get past 100 points and the biggest headache will be handling the Joel Embiid threat in the middle. The 76ers are a formidable defensive squad and again with Embiid in the middle, the Philadelphia outfit can prove to be too much for the Hawks.

Points Range: The Hawks had trouble reaching 100 in the last game and they will face more challenge from the 76ers team which can carve out quality defense courtesy of Joel Embiid at the Center. Now, if you look at the Hawks, Bogdanovic, Reddish, and Collins jump out as the key players and at least two of the three players should have a big 25+ points night. Defense can be an issue against inside-outside passing propelled through Embiid in the middle and Philly can annihilate the Hawks in this game if their passing game gets going early. I think Philly can get close to 105 or even get up to 110 here, meanwhile, the Hawks will have some problems getting near 100-105 points. The Total Points Range here can be 207-217.

Prediction: Embiid is the key, if the Hawks somehow shut him down, the Atlanta outfit will have some decent chance of winning the game. The 76ers can give trouble from outside too but here is a thing, with Delon Wright, Bogdan Bogdanovic, and Lance Stephenson didn’t shoot well in the last game and much of the reason has been being outside of the NBA game action. Can someone like Dieng and Okongwu put together something special here for Hawks? Anyway, I think the 76ers will win here 109:96 especially if Embiid, Curry, and Harris are good to go.