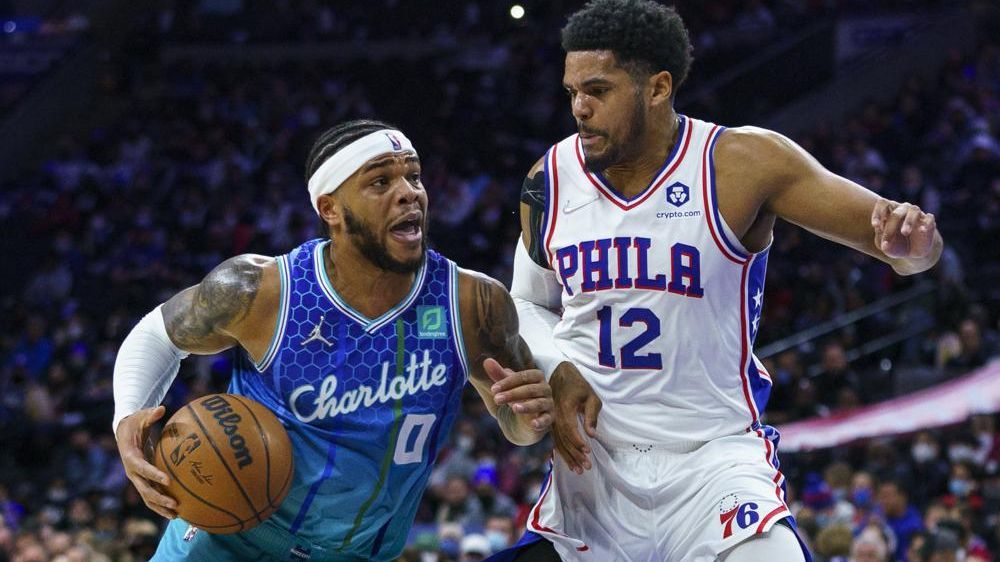 A’ight, let us talk about this game. On one hand, we have the Philadelphia 76ers, a team that is in the top-four rankings, and on the other hand, we have the Charlotte Hornets, that are in the Play-in tournament bracket that hosts teams ranked from sixth to tenth ranks. The Regular Season will end in a few days so these two are in tight tussles in their own brackets to up the rankings. More about the Philadelphia 76ers and the Charlotte Hornets will be given below. If you want to straightaway know my prediction and betting odds, jump to “Expert Betting Tips”.

Three tough losses from the 76ers

The Philadelphia 76ers have lost three games in a row. First, they suffered a 104:114 loss to the league’s best Suns then they suffered a heartbreaking 116:118 loss against the Bucks but the last one must sting the most as the Detroit Pistons held them below 100 and won 102:94. James Harden shot below 30% in the last game and his struggles are many times reflected in the end result. The trouble is that there is not much bench depth when it comes to the 76ers and the team has to end up relying on their four-major starters for offensive production.

Joel Embiid is having an MVP-level season and he has continued to dominate the opposing Centers with his high-quality scoring and rebounding. Despite his struggles, Harden gives elite playmaking, balanced scoring, and also can pull down a bunch of rebounds. Tobias Harris and Tyrese Maxey act as third options and their role is huge considering the 76ers lack any form of production off the bench. How will the 76ers navigate their lack of depth moving ahead considering that an injury to any one of their starters can derail them with Playoffs moving close?

The Hornets need a big push

The Hornets have been doing a great job of winning against strong squads lately and there is no doubt that their intensity is way up compared to February. They have won three out of their last four games and if we look at the larger picture, they have registered eight wins in the last ten games. They are tied with the Nets and Hawks in terms of record, with the three teams having 40 wins and 37 losses. With each team still having five games to play, we may see a last-day finish for the sixth to tenth spot as the sixth-placed Cavs have also lost their way.

Miles Bridges has done a great job as a scorer recently and has led the team in multiple games. LaMelo Ball has also improved his efficiency compared to last season as a playmaker and a scorer. Terry Rozier has been doing a great job as an isolation scorer but he will need to up the ante further. On the other hand, the return of Hayward will give the team an additional playmaker and scorer, and the team looks incredibly balanced when he is in the fray. Washington has been a significant scorer too while Cody Martin has gotten it done defensively. The play of Kelly Oubre Jr. has dipped significantly.

Considering these players are available, below are my player-based prop prediction:

Points Range: The Hornets are the top five teams when it comes to pace and they can get a bunch of shots up in hurry. The up-tempo style is helped by the fact that LaMelo Ball is a strong rebounder and can push the tempo with his brilliant speed off the dribble and also his beautiful court vision. Apart from him, the presence of Terry Rozier and Miles Bridges gives the team additional scoring options. For the 76ers, Embiid is the leading scorer and his great feet movements are difficult to keep up with. Harden has been a bit off but he knows how to get it done too on the offensive end. Maxey and Harris can also have big nights every now and then but their touches have decreased. I believe both teams will have solid offensive outings and the total points range looks 230-240.

Prediction: Despite three losses in a row, the 76ers will not be easy to fend off, especially on their home floor. Their defense has been tight more often than not but the Hornets can break that defense with their uptempo style and the wealth of scoring options. It will be to see how the slow-paced and methodical 76ers matchup against the springy Hornets. I see a close battle here but the 76ers extracting a 118:114 win here. I still give Hornets a decency 44% chance of winning.