Philadelphia 76ers vs Denver Nuggets: Philly is lost without Embiid 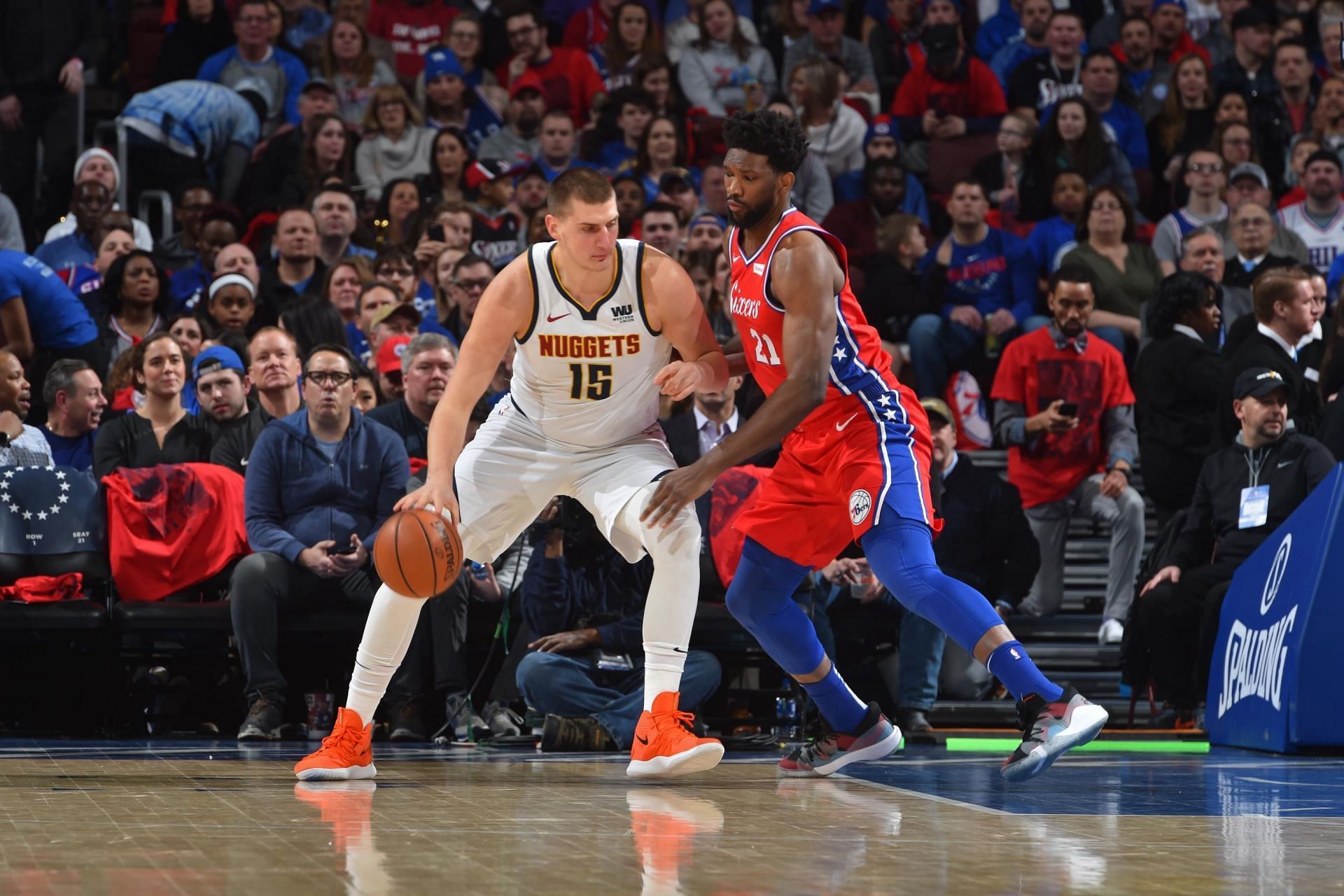 The Denver Nuggets host the flailing Philadelphia 76ers in a cross-conference affair. The Nuggets have done an admirable job of winning a bunch of games without stars in Porter Jr. and Murray. On the other hand, Philly has lost the way without Joel Embiid and has lost five games in a row. For a quick overview, head to the “Notes” section.

Denver Nuggets: Jokic and co. grinds it out on defense

Defense chokes opponents: Nuggets is the only team that has allowed under 100 points this season. Before a 111-101 loss to the Mavericks, the team had won five games in a row and limited all opponents under 100 which includes four high-scoring teams. Nuggets are a great rebounding team and allow only 43 rebounds per game, which makes for a top seven effort. The Jokic-centric offense is placed in the bottom seven and the Nuggets score around 103.6 but play a slow brand of basketball, ranked third-lowest in pace(98.0).

Jokic saving the day: Nikola Jokic leads the Nuggets in points, rebounds, assists, and steals, and is the heartbeat of the Nuggets. His ability to get triple-doubles while scoring more than 25 points on most nights makes him a wonderful player. With Murray and struggling Porter Jr. out with injuries, Will Barton has given the oomph to the offense averaging around 16 points per game. Monte Morris has given superb shooting and has combined for around 24 points per game with Gordon. The bench is running thin with two regular starters out but the Nuggets keep churning out opponents through their discipline.

No answer on either side: With no Embiid and Mattias Thybulle in the fray, the defense has turned pale. Philly has to field a three-guard lineup mostly and the lack of size has enabled opponents to stack 115-120 points in each of the last four games. The offense is alright but doesn’t make up for the lack of defense as indicated by the 85 points outing versus Jazz. The Philly team has also not received contributions from Korkmaz and Seth Curry recently with the latter running cold after scoring 15-25 points regularly early in the season.

Great Guard depth but no frontline running thin: Tyrese Maxey has turned it on in absence of Simmons, scoring 30+ points in two of the last five encounters. Milton can also score 10-20 points when given minutes while Seth Curry despite his slump can shoot the lights out. Tobias hasn’t had a big game in a long time and that is why the offense hasn’t been as clinical to cover up the defensive deficiencies. Drummond is a great rebounder but the new style of basketball doesn’t seem to fit him that much. Korkmaz will need to stitch together some efficient shooting nights if he has to remain a factor on the floor.

The Nuggets have the edge in three terms; they are playing at home, they have a better record and they play tough defense. Without Embiid, who will stop Jokic? On the other hand, the Sixers will expect Curry and Harris to produce better returns. Can Maxey continue his hot run, will he have his chances if Barton doesn’t suit up for this game?

Prediction: Nuggets will win and the Sixers will continue leaking a large number of points.