Philadelphia 76ers vs Detroit Pistons: Will the 76ers rest their starters? 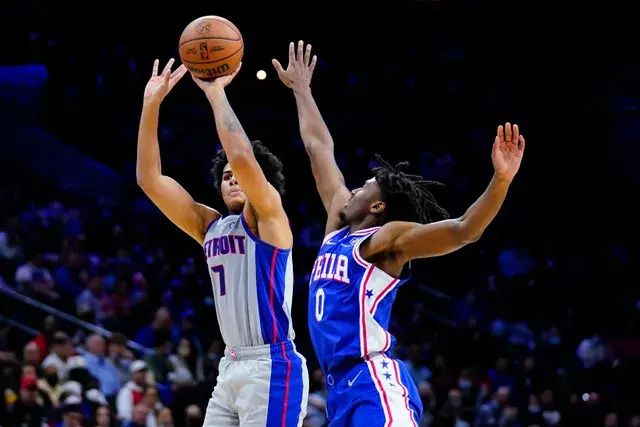 The 76ers will be in the hunt for the title

Of course, with Joel Embiid playing his best basketball, there is no doubt that the 76ers will confidently enter the Playoffs with the hopes of grabbing a championship. And when you have James Harden running the Point Guard position, there are a lot of open looks for players. Even though he has struggled to have a higher percentage from the field these days, I believe his experience will guide him to get out of the funk and get back to his dominant ways.

On the other hand, Tyrese Maxey has developed into a terrific isolation scorer and he can be a strong player in the Playoffs, bailing out the 76ers during tough stretches. Tobias Harris is also a key part of the scheme as a rebounder and even if his scoring is down, he can at least supply double-digit points. Danny Green and Matisse Thybulle will be entrusted to play out the defensive end and they have done well. The 76ers can still finish in the third position, where they can fetch a match-up with the Bulls, which is more favorable than facing the revved-up Raptors.

Pistons have a lot of promise

Surely, being one of the bottom-ranked teams means that the Detroit Pistons had a tough season and they were not even close to reaching the Play-in tournament at any point in the season. But this was as expected, considering how inexperienced and young this team has been. The Pistons still have built a solid foundation with their young players. Cade Cunningham improved his scoring significantly in the second half of the season and he is set to have a strong career.

Jerami Grant’s future is unclear with the team, but he is in his prime, and sticking around with him will help the Pistons unless they acquire a star-level player in return. Saddiq Bey has been a knockdown shooter from deep and he can get even better. Isaiah Stewart has been chippy on the defensive end, leading the team in rebounding but the team still needs better perimeter shooters. On the other hand, while Killian Hayes has been a defensive dynamo and has been a viable playmaker, and an improved shooter, the team will still need better perimeter scorers.

Points Range: I am confused about whether the 76ers will field their full-strength lineup here considering they played last night. However, there is a lot to play for when it comes to the 76ers because they’d want to finish at the third position and clinch a match-up versus the Bulls, which is better than facing an amped-up Raptors first-up. If the 76ers do end up fielding their full-strength lineup, they can deploy Joel Embiid in the middle who may end up getting the MVP award and he can compile another big night. Meanwhile, the Pistons’ chances will highly hinge upon the availability of Cade Cunningham, who has made this team better offensively. I believe the total points range here is 220-230.