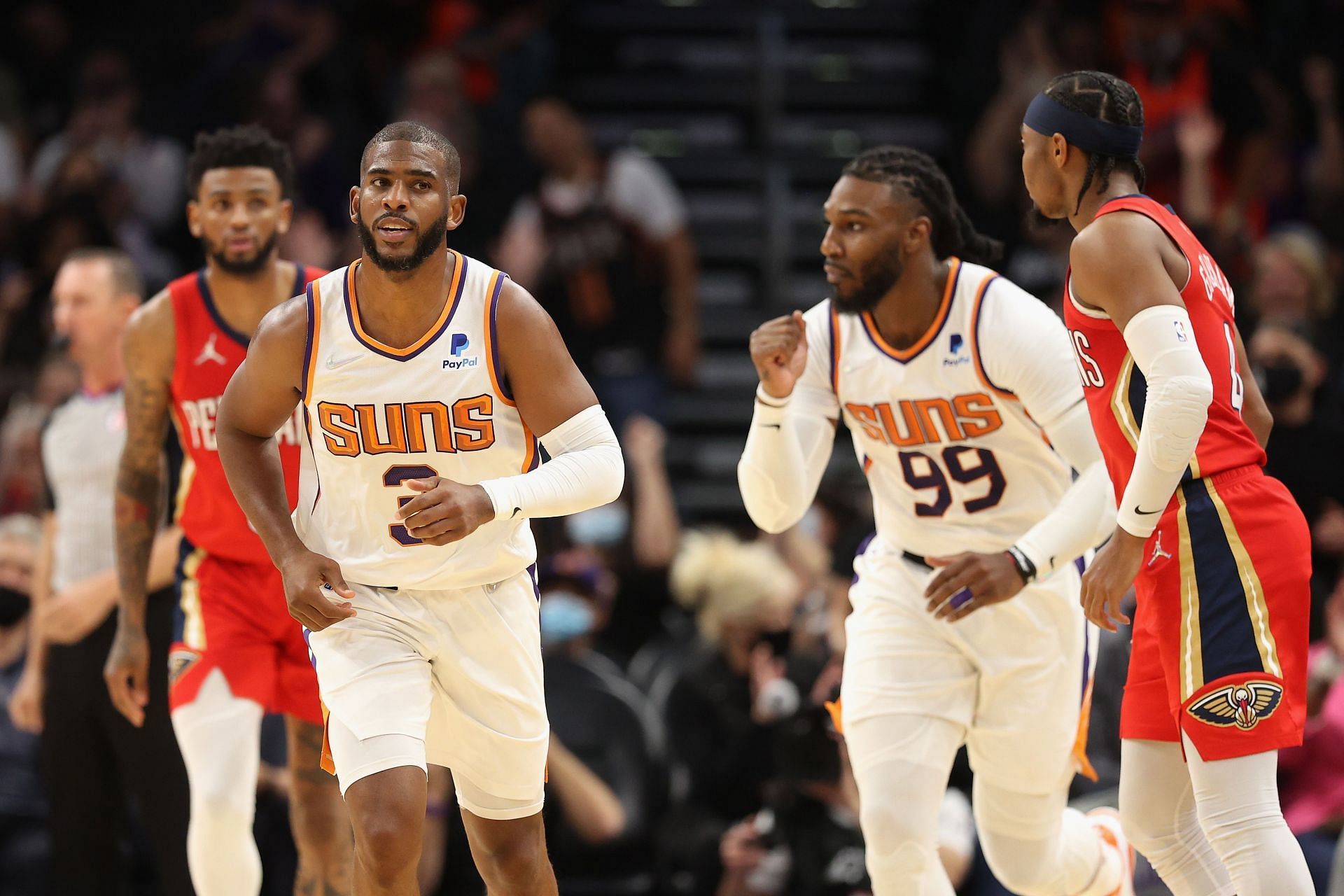 The NBA betting scene will be taken by the storm as the postseason nears. Why so? Well, the Playoffs are edging close and this indicates a push for the spots to solidify the Playoffs position. Before the Playoffs, there will be the crucial Play-in tournament between the teams that rank seventh to tenth in their respective Conferences. The race to the Play-in spots is intense for varied reasons as teams look to figure out combinations that can help propel a big push. And well, with much of the picture getting clear by each day, the coaches have a lot of tasks at their hand. And talking about the task at hand, the New Orleans Pelicans visit the Phoenix Suns.

The Pelicans have played some underwhelming basketball for most parts. Because of that, they are the twelfth ranked team at the time of writing this piece and their 23 wins and 36 losses record is tied with the San Antonio Spurs. Both of these teams are in a tight tussle for the tenth spot against the Portland Trail Blazers, a team with 25 wins and 35 losses, but staring at a tough schedule ahead with their leading Center and Guard out. Can the Pelicans make a push for the Play-in spot?

On the other hand, the Suns have no worries about the Playoffs so far. They are at the top of every team with 49 wins and 10 losses, the only team even close to 50 wins so far. However, they will perhaps play the rest of the Regular Season without their leading assists maker in Chris Paul but with Devin Booker and a deep rotation, their chances to seal the top spot in the West are by no stretch slim. The Suns won their first game without Paul and Devin Booker aced the playmaking test. Can they continue that versus the Pelicans in a back-to-back night game scenario? To know my game total and result prediction, go to “Expert Betting Tips”. For my player-based predictions, slide over to “Player Performance Prediction”.

Suns without Paul are still formidable

Phoenix Suns will be tested against tough teams without Chris Paul but Devin Booker has evolved as a player and playing alongside Paul has brought a ton of maturity to his game. He is surrounded by an incredible slasher in Bridges, a premium inside scorer in Ayton, a brilliant two-way big Forward in Crowder who can make his open shots while Johnson, Shamet, McGee, Holiday, and Craig round off a wonderful supporting cast. The Suns have built a team that is able to read game situations better than any other in the league and that is why their record is not a surprise. Considering the rest of the schedule, the Suns can end up winning around 65 games and enter the Playoffs on a high note.

The Pelicans acquired CJ McCollum a couple of weeks ago and while he has been shining brightly, the rest of the unit has left something to be desired. The biggest concern has been the Point Guard position where Devonte Graham shot horridly for a long period before the All-Star break and the guard depth outside CJ McCollum is questionable as of now. Herbert Jones has shown immense promise as the two-way wing while Brandon Ingram is still adjusting playing alongside McCollum and his performances may well decide the direction that the team will take from here. Jonas Valanciunas has been highly impressive in the middle and his ability to notch boards and score are both a blessing. Jaxson Hayes has been impressive off the bench as the inside scorer but the Pelicans need much more from the bench.

Points Range: The Suns are enthralling at their home floor in terms of scoring and have compiled 114 or more on a regular basis there these days. Defensively too, they are dialed in at the home and have given even elite offenses trouble game in and game out. Do remember this will be the second game on the second night for the Suns and they played away from home last night. On the other hand, the Pelicans have been scoring well courtesy of McCollum, cracking 109 or more regularly however their defense has given up 120 or more twice in a row. However, I see the Pelicans coming up strong here and score past 110 here. I see the Suns hovering around that range. I believe the total points range can stretch to 230-240.

Prediction: It isn’t wise to bet against the Suns these days and well, even without Paul, they have a lot of tools in their bag to triumph opponents. On the other hand, the Pelicans have been struggling these days and they have lost four out of their last five games so perhaps betting for them hasn’t been wise. However, I believe the Pels will come with a strong effort here and push the Suns to the limit hence forcing a close game that can go either side. Still, I think the Suns will win this 119:116. I wouldn’t be surprised if Pels flip the tables here and play one of their best games all season long.