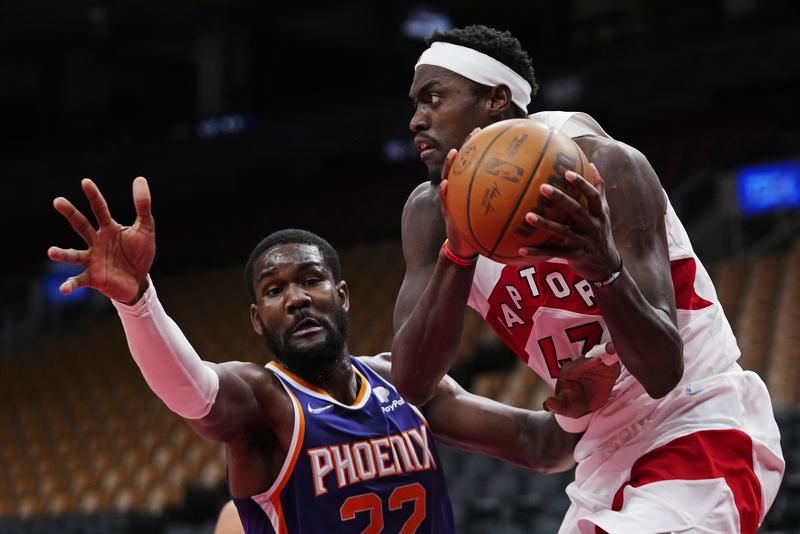 NBA betting is a tricky scenario and as we plunge into the postseason territory, we are ought to see a lot of upsets as the teams on borderline show more desperation and look to pull off tough wins. This is highly important for all squads that are both in the Playoffs and Play-in territory as the window to make a comeback collapses with each day. This is a high time for most teams now because as we head toward the postseason, each game only become more important. And keeping into that mind, let us jump into this game between the Phoenix Suns and the Toronto Raptors.

The Suns continue to be the best in the league, having compiled 53 wins and 13 losses. They have been keeping the winning run alive even with Chris Paul out and now that Devin Booker has been cleared to play after a week-long absence, they will be in line to get in the 62-65 wins territory. There is no doubt that the Suns look primed to make at least the West Finals at this rate.

On the other hand, the times are trickier for the Raptors, a team that is on the edge of the Top-six spots. They have been struggling because first OG Anunoby went down and then Fred Van Vleet also grappled with injuries. The team has won 35 and has lost 30 games. They have lost three out of the last four games but with Fred potentially active, they can field a strong lineup. Can they fend off the league’s best Suns away from home? To know my game total and result prediction, slide over to “Expert Betting Tips”. To know my player-based predictions, slide to “Player Props Prediction”.

The Suns have continued to pour pain on oppositions, and they have been both an incredible home and away from home squad. They have won four out of the last five games, and in fact, they have been doing even more damage when Paul has been active. The team has been the only one to win 50+ games in the league and they are probably going to remain on top at the end of the Regular Season. What makes the team special is adjusting to the playing style of different teams and they are routinely effective in both half-court and fastbreak scenarios. With Booker, Payne, Bridges, Crowder, Ayton, Shamet, McGee, Holiday, and Craig, the team has pesky defenders, shot creators, playmakers, close-to-the-rim finishers, rebounders, and versatile players top to bottom.

The Raptors are at the seventh spot in the East, and they are still quite far away from catching up to the Cavaliers. Remember finishing in the first to six rankings mean you skip the Play-in tournament and register your ticket to the First Round, while if you come in the 7-10 rankings, you play a Play-in tournament, however, the seventh rank holds a lot of sways as it means you can just qualify after a singular win in the Play-in tournament. However, the road to seize a higher spot has become tougher because, without Anunoby, the team has lost almost 65% of their games. Still, there are multiple all-around players in Fred, Siakam, and Barnes while Gary is an effective two-way stalwart. The bench has been a huge issue for the team but Achiuwa, Flynn, Young, and Boucher have done well lately.

Considering they are all available, these are my player-props predictions:

Points Range: The Suns have been on average a better offensive team than the Raptors but they have been also doing a great job of slowing down the game against grueling teams. On the other hand, the Raptors defense has been top-notch but it has been struggling a bit with Anunoby out of the picture. At their home floor, the Suns have been mostly in the 114-120 range while the Raptors will need a lot more against the Suns to go to that range.

The last meeting between the two fetched 194 points and it was a highly grueling affair. I believe the total points range here will be 210-220.

Prediction: Both teams have been missing a key player, with the Suns not having Chris Paul while the Raptors playing without OG Anunoby. Cameron Johnson will also not be playing for the Suns so the bench advantage will not be significant for them. The Suns have been doing a great job at home but I see the Raptors coming with a lot of fight in them. I believe the Suns will take control late and take this game 111:107. I think this will be a close game.