Portland Trail Blazers vs Boston Celtics: CJ McCollum is due a big game 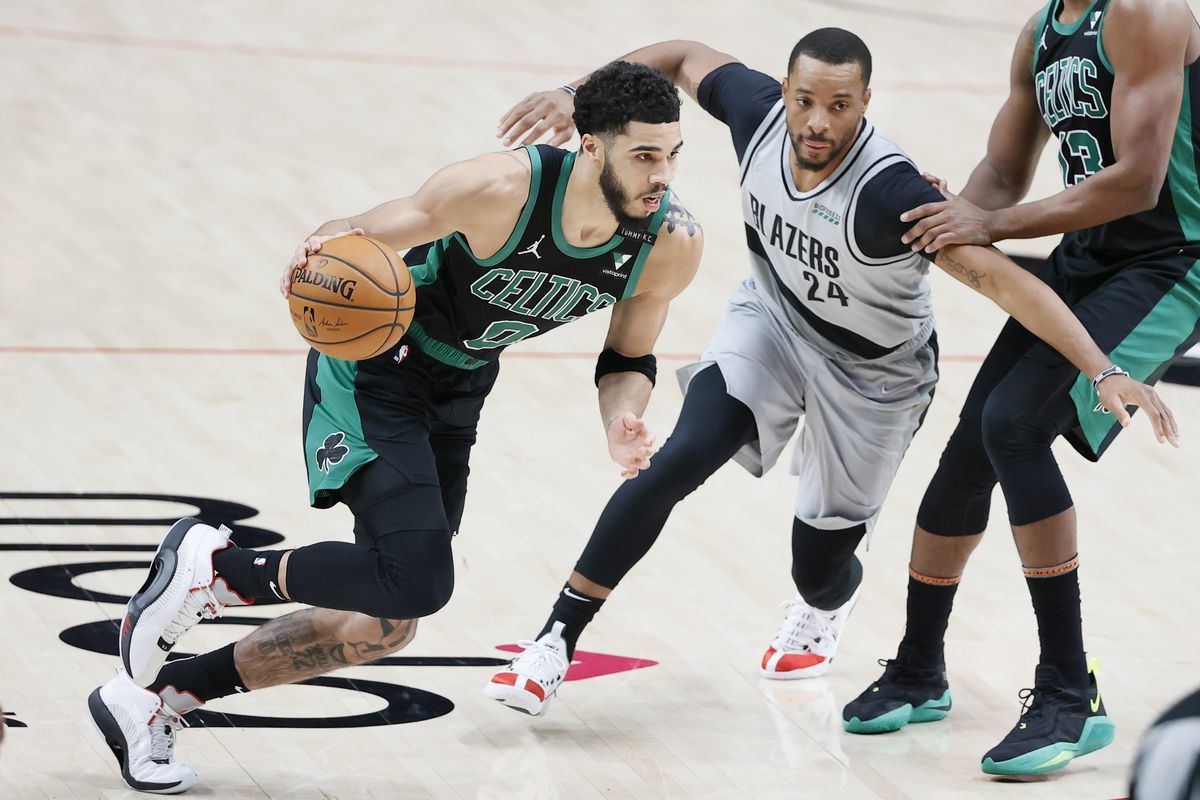 One night, a team can score 88 and win and another night, a 130 points effort is not enough. In this game, one such team in Boston Celtics will visit the Portland Trail Blazers. Boston is a game above the 50% win mark while the Trail Blazers are one game below that mark. For a quick overview, head to the “Notes” section.

Portland is largely an offensive-minded team that tries to open up the offensive through heavy three point-shooting. Although the Celtics did score 130 in the last game they got sucked into Jazz’s ploy, and usually prefer slow-paced low-scoring games so far. Trail Blazers have scored around 110 or so routinely but with Lillard out for 4-5 games, they’d have to come up with a new system as the team failed to get to even 85 points, which is a far cry from what we have seen Portland do. While Portland likes a game with shots being fired at regular intervals, Boston likes to reduce the number of shots by operating deep into the Playoffs. It isn’t like that the team isn’t athletic or can’t play high-scoring matches, but some teams prefer this style and make it a template.

For the Trail Blazers, it isn’t like that there is no hope offensively. With McCollum at off-guard, Norman Powell at the wing, and Jusuf Nurkic in the middle, it seems to be more about figuring out how to play without their main ball-handler in Lillard. If McCollum turns it on for 25-30, Norman with 20-25, and Nurkic 15-20, the team can rely upon Simons, Nance Jr., Covington, and the rest of the bench to come up with at least 8-12 points. I think this team can still manage 105-115 points, the 83 points game may have been an exception. It is interesting to observe what will change during the next game.

Look, the Celtics are a better defensive team than Trail Blazers even if they gave up 137 in the last game. Teams have shot around 43% against the Celtics while around 47.5% against Trail Blazers, that is a HUGE difference! The Trail Blazers allow 13.7 threes on a 38% shooting by the opponents, being among the bottom teams in this regard. Teams have put up 110-125 points against Portland on a regular basis and that sort of production can continue for the rest of the season.

Boston has held teams under 100 quite a lot this season, the squad takes a lot of pride on the defensive end. Utah crushed them for 137 but a Damian Lillard less Portland can face trouble even getting up to 110 I feel. Still, if we follow the theme of the season, Boston seems to prefer low-scorers for the win. But who knows, this is the NBA, you never know if a team like this also comes out during a shootout.

Points Range: This is the trickiest part of all, predicting the “Total”. The bookmakers have given identical odds of 1.97 to the over and under of 217.5 points. Now, this is of course keeping in mind the offensive schemes of the two teams. Blazers can leak points but if they figure out how to get the new-look offense working, we can see a shower from there too. What do I believe? A 210-220 points range. What do you think?

Prediction: Portland has lost four of its last five games, Boston is doing okay but not exactly setting the world on fire. Bookmakers have given the odds of 1.88 for a Celtics win, meaning they believe even at home, Portland is vulnerable without Damian. Instead of picking a winner, I predict the scoreline of 112:100 here.