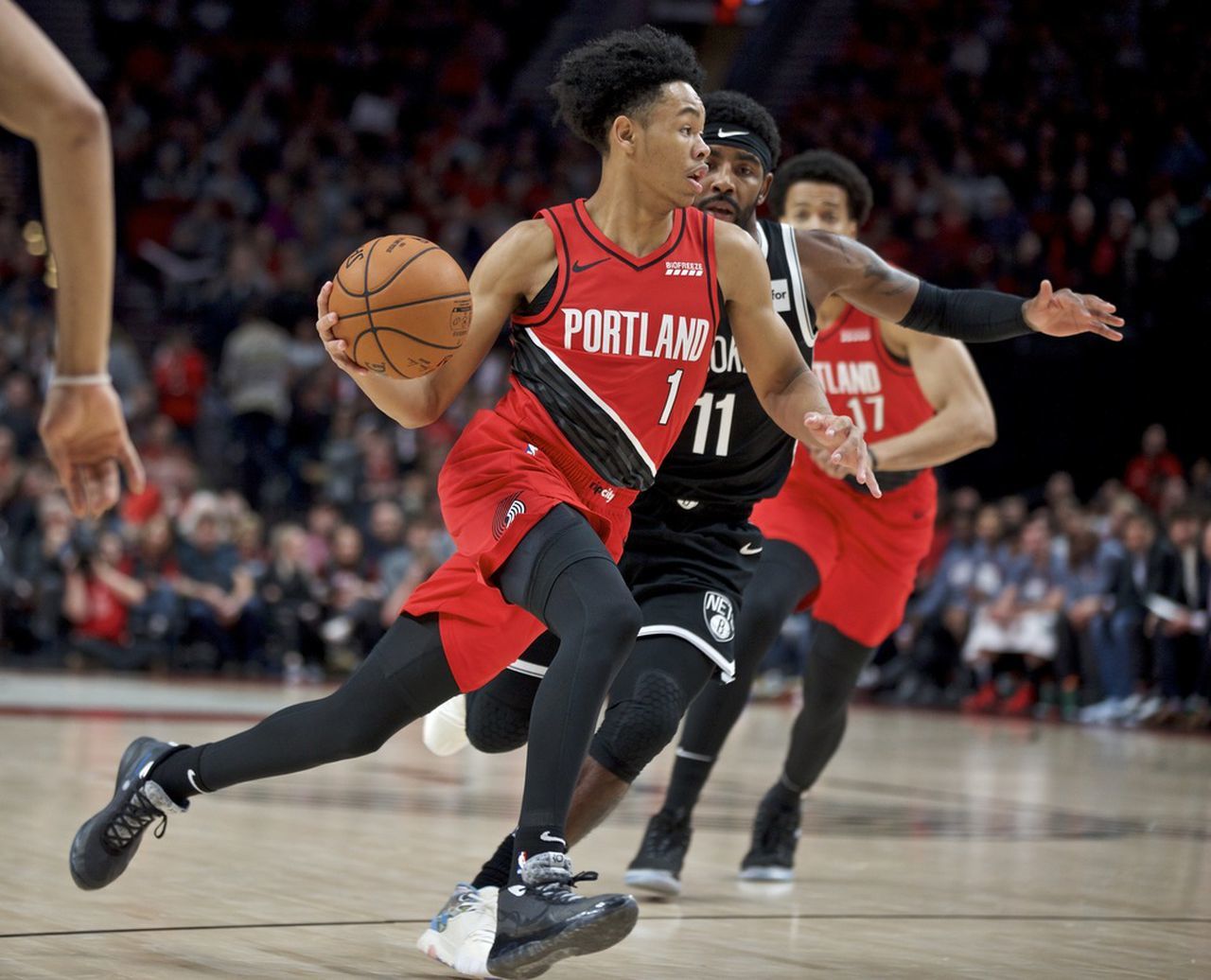 NBA betting is a tricky terrain that has become even more troublesome recently with the COVID-19 raging. With each day, some teams are lagging behind due to various reasons other than injuries or COVID-19 it boils to having no rhythm at all since the beginning of the season, and one such team is Portland Trail Blazers. In this game, they will face the Brooklyn Nets in a Western-Eastern Conference battle. The Trail Blazers have 15 wins and 24 losses, playing without Damian Lillard and CJ McCollum for a considerable period now. On the other hand, the Brooklyn Nets have 25 wins and 13 losses, but have not been that on-song defensively. Portland will play without top three scorers in Lillard, McCollum, and Powell, meanwhile, the Nets will have the chance to field Kyrie Irving in a game for the second time this season. It is clear that Brooklyn has an edge here but can Trail Blazers just flip the script for an upset? For my total and game prediction, hop to “Expert Betting Tips”.

Portland has been in a flux: Just like last season, it looks difficult for Portland to even reach the Play-in tournament. They have lost too many games already and without Lillard or McCollum, they have been highly vulnerable on both ends of the floor. However, on the bring side, Anfernee Simons has finally increased his scoring output after struggling for most of the season, scoring 28 or more in three of the last four games and this is the best stretch of his still young career. Apart from Anfernee, the team lacks consistent 20+ points options and Nurkic has not been the same as last season while Little, Covington, and McLemore have all been highly inconsistent. If there is a time that someone among the three needs to step up, it is now!

What’s up with Nets defense?: Brooklyn had been holding teams under 110 or so in most games before mid-December. Right now, there have been several instances of teams scoring not only 110 but also going past 120 which is against the earlier template. Perhaps, the reason for that could be that the combinations have been a mish-mash. With LaMarcus Aldridge hurt, the last line of defense has weakened, all sorts of combinations have been used and that has created some miscommunication. Now coming to the offensive side of things, since Kyrie is available for this game and nailed 20+ points when he last played for Brooklyn, the team will have a lot of iso options. With Harden, Durant, and Kyrie, the team can have 20+ points scorers and they face a team that has struggled to generate offense recently.

Points Range: Nets can score a lot with Kyrie in the mix. Suppose he goes past 18, Durant goes past 28, and Durant goes past 20, the Nets can easily get past 110 or so in this case. On the other hand, the Trail Blazers will have a difficult time generating offense but they can ride the hot hand of Anfernee Simons who has been clicking from deep. I think this is a great chance for Nurkic to go for a big game, he is really due a 20+ game for a long time now. On the other hand, the role players such as Mills can also make hay, making 3-4 threes with all the open space created by the multiple iso threats of the Nets. For the Trail Blazers, defending the Nets will be tricky, and they have allowed 110+ points and even as much as 130 or so plenty of times this season. Overall, this can be a game where Nets can run a scoring clinic and the overall points range can be 225-235.

Prediction: Well, in terms of available options, it will be the upset of highest order if the Nets end up losing this one. One need not look at the odds to judge who is the favourite here. The Trail Blazers will be without their top three scorers, Nets are playing with three of the best scorers in the history of the league, oh dear lord, what a contrast indeed. This can be one of those games where there is a 15-25 points lead garnered by the Nets before the halftime buzzer clanks. I think the Nets will win this 126:106.