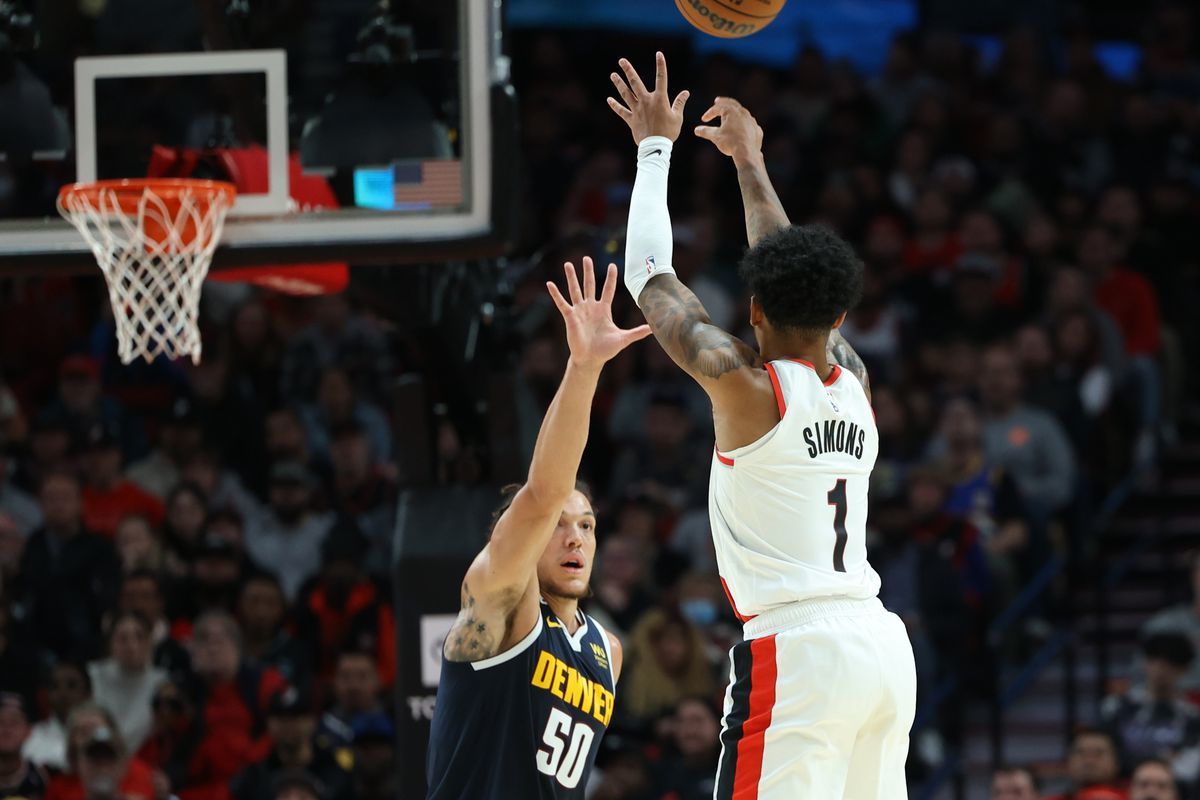 The NBA Season has been on and we have seen a bunch of amazing tussles already as the scene continues to heat up as we hurl toward the midseason window. Injuries and fatigue will take their toll and as we head deeper, rankings will twist and turn like they have all season long. And so it has been the case with Portland Trail Blazers which will meet Denver Nuggets here.

The Trail Blazers enter the fray after defeating the Pacers 116:100 as Jerami Grant scrapped up 28 points. The Trail Blazers are now with 13 wins and 11 losses, having won two in a row. They lost the plot when Lillard was injured and lost seven out of eight games when he was gone. Their play wasn’t terrible especially offensively as both Anfernee Simons and Jerami Grant had multiple 30+ points nights. It means that alongside Damian Lillard, they now have three 20+ points scorers, and their chances of improving the record to 55-60% wins are huge.

The Trail Blazers have seen improvements in terms of defense but they still have a way to go, the improvements have mostly been brought about by Josh Hart and Jerami Grant. Lillard is the leader of the team and despite some iffy three-point shooting nights, his impact has been monumental. Coach Chauncey Billups has brought some welcome changes to the mentality and the team’s rookie Shaedon Sharpe giving some sharpshooting production off the bench. The depth is there but there are still some missing elements that will make Portland a viable unit.

The Nuggets roll into this battle after losing a close 115:116 tussle against the Mavericks as Dorian Finney-Smith clicked on a late-game three-pointer. The Nuggets have lost three in a row and because of that, they now have 10 losses but a still respectable 14 wins, making for a 58% win record thus far. Two of those losses have come away from home but the last one was at home. They have been playing without Michael Porter Jr. lately but still have the services of Jokic and Murray.

Aaron Gordon has provided fantastic offensive services too whereas Bruce Brown has been a huge factor with his multi-position and all-around play. Kentavious Caldwell-Pope stabilizes the lineup as the off-the-ball Guard while Bones Hyland despite his erratic play has given a lot of support off-the-bench. The Nuggets have a solid squad overall but they will need Michael Porter Jr. soon to bring much more firepower. The trouble currently has closing out games and the team needs just some more defensive effort to propel themselves to the new heights.

The Nuggets have had a significant impact on proceedings with their much-loaded unit but still, they have been missing the spark to get a seven/eight-game winning streak going. The Trail Blazers are a scrappy squad but they remain a bit vulnerable. Both teams are loaded with scoring options but overall, the balance seems to be restored more for Portland with Lillard’s return. I bank upon a Trail Blazers win here but not by a long margin. I predict a 116:110 scoreline in favor of Portland.