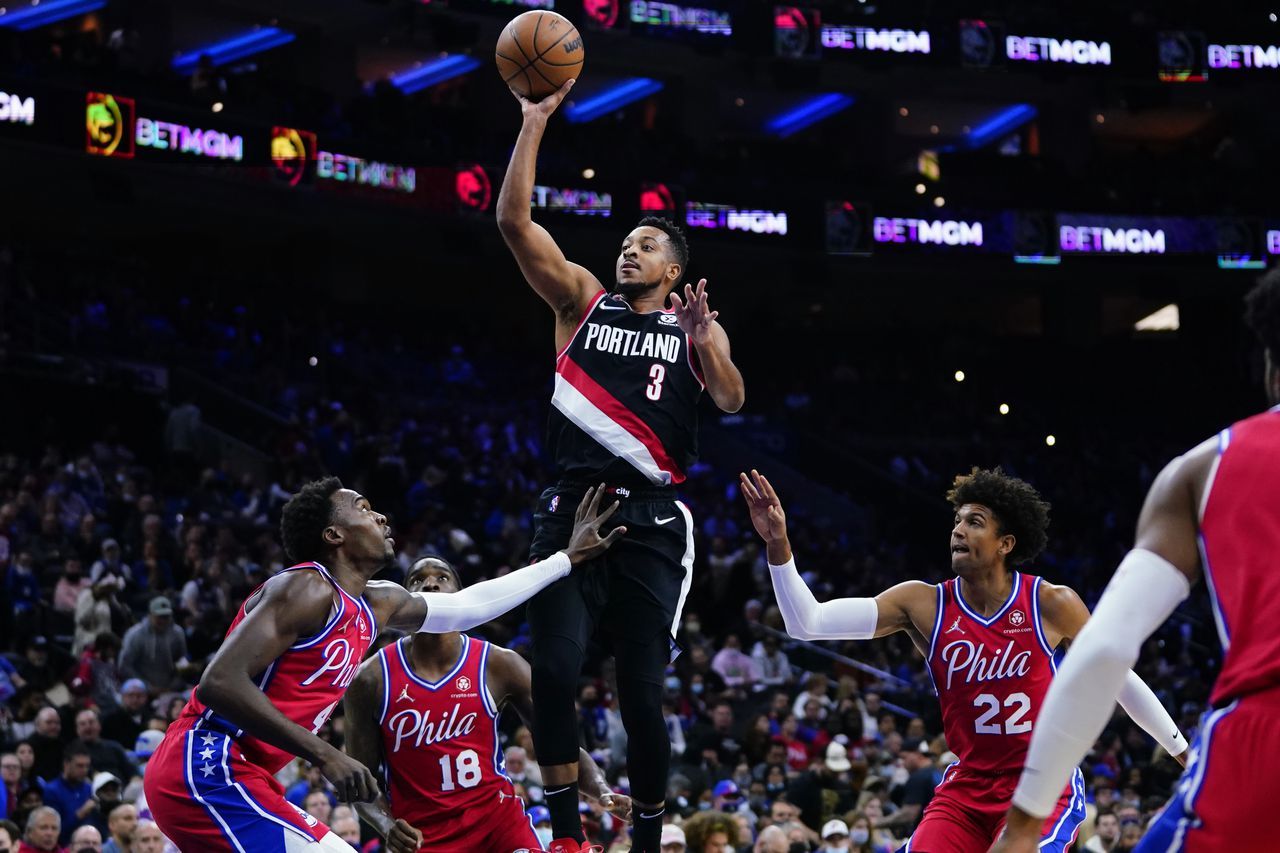 In this game, Western Conference squad Portland Trail Blazers meet the Eastern Conference outfit Philadelphia 76ers who are on a long road trip. Portland has won half of its 16 games so far while the 76ers are two games above the 50% win mark but has lost 5 out of the last 6 games. For a quick view, simply head over to “Notes”.

Portland Trail Blazers: Can the team go on a winning streak?

Inconsistent since the last few seasons: Trailblazers rank among the top ten teams in points scored, racking up around 109 points. However, the team doesn’t defend well which has been the theme for the past few years, and gives away a similar amount of points as they score. In the last game too, the Bulls were on pace to score 110+ points against them but the team pulled back late and won 112-107. The Trailblazers need such efforts consistently.

The team does have options: CJ McCollum and Damian Lillard have not produced at the rates that we are accustomed to but the two guards can still rack up 20-25 points on a regular basis. Norman Powell scores around 17-22 points consistently and Nurkic scored 18 points in the last game after a spell of cold scoring nights. Perhaps in the win versus the Bulls Larry Nance’s 16 points performance can become a beacon of hope. The Trailblazers are not lacking in offensive options, it is just that the team falters defensively and can’t perform as a unit.

Philadelphia 76ers: They have the tools

Embiid’s absence: The Sixers outfit requires the services of Joel Embiid to be effective on both sides of the floor. Without Embiid, the team has gone 1-5 and has leaked 115-120 points regularly except against Nuggets, where they conceded just 89. The Embiid factor also helps in terms of keeping the opposition in foul trouble and establishing an inside position. Without Joel, the team misses out on some who provide 20-25 points, 10-15 rebounds, and a solid inside defense and his absence which has hurt them both depth-wise and has caused their majority of losses.

There is no lack of scoring: At the guard position, Tyrese Maxey has been exceptional in absence of Ben Simmons. The sophomore has clinched two games with more than 22 points and two more outings of 30+ points indicating his scoring talent. Tobias Harris hovers in the 17-22 points range constantly while Seth Curry can light it up for 15-25 points consistently Off the bench Shake Milton has been making most of his chances and scrapping double-digit scoring games. It is clear that the 76ers don’t have a lack of scoring options, it is the other that needs fixing. Still, overall, the team holds a lot of promise and since the squad is on a long road trip, some fragilities are understandable.

Here are some quick hitters related to this game:

76ers are a gritty squad even if they have struggled recently. The team is full of scoring options just like Portland and won the last game versus the Nuggets despite the odds against them. However, Portland has enjoyed the comforts of home is most likely to take the game. This is a potentially high-scoring affair.