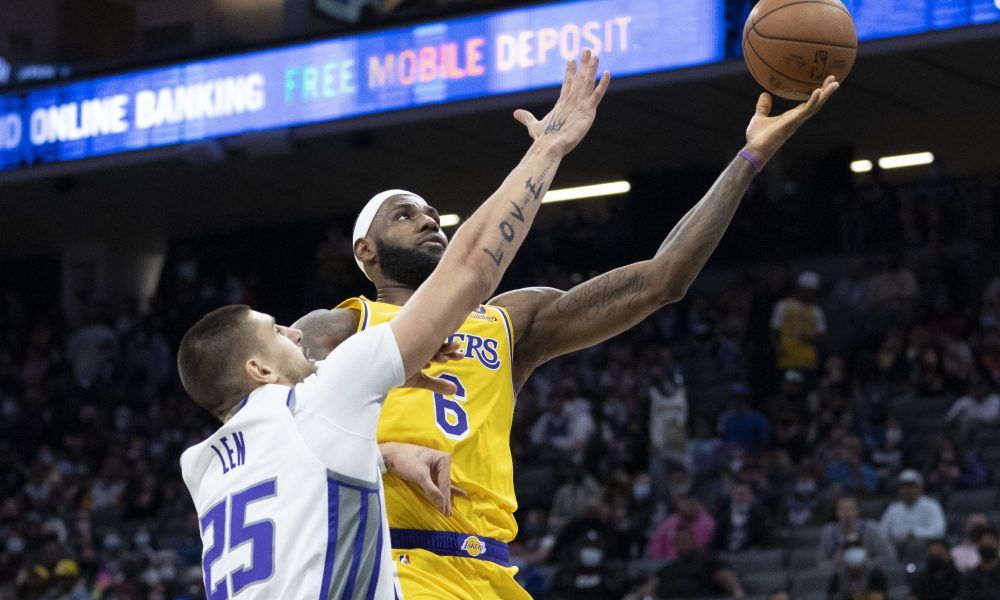 NBA betting is a tricky terrain that can lead us to different dimensions and these dimensions like the daily results are full of nuances. And these dimensions have been impacted by havoc-wreaking COVID-19, injuries, and pretty soon I am sure the league will be rocked by a large number of trades. And that is why, the dynamics will shift but as long as I am given a chance, I will analyse and try my best to evaluate and predict. And here we are in a classic Western Conference battle between two cult rivals in Sacramento Kings and Los Angeles Lakers. Although to be honest, the cult rivalry has lost its fizz since the departure of Chris Webber from the franchise, which has been more than a decade and half ago. This particular Lakers have drawn the ire of fans, losing against elite teams and posting a 21 wins and 20 losses record. On the other hand, Kings have posted a 16 wins and 27 losses record, which has been the theme for many seasons now. Anyway these two teams are official at the mid-season point and there will not be a surprise if both teams are heavily engaged in the trade market. Can the Lakers salvage some pride here? To have an idea about my game and total prediction, go to “Expert Betting Tips”.

Kings recent form: Sacramento is on a five-game losing streak and well, this is the story of this franchise for a long time. Last season, it looked like they were at least heading towards the Playoffs territory with Luke Walton at the helm but the management fired him and gave the keys to Alvin Gentry. Well, these keys really change hands every season it seems like at this point. Kings follow a similar theme, change the head coach, trade away their young players and well, nothing has changed in that regard. Talking about the offensive and defensive metrics, Sacramento neither has an offensive nor a defensive identity, looks lost on both ends of the floor and there are times when teams build such leads that by the time Kings have some rhythm , it is too late. Sacramento has some developing talent in Fox, Haliburton, Hield, Mitchell, Holmes, and Metu plus a veteran wing in Barnes, but the overall picture has looked grim.

Lakers poor defense: Lakers have defended poorly all season long and they lack a lot of hustle. The Lakers offense has been on a top-level, scoring 110-120 on a regular basis and with LeBron James at the helm, toppling the 30 points mark like his everyday business. Westbrook has been a little out of control but is an important rebounder and playmaker(Will he be traded soon, I doubt anyone will want to have that contract). Monk has been an electric scorer dipping in 20 or so while Anthony has been scoring around 15 on a regular basis these days. Overall, the Lakers have been playing well on the offensive end but their defense has been abysmal and against elite offenses, they look completely out-of-sync. The time is ticking despite 41 games remaining because the Lakers have picked up bad habits on defense.

Points Range: Lakers have been an elite offensive team all season long, scoring in the 110 or so on a regular basis. In fact, they have been scoring 120+ these days and against teams with under 50% win records, they have been phenomenal on the offensive end. On the flip side, Sacramento is comparatively less efficient on offense with Barnes and Hield struggling to score a lot on many occasions, and they have been way behind the Lakers' average these days. Defensively, both teams have been underwhelming and allow too many points and neither team has been able to stem the flow of points, continually allowing teams to put up 110+. Considering these dynamics, the overall points range looks 220-235 here.

Prediction: I’d give the Lakers an edge here, they have been more efficient on offense and it isn’t like Kings have done any better on the defensive end even at the home floor although being just a little better on average. Kings' campaign looks halted unless there are a couple of players who step up their games and since Holmes has been out, the team has looked even more vulnerable. I think the Kings are headed for another embarrassing season even though it is not the Lakers are exactly a reliable team but I think they have an advantage here and will take this 118:110.