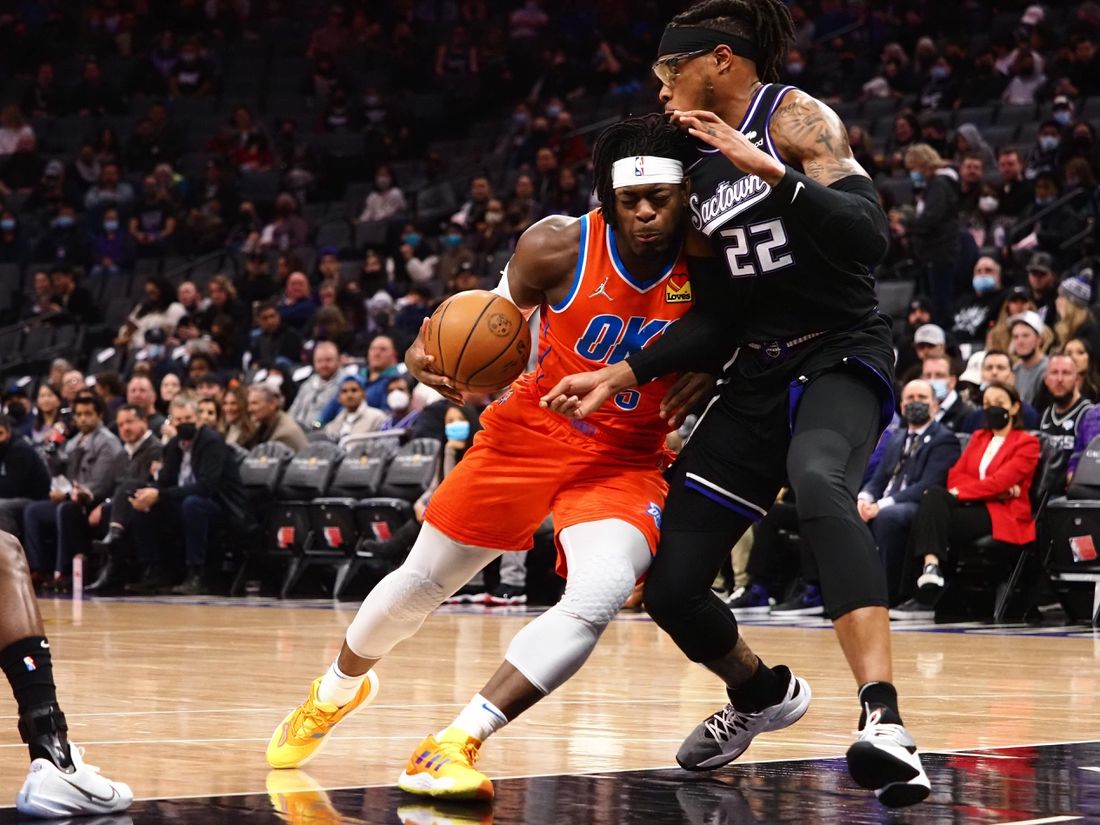 NBA trade deadline is near and well, this is an area of high interest for most critics, fans, writers, and readers. Why so? Well, you like to see who is going where and who isn’t intrigued by change? There are teams that are indeed in a change of the landscape as things haven’t panned out so far. The change of scenery can also help some players who want to trigger a different trajectory for their careers. So, yes, as the deadline is just a few days ago, be ready for some big-time changes. And keeping that in mind, do remember that one of the teams in Sacramento Kings can be a huge player as they meet the Oklahoma City Thunder.

Kings are repeating the same-old story. An excruciating season with lengthy losing streaks and with no hope in sight. Somehow, due to the Play-in tournament rules, they are still in contention but the team hasn’t generated enough spark to showcase that they can mount a big run to make a push towards the postseason. Sacramento has lost 35 games and has won just 19 and there must be some players who are tired of losing these many games time and time again.

On the other hand, the Thunder’s season has been loss-riddled too but you expect that from a team like this. Oklahoma City has lost 34 games and has just 17 wins. However, despite the abysmal record, they have sparked a three-game winning streak, which we are not used to seeing from the squad. And the surprising part is that they have done so without their leading scorer Shai-Gilgeous Alexander as Luguentz Dort has taken the baton on the offensive end. The team played last night and beat Trail Blazers 96:93 in a grueling affair. Can they win four in a row? For my game total and result prediction, go to “Expert Betting Tips”.

Sacramento Kings have once again disappointed the fans. It is like they keep on finding ways not to become better but worse by each month. Sometimes it is the offensive end and most times it is the defensive that holds the team back. Kings have lost seven out of last eight games and they have suffered massive losses throughout the season. Their season has especially lost track since Fox has been out due to injury.

Fox has been figuring in trade rumors as well and if he does get traded, I don’t know what the Kings’ agenda is. The team keeps hoarding draft picks, gets high-potential prospects, and is not able to develop a consistent system. I get the strategy but this is not working out for the team. They relegated Buddy Hield to a bench role and that gambit hasn’t paid off. He can be on the move too while Harrison Barnes at the wing as well who frankly adds more value to a contending team than a rebuilding squad at this point. This is why I believe that the Kings will be active players during the trade deadline.

While it is true that the Thunder has had a turbulent season in terms of the win-loss column. The coaching staff must be pleased looking at the defensive principles established by the team. Thunder may not have been even a decent offensive squad all season long but their defensive potential is enticing and one thing is for sure, among all the young and rebuilding teams, they have shown the highest defensive discipline, which implies that the players are picking up some commendable habits.

Recently Luguentz Dort has been propelling the team to wins with his offensive prowess and he is surely a quality two-way wing, if he develops a consistent three-point jump shot, he can go a long way. Josh Giddey has shown potential as an all-around star. Meanwhile, injured Jeremiah Robinson-Earl has been an exciting prospect too. The bench is surely weak and I think it is a matter of time before the team goes on a losing run, but hey, in terms of development, there have been some promising results.

Points Range: The Kings have scored 112 or more in two games straight but without Fox, they have certainly showcased some offensive vulnerabilities. One positive recently has been that rookie Davion Mitchell has hit a purple patch and things may be changing for him on the offensive end. On the other hand, the Thunder doesn’t have a reputation as a high-scoring team and their offense is certainly weak at the one-guard, big-Forward, and Center position.

Defensively, the Thunder has been way better than Kings during most contests and the Kings have shown leaky angles and a tendency to give away big-time points. However, let us consider that the Thunder will play their second game on the consecutive night and that too on the road, after traveling from Portland, which is always a factor in the long season of the NBA. I see the Thunder scoring below 102 while Kings hover in the 103-108 range here. The total points range seems to be 200-210.

Prediction: If the Kings are able to pin down Dort then their chances of winning will increase significantly. Playing at home, they are certainly having an advantage here but well, the Kings are not really synonymous with capitalizing on advantages. I see Tyrese Haliburton and Harrison Barnes both combining for a solid game here. I believe the Thunder will struggle to score even against a so-so defense of the Kings and the Kings will eke out a 108:98 win here.