San Antonio Spurs vs Denver Nuggets: Can Spurs make it two in two? 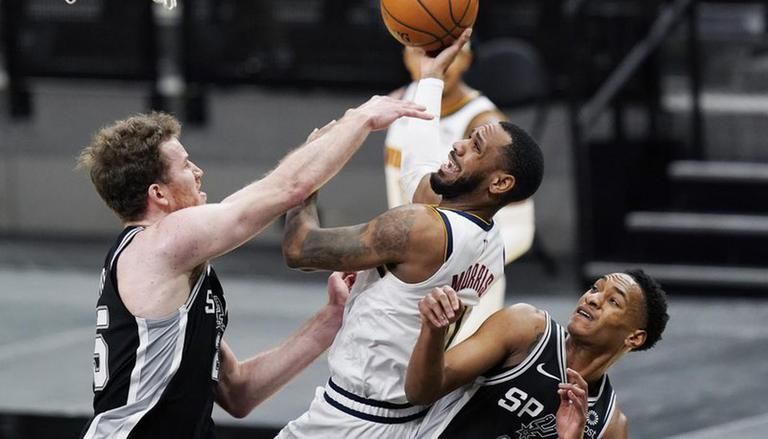 How do you bet? Why do you bet? How confident are you when you bet? What methods do you use? I look at match-ups, recent trends, and lineup balances to make predictions and suggest what is most likely to happen, of course, hitting and missing the mark regularly. In another one of my predictions, I look into the game between San Antonio Spurs and Denver Nuggets. For a quick look, simply head over to “Notes”. For the discussion on “Total” and “Prediction”, go to the “Expert Betting Tips”.

Spurs’ efficient offense: If anything, the Spurs guard depth is something that can be an object of envy for many teams. With White and Murray, you get a combined 40-45 points, 16-20 assists, 12-16 rebounds, and 2-3 steals a game on a regular basis. Off the bench, you have Devin Vassell and Lonnie Walker, who are both capable of scoring in the 10-20 points range. When you insert Jakob Poeltl in the middle, you get both scoring and elite passing, thus the ball movement is usually premium for San Antonio. That is the reason why they are the second in the league in terms of assists per game with around 28 a game.

Nuggets’ unreliable offense: The current Nuggets team is not really made for shootouts especially with Jamal Murray out. Aaron Gordon did score 25 in the last game, but he is not a consistent scorer and it will not be a surprise if he is held to below 10-15 points in the last next game. Jokic is the engine on offense, providing around 25 points regularly while Will Barton chips in with 16-19 points constantly. Monte Morris can shoot and can be in the 10-15 points range. However, apart from these players, the Nuggets lack double-figure options and the trouble is that no one is consistent enough to keep the score ticking off the bench.

Potential for high-scorer again: Spurs and Nuggets are not among the elite defensive teams and there can be a lot of openings against these two. Spurs have regularly allowed teams to put up 110 or more against them, while the Nuggets’ defense has slumped ever since Michael Porter Jr. has gone down with his back injury. That is why there is a potential for another high-scoring game. The Spurs have superb one-on-one and off-the-ball players and if they click like last game, we can see points flowing like an uninterrupted river.

Points Range: As stated above, this game has the making of a high-scorer with two so-so defenses in the mix. Spurs love to get in the 110s points range quite a bit and surely have the tools to score them. With their four-guard scoring lineup, that is one area where the Spurs have an advantage over the Nuggets. Still, the Nuggets have Jokic in the mix, who can both score and spread the ball around for a better offensive scheme. I think both teams can go past 107 points or so at least here. My total points range here is 217-230. Remember the two teams engaged in a 234 points affair during the last meeting.

Prediction: There is no doubt that the Spurs have done well this month, giving even Suns and Warriors a run for their money. San Antonio’s young bucks have learned coach Greg Popovich’s system well and his theory of sharing the ball has been adopted well. Nuggets are hurt and reeling but have shown some fight too. Still, I pick the Spurs with a scoreline of 120:110.