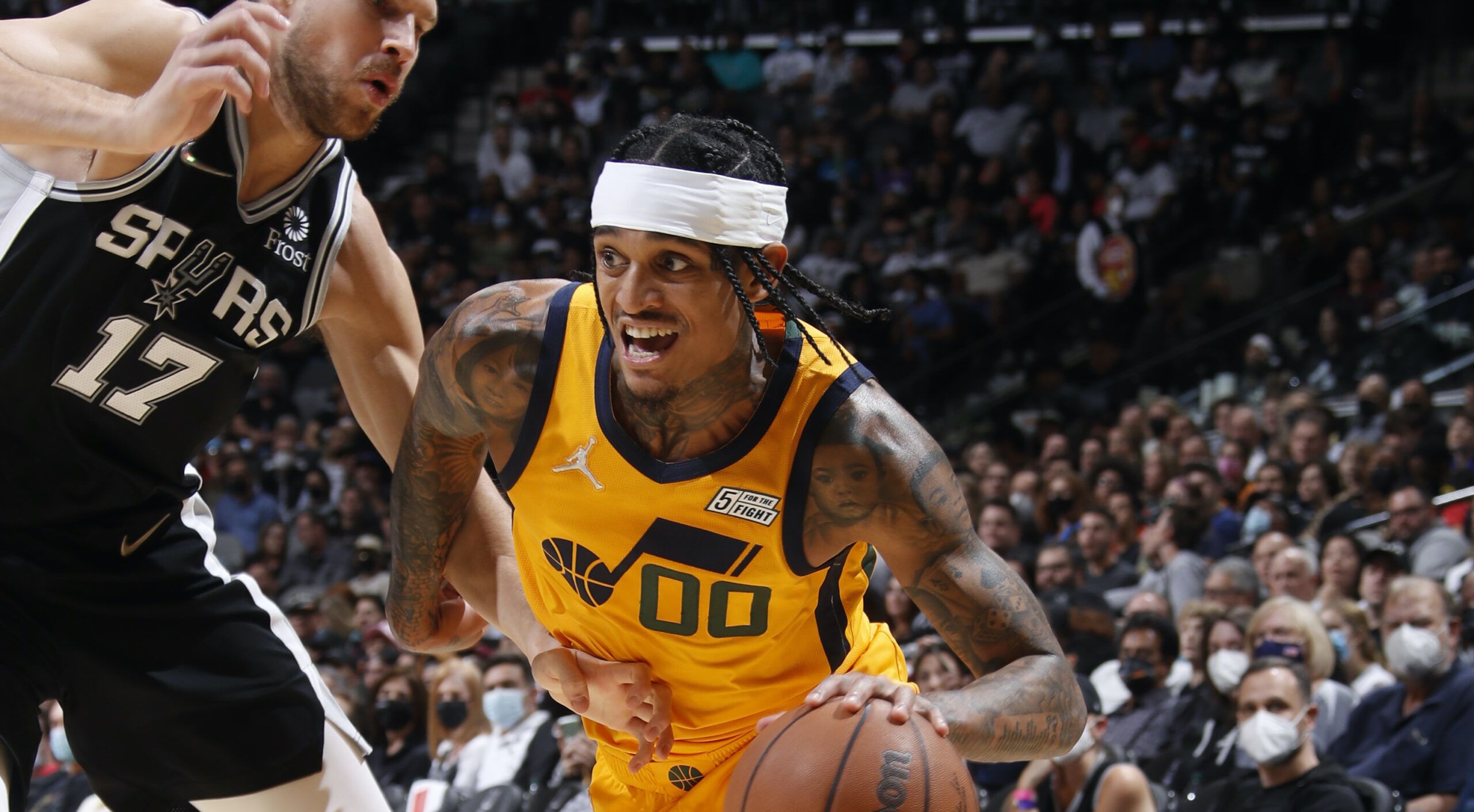 The NBA world is heading towards the Playoffs and we are going to see a variety of results now with the favourites catching an upset here and there as the way things are going. And as we keep going towards the Playoffs, the desperation for the teams will only increase as the window for making big runs is only collapsing from here on. It also means that the work for bettors because of the way the odds can turn around this period. Keeping that in mind, let us go into the game between the San Antonio Spurs and the Utah Jazz.

The Spurs have been struggling to keep things ticking and they have hit a cold spell recently. They have 25 wins and 41 losses in total, losing five of their last six games. Their offense is not rolling as it did earlier and seems like trading away Derrick White surely hit their team balance. Can they get it together before the time runs out?

On the other hand, the Jazz has lifted their game since February. They have 41 wins and 24 losses in total but they have lost two out of their four games, one against Pelicans and the other against the Mavericks. However, the overall picture looks encouraging with a unit that has gelled well. With Bojan Bogdanovic out for the game, can the well-meshed unit of Jazz turn it on against the Spurs? To know my game total and result prediction, go to “Expert Betting Tips”. To know my player-based predictions, go to “Player Performance Prediction”.

Jazz being trailed by Mavs and Nuggets

The Utah Jazz has been in competitive race against the Mavericks and the Nuggets. They have just one more win in comparison to these two, while just have two and three fewer losses, so a loss or two can surely push them back. The schedule will get tricky once the third week of March arrives, as the team will go on a six-game road trip, playing some tough squads in that period. With Bogdanovic out, the burden will shift on players like Clarkson, Gay and Royce O’Neale to step it up. And with the backcourt of Conley and Mitchell and Gobert in the middle, the team still has a strong lineup and Mitchell has been on fire lately in terms of scoring.

Spurs are making it tougher with each day

The San Antonio Spurs have suffered some big blows recently and their offense isn’t at a high-quality like it was before. Not only that, but the team is unable to shut down the shop on the defensive end. The dependence on DeJounte Murray has been rather too much but Keldon Johnson has picked it up a bit. Losing Derrick White has certainly impacted the ball movement and smoothness on the offense while he also brought a lot of defense to the floor. Coach Popovich has not figured out how to utlize some of the players and unfortunately, the time is running to scoop up a Play-in spot.

Considering they are available, these are my player-based predictions:

Points Range: The Spurs have usually been in 110 points range this season but lately they have been susceptible to score under 108 or so on a regular basis. Jazz’s defense has been tight compared to earlier and they will test the Spurs for sure. On the other hand, the Jazz has scored 116 or more in three of the last five games except two tough games against the Mavericks and Pelicans. The desperation for the Spurs is increasing and we can see them perform better soon because Keldon’s rise signify that the potential to maximize the output is there but yes, Doug needs to step up his offensive game. I believe the total points range here is 230-240.

Prediction: The Center battle between two physical players in Jakob Poelt and Rudy Gobert is an exciting but the offensive match-up between Mitchell and Murray is no less exciting. I see the Jazz coming up with a strong offensive game while the Spurs also responding well on that end. I see a high-scorer taking place here with Jazz taking this game with a scoreline of 121:115.