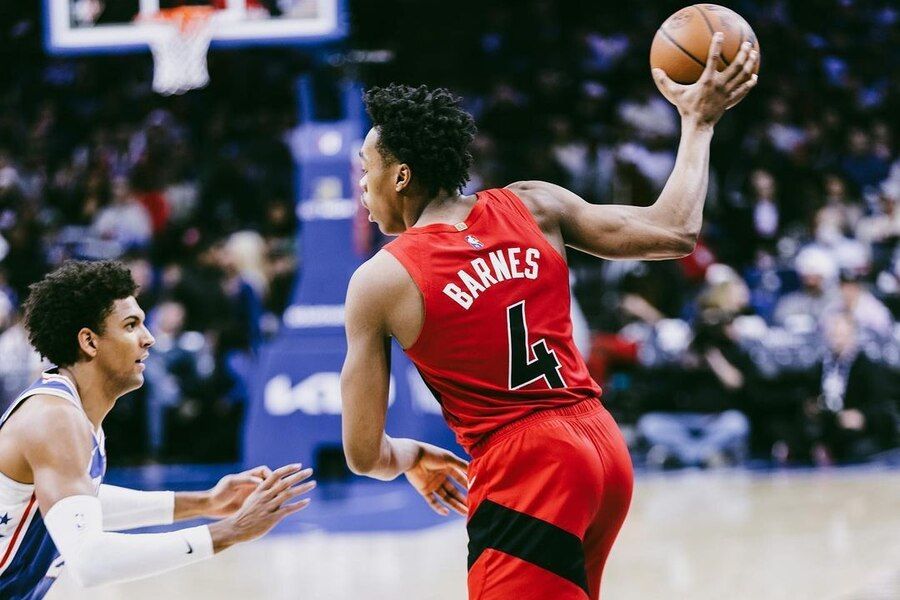 The Eastern Conference is certainly wide open with the season folding in 15 days. Some horrible play by Miami Heat in recent days has made their top spot insecure and the 76ers, the Bucks, and the Celtics are all in the race for the top spot in the East. Below these squads are the Chicago Bulls, a team that has struggled to make ends meet these days and even the fifth spot seems to be up for grabs now. Below them are the Cleveland Cavaliers and the Toronto Raptors, both with a similar record and having a shot at the fifth spot. In this game, the Toronto Raptors will host the Indiana Pacers, the latter being one of the bottom-ranked teams in the league.

The Raptors have upped their game

The Raptors have been on fire recently and they have cracked open the run to a first-round Playoffs positioning at this point. They have 41 wins and 32 losses, currently in the seventh position and having a similar record to the Cavaliers. They have won two of their last four games but if we look at the larger picture, they have nabbed seven of their last nine games, playing a brilliant brand of basketball, especially away from home. They defeated the Cavs 117:104 in the last game and they have to play seven of their next nine games at home. However, after they face the Pacers, their schedule doesn’t look that easy and they will need to improve their home-court play. They are going to face Celtics, Timberwolves, Heat, Hawks, and Sixers in the upcoming window which surely makes for a difficult schedule. Can they capitalize on their lax home schedule?

The Pacers keep on struggling

The Pacers have had an underwhelming season after entering the season with the hopes of at least going in the Play-in tournament bracket. Except for a three-game winning streak early on in the season, the team has been short on the streaks and rather have conceded big losing streaks continuously. Their season is pretty much done and with the host of injuries to some key players, they have been forced to play some of the deep bench players and youngsters. While acquiring Tyrese Haliburton and Buddy Hield has been a major plus, they will look to build on something substantial next season. Malcolm Brogdon will likely play here and the team has done much better with him in the lineup. However, with the way they have played against elite teams, they enter as the underdogs during most of the games.

Points Range: The Raptors' offense has been much better compared to the first half of the season. They have gotten a huge boost from the development of rookie defensive wing Scottie Barnes as a scorer. However, it has been Pascal Siakam who has helped turn around the season with his beautiful scoring and all-around game. Fred Van Vleet and OG Anunoby can also combine for at least 35 points during most games. On the other hand, while Tyrese Haliburton provides great playmaking to the Pacers, his offensive game is still inconsistent but Buddy Hield has had some brilliant efforts and has also acted as a playmaker. The Pacers frontline has weakened significantly and there are a lot of times when oppositions Forwards and Centers have outplayed their frontcourt. There is no doubt that the Raptors can display two-way dominance here. The total points range seems to be 220-230 here.

Prediction: There is no doubt that the revved-up Raptors will enter as the favorites against the Pacers. They are well-knit on both ends of the floor and they will come into this game keeping in mind that with some wins in the upcoming window, they can end up seizing the fourth squad. This game is a sort of must-win for the Raptors because their upcoming schedule will be difficult. I think the Raptors will end up winning here with a scoreline of 124:103.