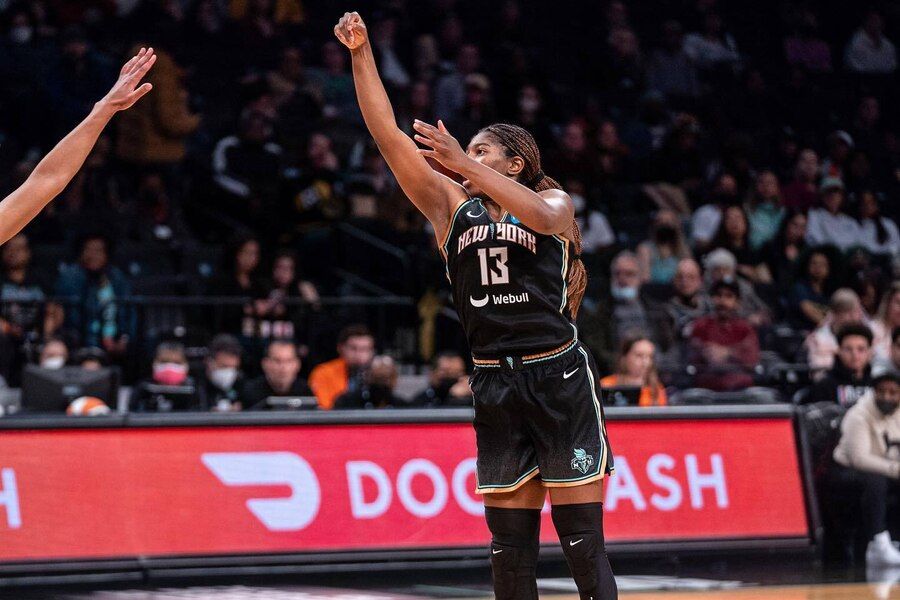 The WNBA has been in full flow now and I love this league, there are so many exciting players and each game is God’s blessing. I am a fan of this league because there are some incredible athletes that don’t catch the limelight but are some of the most skilled basketball players. And we will see a bunch of impressive athletes on display as the new York Liberty will host the Indiana Fever. The Liberty lost to the Sky 83:50 as the offense collapsed completely. On the hand, the Fever beat the Lynx 82:76 as Kelsey Mitchell pumped in 26 points. Will the Liberty bounce back here?

The Liberty began the season with an incredible 81:79 win as Sabrina Ionescu nailed 25 points. But in the second game, the team scored just 50 points as no player other than Xu Han could even reach 10 points and Sabrina shot 0/5 from the floor. Betnijah Laney who returned after missing the first game made only 33% of her shots but she is someone who can help the Liberty cause in long term through her isolation scoring.

Natasha Howard has been a major presence for the Liberty as a rebounder and defender but more will be needed out of her scoring-wise. Jocelyn Willoughby has been promising as a scorer but the bulk of production needs to come from Sabrina Ionescu. Stefanie Dolson can be a strong rebounder and score but she is not an assertive presence. Who will be stepping up their game, will it be Michaela Onyenwera or Lorela Cubaj off the bench?

Kelsey Mitchell is the key to the Fever’s offensive production. She nailed 26 points, making four of her seven three-point shots. She is the heartbeat on the offensive end and her willingness to take jumpers early in the shot makes or breaks the game. The trouble is apart from her, it is difficult to identify who can be a double-digit scorer. The Fever is fielding four rookies in the lineup and Destanni Henderson has shown a ton of promise as a scorer, she is a “work-in-progress”.

NaLyssa Smith is an incredible defender and rebounder but her offense needs work. On the other hand, Queen Egbo can be a solid inside scorer and rebounder while Emily Engstler has also shown promise as a rebounder, but he offense has been off the mark. Crystal Dangerfield has been electric but more will be needed out of her while Victoria Vivians need to do more as she did in the second half of the season. Can Alanna Smith or Tiffany Mitchell raise their games on the offensive end?

Points Range: The Liberty has shown two different types of games at the beginning of the season and it is tough to judge how they will be this season. On the other hand, the Fever has looked tough defensively but their offensive options are questionable. On the defensive end, the Fever has a lot of young legs and I am confused about how they are not able to gather more offensive production in terms of getting the running game going. The Liberty will need Sabrina to stay in touch. I believe the Liberty will shoot better than they did in the last game and this game will be in 140-150 points range.

Prediction: The Fever has a lot of lengths, great defense, and more than average rebounding at their disposal, but their overall effort will be determined by how Kelsey Mitchell will respond here. The Liberty has a player of Sabrina Ionescu’s caliber at their disposal but she needs to develop more consistency and form a formidable scoring duo alongside Betnijah Laney. I believe the Liberty will strike back here and claim a 78:70 win.