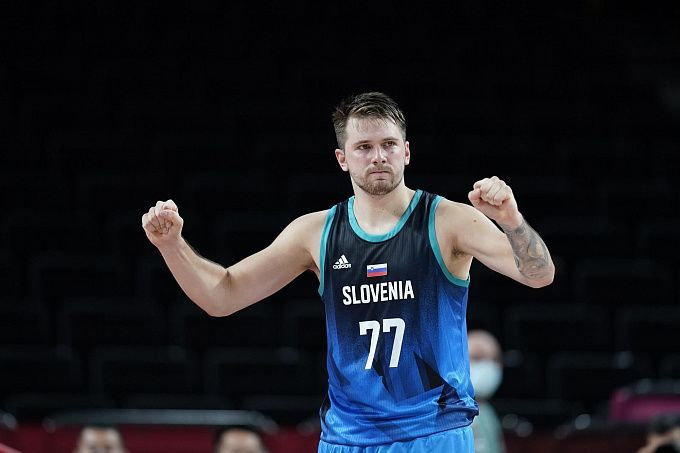 The Slovenian national team, led by the great Luka Doncic, will play their next World Cup 2023 qualifier in Stockholm against Sweden. Will the Slovenians win again? Let's pick a few bets at once.

Sweden must not lose

If Tre Kronor loses to Slovenia, and if Croatia beats Finland in the parallel game, the Swedes will not make it to the next qualification stage. Sweden has two wins and three losses in five games, while Croatia is 1-4 before the last round.

In the previous game, Sweden was defeated by the Finns 69-85, not being able to stop their leader Lauri Markkanen who scored 22 points and 11 rebounds.

Luka Doncic came to help the national team in their quest for a place in the World Cup as promised. The team confidently made it to the next qualifying stage with Doncic, beating the Croatian national team 97-69. Luka scored 21 points and made 11 assists. Another star player, Goran Dragic, added 19 points. Mike Tobey had 16 points and 13 rebounds.

The Slovenians beat the Swedes in November without Luka Doncic, 94-89.

The Slovenian national team right now may be the strongest on the continent at all. The team is playing at the end of this qualification with Doncic, Dragic and the like, so it's unlikely the Swedes have at least some chance of avoiding a rout in the upcoming game even though the Swedes will have a better motivation than the Slovenians.

Prediction: a confident win for Slovenia.