Nigeria vs USA: the game will be a warm-up for the USA team 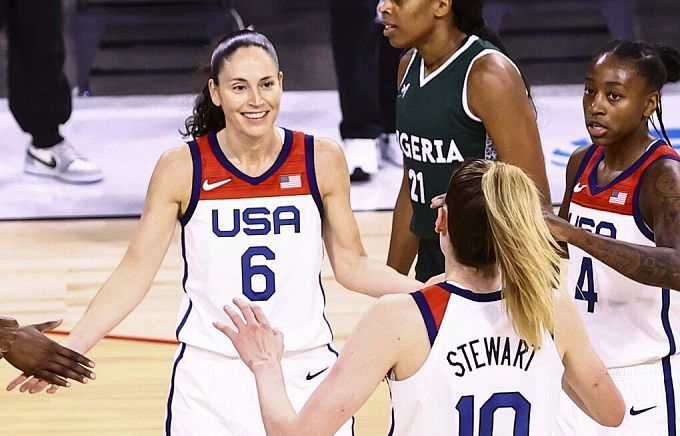 The favorites of the tournament - the U.S. team will play the first game of the women's Olympic games against Nigeria. The U.S. men's team lost to Nigeria in a recent friendly game. Will the women's team be able to get revenge? Let's pick a few bets at once.

In the coming years, the situation may change - the NBA program for the creation of training camps, including in African countries, is working. For the men's team, coached by Mike Brown, and half of which is already in the best league in the world, the trend is more noticeable. The women's team, although lagging behind the men, is also developing. There is a representative of the NCAA, European championships, as well as an American coach - Otis Hughley.

USA is a real dream-team

What can we say, but the Americans, when they really want to, in basketball are still a cut ahead of the rest of the world. The men's team, which has arrived in Tokyo with Kevin Durant and Damian Lillard, will surely have no problem winning gold medals. The same goes for the women's team. Here are the most experienced Sue Bird, Diana Taurasi, and Skylar Diggins-Smith, and young superstars A’ja Wilson, Breanna Stewart, and Jewell Loyd. Other teams may try to fight them, but it is hardly possible. The only thing that remains to do is watch and enjoy - this is basketball.

The only question ahead of this game is with what difference the US team will win. Bookmakers offer a head start of 30 points. The Olympics are a very special tournament for athletes. Tokyo - will be the first Olympic Games for many American basketball players. Prediction: the United States will win without any trouble.