Slovenia vs France: another victory for Luka Dončić 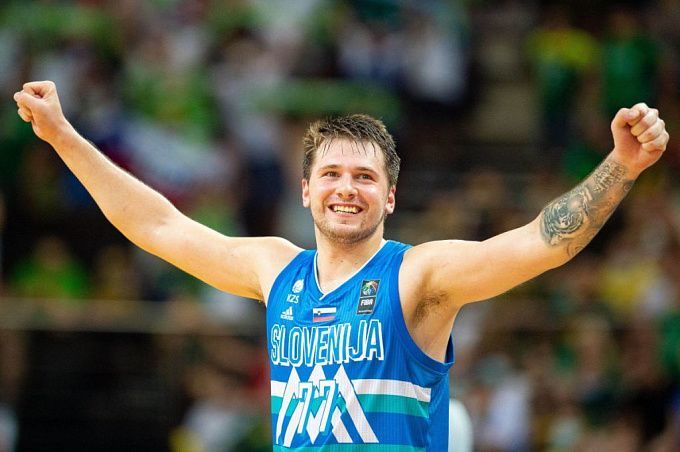 Luka Dončić and the Slovenian national team are one step away from the Olympics final! They only need to outplay a very strong French team. However, there is almost no doubt that the Slovenians will succeed. Luka is a phenomenon that is almost impossible to stop.

Slovenia Is the Only Rival of the Dream Team

Even now, before the semifinals start, everybody anticipates the final match between Slovenia and the USA. The main match of the Olympics should definitely be like this! Slovenians need to overplay the French and the Americans – to cope with Australia. And then – Dončić vs. Dream Team. Looking forward to it!

Luka once again confirmed his specialness in the quarterfinals, where the Slovenians beat the German team with a tremendous score of 94-70. Dončić was a little short for the triple-double with 20 points, 8 rebounds, and 11 assists.

Next to Luka, as next to Messi in Barcelona, everyone else is transformed. Zoran Dragić played a great game against the Germans. Baskonia's shooting guard only missed twice from the field for a total of 27 points. The center of Valencia Basket, Mike Tobey, also played extremely well with 13 points and 11 rebounds. In general, the Slovenians have players matching their phenomenal leader, at least at times.

France Had Quite Difficult Quarterfinals

The final difference of 9 points (84-75) should not be misleading. The French had a very difficult match in the quarterfinals against Italy. Undefeated in the group stage, they were unable to make a decisive run throughout the game and won only in the end, thanks to simply having more cool players.

The key role was played by those from whom it was expected. Rudy Gobert scored 22 points, Evan Fournier had 21, Nicolas Batum had 15, and added 14 rebounds. The French have fantastic attacking potential. But when it comes to defense, 23 points of Simone Fontecchio and 21 points of Danilo Gallinari cannot help but be alarming before the match with Luka Dončić.  In the semifinals, the French will face a much stronger player than these two combined.

Slovenia team and Luka Dončić have played in almost two dozen games and have never lost! It's hard to imagine that this will happen in the Tokyo-2021 semifinals against France. If the French overplayed not the most powerful Italian team with such difficulty, they have simply nothing to do against Slovenia.

Prediction – another win of Slovenia and marvelous Luka.