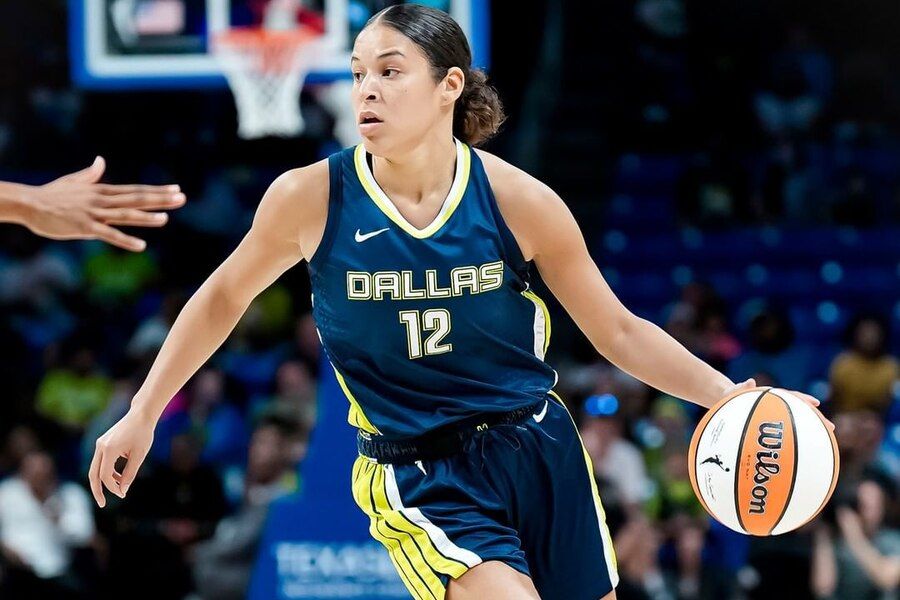 WNBA has started its theatrics and we have already seen some riveting battles. In the WNBA, there is no Conference system but the teams are seeded one to twelve, with the top four earning the bye till the Second Round. Anyway, that scenario is a long way away but before that, we will see the Washington Mystics will host the Dallas Wings. The Mystics beat the Aces 89:76 as Elena Delle Donne scrapped 19 points in a balanced team effort. On the other hand, the Dallas Wings struggled offensively to begin the season and lost 59:66 against Atlanta Dream despite a 20-points performance by Marina Mabrey. Will the Mystics win their fourth game in a row or the Wings will come up with an answer?

Washington has done a great job on the defensive end in the first three games and they look like a way different team this season. One thing that will be huge moving forward has been that Ellena Della-Donne has been back and she has been in a full groove as expected. The Mystics' ball movement has been terrific and Myisha Hines-Allen as a slasher has been both an incredible scorer and was on fire in terms of dishing the ball, making some lovely passes in the last game for 13 points, 8 rebounds, and 8 assists. She is also perhaps the most effective fast-break scorer with her ability to steal the ball and run on the break.

Ariel Atkins’ ability to drain key shots and work her magic off-the-dribble also provides the team with a big offensive option. Shatori Walker-Kimbrough is a viable defensive player while Rui Machida started in place of injured Cloud and looked much more comfortable both as a scorer and playmaker. Shakira Austin is raw and will need to keep her approach level-headed while Tianna Hawkins gives some quality minutes off the bench. The Mystics also saw Benzan drain some key jumpers from long-range in the last game.

Wings’ offense has been problematic

The Wings' offense was rusty last season and it has begun on the same note this season. They shot a horrible 24% from the floor and shot around 21% at the three-point line. One issue is that Arike Ogunbowale, who was the leading scorer last season can force offensive possession at times, and in the last game too, she shot just 3/14 in the last game, making it a terrible performance. Thornton, Harrison, Gray, and Harris all shot poorly.

Only Marina Mabrey generated some consistent offense, nailing eight of her 16 shots for her 20 points. Rookie Guard Veronica Burton(She is more of a defensive specialist anyway) also shot poorly and the Wings' first game was a repeat of the last season. How will the team come out of this funk? Arike will need to be a better playmaker as well while without Sabally, the team misses a strong scoring Forward lineup. Can Thornton and Harrison work something out?

Points Range: The Mystics are a much better offensive team than the Wings and that is because they are not stagnant in terms of moving the ball around and Elena Della Donne gives them a stable offensive option who can work around the Post. The Wings are heavily reliant upon Arike Ogunbowale who has been forcing the issue but yes, Marina Mabrey has expanded her game each season and this can be her breakout season of sorts. Allisha Gray can be the “X-Factor” but the team will need the boost through the inside scoring. The Mystics are an incredible “half-court” team and I believe the Wings will be much better offensively compared to last season. I believe the total points range here is 150-160.

Prediction: The Mystics have won three in a row and their offense has been efficient in the first three games. On the other hand, although the Wings have played only one game but their offensive inconsistencies were on full display in the opening game. In my opinion, the Mystics will continue their efficient effort and close out the Wings 85:70.