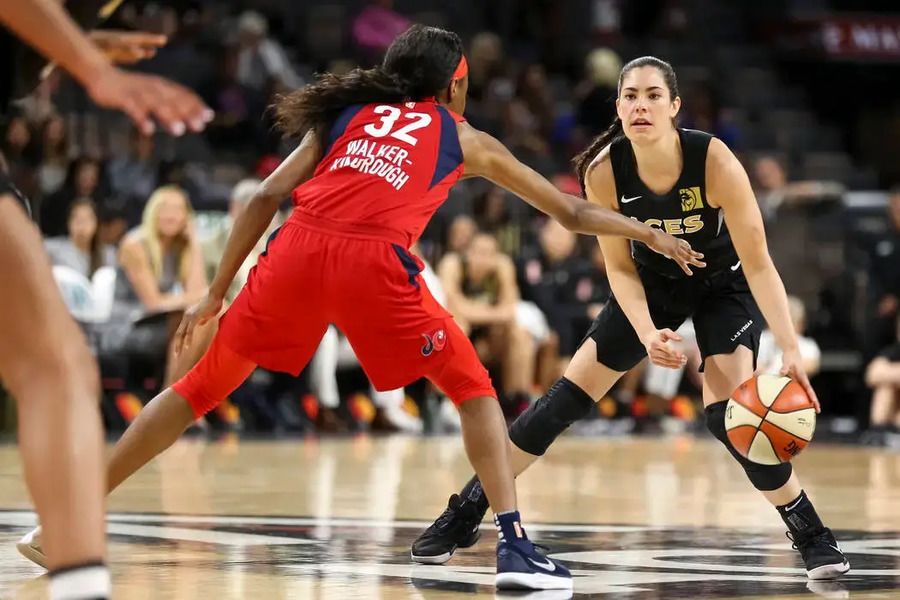 The WNBA is a wonderful league and it is the pinnacle of women’s basketball and a great advertisement for sports itself. While the league is nowhere close to famous as the NBA, there is no doubt that the athletes participating in it have worked unbelievably hard at their craft and provide a more than the decent supply of entertainment. Anyway, in this game, the Washington Mystics will host the Las Vegas Aces. The Mystics have won their first two games and have played much better than they did last season. On the other hand, the Aces are locked and loaded, having won their first two games. Will the Aces' up-tempo style affect Mystics’ setting?

The Mystics’ style on the offensive end is deliberate and they like to run elaborate sets. The Mystics look much more balanced especially when Ellena Della-Donne is playing, and she missed the last game after pouring 21 points in the first game of the season. However, the Mystics have been highly alert on the defensive end and they love to move that ball around quite a bit. New arrival Shakira Auston had a productive 13 points and 10 rebounds night.

Natasha Cloud continues to be an impressive all-around Guard and showered 19 points, 6 assists, and 6 rebounds while Ariel Atkins shot just 6/17 but ended up with 20 points. Shatori Walker-Kimbrough has received a ton of minutes as the bench remains a question mark. Meanwhile open-court threat Myisha Hines-Allen had 11 points and 8 rebounds. Shakira can be a huge factor defensively and rebounding while Rui Machida has had struggles adjusting to the WNBA defense.

The Aces have an incredible fastbreak offense and with athletes like Dearica Hamby, A’ja Wilson, and Plum, the team can push the ball at an incredible rate. Rebounding seems to be the strength of the team as Hamby, Wilson, Young, and Plum are terrific rebounders, especially Wilson and Hamby. Having Wilson also provides the team with an incredible defender. The Aces are loaded on both ends of the floor.

Kelsey Plum is ready for her breakthrough season and she has scored 18 or more twice in a row. Chelsea Gray is a superb offensive player and to be honest, the Aces starting five is loaded with both drivers and shooters. They can run pick-and-pop, and pick-and-roll with Wilson while Young and Hamby are incredible off-the-ball players. As of now, there is no doubt that the Aces look like a contender.

Points Range: The Aces and the Mystics are polar opposites in terms of their offensive approach. The Aces love to push the pace while the Mystics like elaborate setups. The Aces can pull down big rebounds, close out on shooters, and can also seal the paint. It is tough to contain Aces’ A’ja Wilson on both ends of the floor and her inside scoring is indeed a big boost. Both teams have weak benches but loaded starting fives, but the trouble for the Mystics is that they are yet to attain team chemistry like the Aces. I believe this will be a high-scoring game though. I see the total points range as 170-180.

Prediction: The Aces have a strong balance from the Guard to the Middle spot and they have emerged as one of the more elite rebounding teams as well. The Mystics have been playing some exciting ball of their own but I don’t think they can beat the Aces without Elena Della-Donne. I believe the Aces will once again trouble the defense and take a 92:86 win.