Zenit vs Bayern Munich: Bet on a low-scoring first half 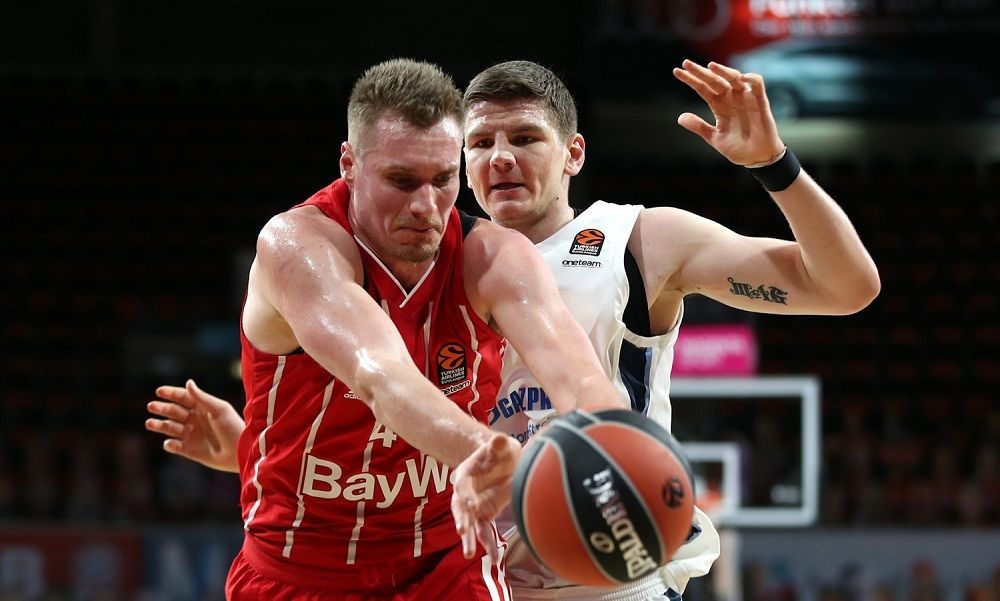 Munich never scored more than 37 points in the first 20 minutes of the three games. In the same amount of games, the St. Petersburg side only managed to surpass 38 points once, thanks to some weak Zalgiris defense. It looks like we're in for a battle of nerves until one of the opponents tires out. Fatigue will strike only after the big break.

The St. Petersburg club continues to play extremely unproductive basketball. After two games in which they scored 70 points apiece, Pascual's players managed to score only 67 in Moscow.

Well, as long as the team doesn't have a quality point guard, we shouldn't expect anything different. Gudaitis, Poythress, and Mickey's decreased effectiveness on offense are logical, and it would be too optimistic to expect sudden improvement.

On the other hand, Zenit keeps their defensive style, allowing an average of 70 points to miss in a game.

The Munich team has already lost the three starting games. They don't want to extend their unsuccessful streak, but they will most likely have to.

By virtue of circumstances, Bayern is not able to play all 40 minutes evenly, as they simply do not have enough resources, and, consequently, physical strength. Them winning the 4th quarter against Barcelona can only be explained by the attitude of the Catalans themselves who were already relaxed. In equal games, Munich lost in the final ten minutes both in Tel-Aviv (10-15) and in Kazan (20-28). Losing in the fourth quarter both times resulted in a total loss.

Like Zenit, Bayern isn’t showing any high-scoring performance. They scored an average of 70 points per game, conceding 74. Barcelona managed to score 80, but the club from St. Petersburg can hardly do that.

Last season, both games between these rivals were fierce and unpredictable. In St. Petersburg Zenit tied the game with just over a minute to go, while Bayern lost the fourth quarter again by 8 points. In Munich with 100 seconds to go, St. Petersburg was still ahead 75-74. In that case, Bayern managed to win the 4th quarter by 2 points.

So, the teams score little and concede as much. The problems in the attack of both opponents are systematic and won’t be solved by Thursday. On the other hand, both teams are good in defense. Especially when they still have strength. Therefore, the betting options are the following: