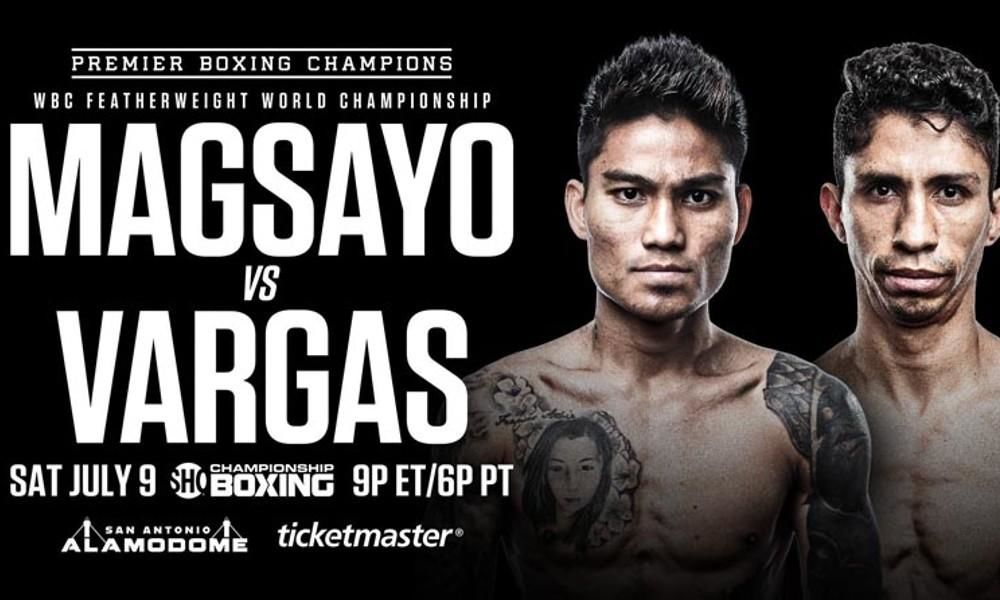 On the night of July 9-10 in San Antonio, USA, there will be a WBC featherweight title fight between reigning champion Mark Magsayo and challenger Ray Vargas. Twelve rounds.

Magsayo became champion in January this year when he defeated Gary Russell.

"This is my dream. My dream just came true. Ever since I was a kid, this was my dream. I'm so proud to be a champion now. Thank you so much to the Filipino fans for the support. I saw that he got injured in the fourth round and I took advantage of that because my opponent only used one hand. That was my opportunity to take it to the end. My coach told me to use combinations and bring it to the end. He said this was my chance to be world champion and now I am here."

In 2017, Vargas became WBC super featherweight champion and managed to defend that title several times. In 2019, he put his career on pause due to multiple injuries, returned two years later, defeated Leonardo Baez and earned the right to fight for the title in an upper division.

In his fight with Baez, Vargas fought as if he hadn't had a long downtime, easily and confidently dismantling his opponent. In the second half of the fight, Rey traditionally dropped the momentum and calmly took the fight to victory.

"It is going to be hard. It will be a very difficult fight for Magsayo. I wouldn't advise him to do it at all. I would not advise it at all. This guy is taller than him, he is undefeated, and he's got 70 1/2 inch reach. Magsayo is at a disadvantage on both counts."

Before you can make a prediction and choose a bet, you have to look into the objective stats.

“Vargas reminds me a little bit of Erik Morales and Raul Perez who was a bantamweight champion many years ago. This guy is rangy and it will be very difficult for Mark to beat him convincingly.”

Fans and experts are divided on the outcome of the fight. Bookmakers also do not see a clear favorite in this fight. For example, 1xbet offers odds of 2.05 on Mark Magsayo’s victory, while Rey Vargas’ win is estimated at 1.98.