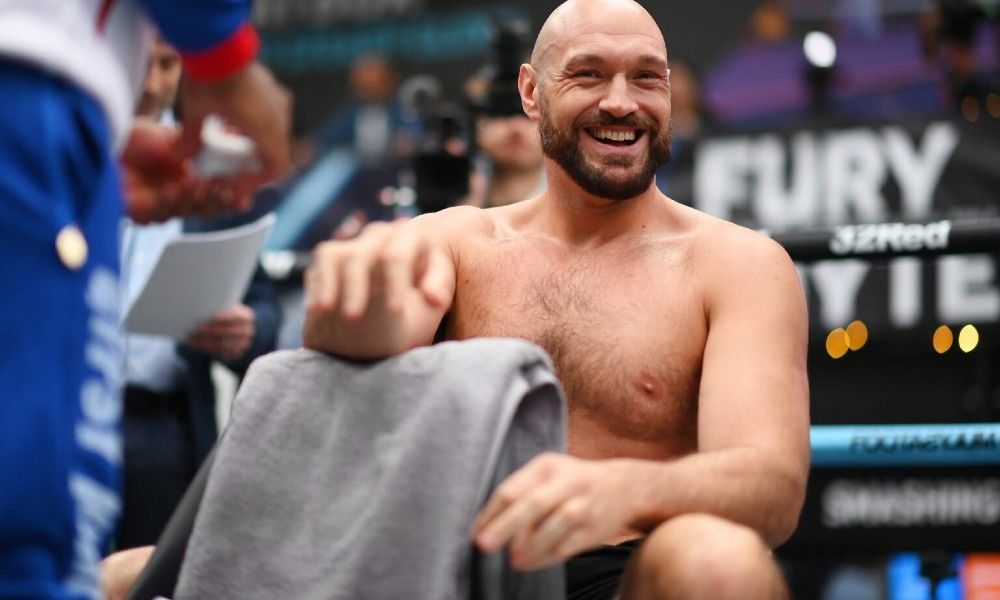 One of the most anticipated fights in boxing will take place on April 23: "Gypsy King" Tyson Fury will face Dillian Whyte in London. The WBC and The Ring titles will be on the line.

Last year, Fury ended all his business with Deontay Wilder by finishing him once again. He announced his new target a suddenly emerged heavyweight Oleksandr Usyk, but Anthony Joshua turned out to be against. It appeared that he had a rematch clause in his contract and took Usyk for himself. Tyson was left with a disinterested Whyte and after this fight he announced he was quitting. With that he scared the fans very much.

“I've got nothing to prove to anybody. I know nobody believes me because they all think I’m after money or whatever else. There’s only a certain amount of people who know that money don’t mean nothing to me. I’m walking away. I have nothing to prove to nobody. I’ve done what I’ve loved to do. And this is it. Win, lose or draw on Saturday night, I’ll put up a good fight and I’ll go home. And that’s it."

Fury has never lost a fight yet, and it's not really clear how he can be beaten. He's got everything, he's got powerful size and reach, plasticity, footwork almost like a lightweight, always full gas tank, unconventional technique and strong jaw.

It is true, Wilder dropped him, but he could not knock him out, and Tyson recovered very quickly after that bombshell. This confusion happened in his first fight with Wilder, but in the second and third fight Fury dealt with him without any problems (in rounds 7 and 11). That said, Wilder is more dangerous than Whyte.

Dillian Whyte: came to be here by chance

Whyte was never really considered a big shot, and his stock finally dropped after he was knocked out by Alexander Povetkin. Dillian soon got a convincing rematch, of course, but there was still a bit of residue.

In fact, Whyte is a fighter of limited potential who can punch. And in fact, punching is his only trump card. Not much, is it?

Tyson has an advantage in every component – skill, experience, past opposition strength, anthropometry. He may not punch as powerfully as Whyte, but what he has is enough to blow heads off. Nevertheless, we can't help but show a comparison chart.

The main suspense in this fight is how long Whyte will last. Bookmakers are sure that there won't be a full fight, but which part of the fight it will all end in is not yet clear. Given that Fury is planning to end his career, it's logical to assume that he wants to end it brightly. And that's very bad news for Dillian Whyte.

"I think Tyson Fury is going to knock White out. He'll knock him out between the fifth and ninth round. But Whyte is a very tough boxer, so the fight could go all distance. However, in my opinion, Fury will win early."