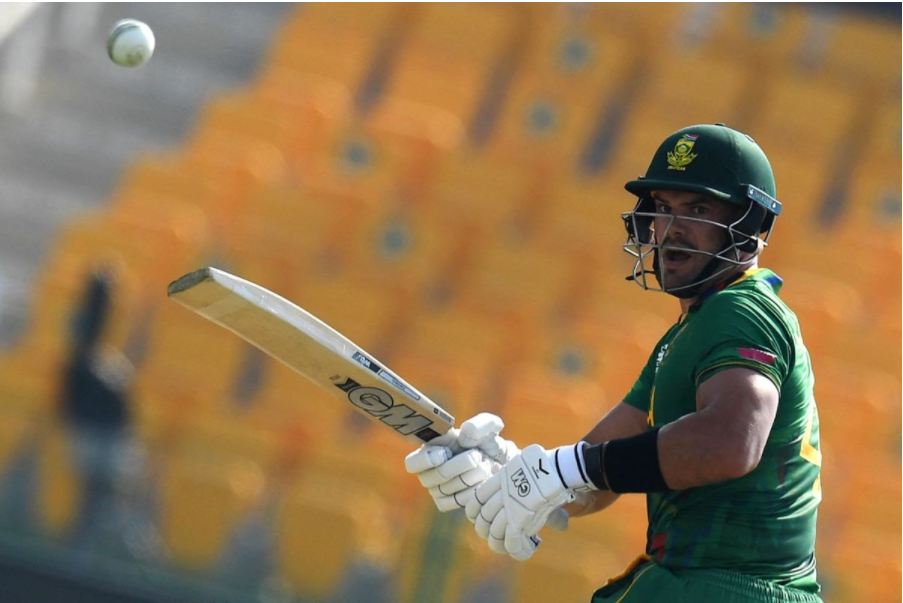 In this Group 1 fixture, South Africa plays against the defending champions West Indies. In their last matches, South Africa lost to Australia in a close encounter while West Indies will come into this after an embarrassing batting performance versus England in a huge loss.

South Africa: A lot of potential

What went wrong for the batters in the first game?

South Africa had a horrible start versus Australia, losing three wickets for 23 runs. Temba Bavuma looked in brilliant touch but Australia surprised him by bowling Glenn Maxwell first up. Meanwhile, the Australian pacers pitched deliveries in a threatening channel that swallowed up the wickets of Quinton de Kock and Rassie van der Dussen, both falling to a meticulous Hazelwood. Don’t expect a similar quality of pace bowling from the West Indies but the team may start with spinners anyway. Aiden Markram’s 40 runs vigil showed promise in the last game but David Miller and Heinrich Klassen fell early too in an unfavorable situation as their job is finishing the game after a settled start although Miller has rescued the team before in such situations. What needs to change? It is clear that the South Africans are not going to face a quality bowling lineup like Australia here and Temba and Quinton played some handsome shots before getting out so the first game loss is not necessarily the template for this tournament.

In the last section about South Africa, we mentioned their impressive bowling and in the loss to Australia both the fielding and bowling looked in wonderful touch. Anrich Nortje was the pick of the bowlers with his mind-numbing pace while speedster Kagiso Rabada also looked in ominous touch. Spinners Keshav Maharaj and Tabraiz Shamsi form a superb pair and these two offer variations and control to take the opposition’s batting out of the game, both of them stifling the run flow and scrapping wickets against Australia. Nortje, Keshav, and Shamsi combined for 4 wickets, all giving under six runs per over against the Aussies. West Indies will have to play carefully against such loaded bowling. Pretorious also had a decent time as the fifth bowler and the team took some brilliant catches to try their hardest after putting up a paltry total.

The team has potential

South Africa has a lot of potential and even if they lost against Australia, they showed their ability to fight back. The batting is better than the last game showed because de Kock, Bavuma, Markram, van Dussen, Miller, and Klassen complement each other well. The top-order has players who can play lovely drives on the up and can both stabilize and accumulate runs. Miller and Klassen are well-known finishers and can go bang-bang at the end. It might be perilous to write off this batting lineup so early. Meanwhile, the bowlers also complement each other well, two bowlers in Nortje and Rabada who can produce an outburst up-front. While two spinners in Maharaj and Shamsi who can perform both the wicket-taking and run-holding job. The fielding is also scintillating so don't forget that the campaign is not over just after a game.

Peak performers for South Africa from the last game are given below:

West Indies: Looking out of sorts

Batting-wise the last game turned out to be so turbulent for the Windies that there is nothing positive to write about their batting, which happens when you are bundled out for 55. The highest scorer was Chris Gayle who made just 13 runs and the batting looked clueless against both spinners and fast bowlers of England. The team boasts of batters like Evin Lewis, Shimron Hetmeyer, Lendl Simmons, and six-hitting machines like Gayle, Kieron Pollard, and Andre Russell. There wasn’t just anything to take away from the last game for any of those batters. Should the team bring in some batters who can build innings in tough phases rather than relying on sheer brute strength? Can the team bring Roston Chase in, who can play an anchor role and also has bowling skills? Tough to say, the last game may just have been an exception.

West Indies bowling doesn’t have the pace and bite of the South Africans. While spinner Akeal Hossein had an impressive spell against England, taking two wickets, the pace options are bereft of speed. All of them are largely medium pacers and although Ravi Rampaul and Obed McCoy showed some discipline, the team simply doesn’t have a fiery pace attack like South Africa. However, the bowling actually looked way better than the batting in the last game, with the bowlers reducing England to four wickets for 39 runs. On the other hand with no runs on the board, Bravo and Pollard didn’t get a chance to show what they are capable of in the middle of the innings. But in terms of overall bowling makeup, West Indies seems to be outmatched in relation to South Africa.

Ancient or just need a game to flow freely?

The West Indian team has been called “ancient” as more than half of the players are over 33. However, that can be an invalid criticism based upon how most of these players have dazzled the world with their talent even recently. West Indies are in a tough terrain and questions are being asked but on their day, even just one of the players among the likes of Pollard, Gayle, Lewis, Russell, Simmons can turn the game West Indies’ way. Only a single match has passed so a verdict is premature at this stage.

Peak performers for West Indies from the last game are given below:

Dubai Pitch: No dew factor this time around

In the India-Pakistan encounter the Dubai pitch showed there is a lot of value for the batters who can tick around singles and doubles, while hitting periodic boundaries. In the last game, Virat Kohli, Babar Azam, and Mohammad Rizwan showed there is a lot to extract if you run hard and eke out boundaries every now and then. Meanwhile, the Pakistani bowling showed that if you keep it tight, you can pull in some advantage of this pitch. The pitch didn’t show any demons and the ball neither gripped nor presented that many challenges in terms of timing, rather it showed a lot of bounce and pace.

Pakistan batted under lights and when the dew sat in, it made the batting easier, but this is a day-game so the dew factor is not going to come into play. South Africa has batters like Bavuma, Markram, van der Dussen, and de Kock who can tick around the aforementioned singles and doubles. However, if the timing is not affected, West Indies’ Lewis, Hetmyer, and Simmons can also show their batting might. If the pitch remains the same as the India-Pakistan contest then South African bowlers have the potential to replicate the heroics of Shaheen Shah Afridi who took three wickets through pace and pitched-up deliveries.

We have seen that head-to-head can turn into dust after the India-Pakistan contest as Pakistan beat India for the first time in the World Cup after 12 games. Still, for the sake of numbers, Saffas have beaten West Indies in 9 out of the 15 matches played between the two squads. South Africa has won more games batting first (7 out of 8) while West Indies has eked out wins chasing the target (5 out of 7).

We back the South African precise batting and well-balanced bowling to come through in this contest. It is difficult to predict a winner among two teams who lost their last games but West Indies has looked more out of sorts recently, having lost both their warm-ups and then crumbling against the English bowling. The pitch may be easier for batting this time around for both teams, so keep in mind the power hitters like Gayle, Pollard, Miller before betting on (over) and (under) on sixes. Gut says that this can be a close back-and-forth affair. Don’t sleep on the Carribeans!