Ninjas in Pyjamas vs Astralis 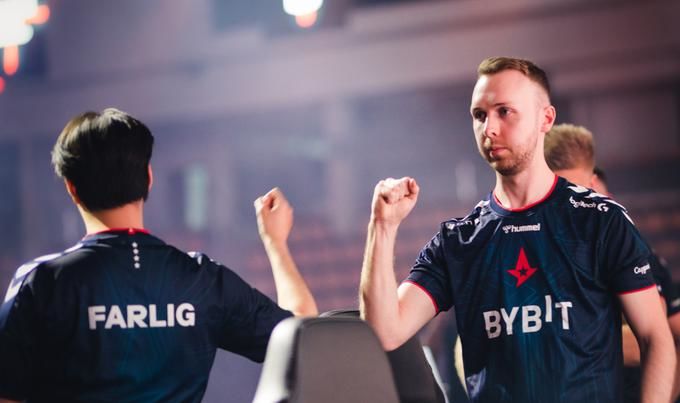 The format of Fall Groups 2022 is unique, not repeating any of the previous tournaments. The championship will be held in three stages: the Group Stage, the Play-in Stage, and the Last Chance Stage.

For the group stage, the twelve teams have been divided into three different groups of four. The groups will also participate in a double-elimination format. It means that a losing team will face another losing team to have a chance for fighting in the lower grid. Every match is best-of-one and each team advances to the Play-in stage.

The play-in stage resembles the playoff grid structurally, but only three teams will leave the tournament at this stage and three more will receive a quota for the next round of the league.

The remaining six teams will compete in the last chance stage, the three slots to be determined. All second and third stage matches will be played in BO3, single elimination.

Ninjas in Pyjamas and Astralis will meet each other in Group A. It will be an equal match, where each of the opponents will be able to win. It is interesting that during the transfer window, both teams retained their squads. This means that the preparation of these teams should be at a higher level than that of the teams that made substitutions.

The Ninjas in Pyjamas game is unstable. And this instability is because they can't decide on the roster. Oddly enough, in an attempt to strengthen the squad through the signing of dev1ce, they got a lot of problems. dev1ce himself has not played for more than half a year, although it is still listed in the lineup. The role of sniper performed at first sharpshooter academy Love phzy Smidebrant. Then, after the next reshuffle, when Brollan joined the team, Patrick "es3tag" Hansen took AWP. Despite constant replacements and changes in positions and roles, the team still manages to stay in the world top because of the players' individual skills. Nevertheless, it is never possible to take trophies in this state.

However, at the end of last season, Ninjas in Pyjamas started to show a very confident and strong game, won one tournament (Global Esports Tour Dubai 2022), and even rose to the fifth position in the world rankings. Since the signing of the last player in the main roster, it's been enough time for the squad to get used to it. We expect a good, competitive game and more wins from them this season.

The new Astralis roster looks unassuming against the top teams and as a team do not look very good. It is obvious that each of the players is a very strong individualist, but how to use the strengths of each other and build the game from this factor is a mystery. Signing Farlig seemed like a great decision and should have brought more confidence to the team's game. With the departure of zonic as head coach, the team's game tactically became much easier, and most often built on the individual actions of each player. Astralis did not win a single tournament, and some outright failed.

Almost all analysts predicted a change in this particular lineup. However, the lineup has maintained its integrity and is ready to show that it is not an outsider in the race for the world position on the pro scene. It was a strong decision, especially when the team did not show consistently good results, and often openly failed matches. Now is the time to prove the credibility of their decision and show that this lineup is able to bring back the former glory of the once legendary tag.

Astralis have always had a very good start in tournaments with this lineup. They always beat their opponents in the first stages of the tournament very confidently, but quickly lost ground, and by the middle of the tournament they didn't have a solution to win. Now it's just the beginning not only of the tournament, but of the game season as a whole. Therefore, the team has a small, but still an advantage.

The last change in the roster was the arrival of Martin "trace" Heldt as head coach.

These teams met four times in their new lineups. Astralis confidently defeated their opponents on most occasions. Team Ninjas in Pyjamas only managed to pick up one BO1 match.

We recommend placing a bet on Astralis to win for odds of 1.83.