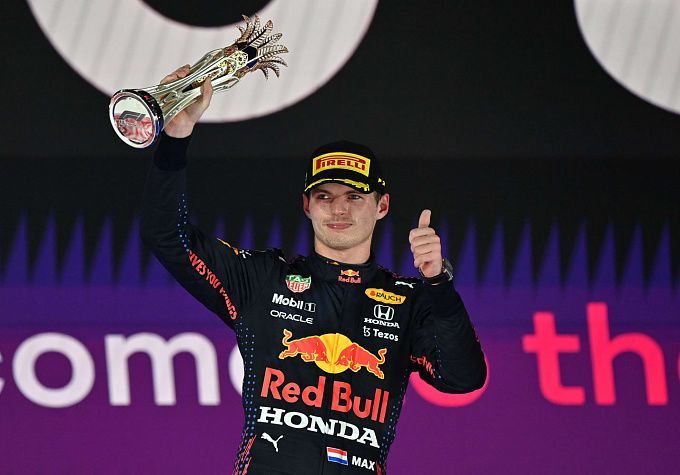 We are in for a very interesting end to the Formula 1 season. Hamilton is tied in points with Verstappen, and the fate of the title depends solely on this race. Who will win? What's the best option to bet on? Let’s find out!

Thanks to the victory in Saudi Arabia, Hamilton caught up with the leading Max in terms of points. Lewis had a great race last weekend, taking first place and beating second-placed Verstappen by 21.825 seconds. Yes, after that Max attributed his failure to the fact that he had unstable car settings.

Max won the last qualification of the season, running his best lap in 1 minute 22.109 seconds. Thus, Verstappen scored his tenth pole in the 2021 season. This time the racer shared his joyful emotions, saying he’s extremely happy with his car. In the previous season, by the way, Max Verstappen won in Abu Dhabi, so this track seems to be more suitable for Red Bull.

In the Constructor Cup, the Bulls are behind Mercedes by as many as 28 points, and it’ll take a miracle for Red Bull to win the title.

«Yeah, it’s of course an amazing feeling. We definitely improved the car again in qualifying because so far this weekend it had been a bit on and off. I was very relaxed going into qualifying. I know I always do the best I can and I know my team always gives me the best possible car. We have been doing that the whole year and again today that worked really well.»

«First of all, Max did a great lap today, so… We couldn’t answer to that lap, it was a fantastic lap from him. But we are in a good position, I would like to think, with our tyres tomorrow and I hope that we can have a good race. I don’t know if it’s tyre prep or something in terms of the out lap but nonetheless I couldn’t beat that time that he did today, he fully deserved the pole. I’m still on the front row, we’ve got the difference, obviously, between the tyres but I am grateful that I can see where he is and we can try to navigate from there.»

This race will decide the winner of Formula 1 in 2021. Hamilton has come a long way to fight for the title. Not surprisingly, the bookmakers favor him. Lewis has done well in the last three Grand Prix, but we're going to favour Verstappen. Max set the best time in qualifying and won the pole, and if he wins he will be champion for the first time. We think Max will be the one to take the title.