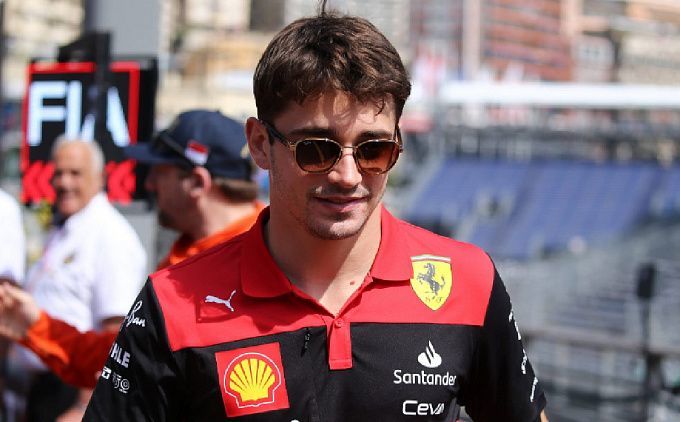 Charles Leclerc has lost the leading position to Max Verstappen because of the failure in the Spanish Grand Prix. Will the Monegasque be able to fix the situation with a victory on his home track? The race is scheduled to start on May 29 , 16:00 (UTC+3).

Last weekend was as unfortunate for Leclerc as ever. He had to pull out of the race due to an engine malfunction. Now the position of the Ferrari mentee in the individual rankings has noticeably worsened – he is second, lagging behind Max Verstappen on six points. Also, the failure in the Spanish Grand Prix has affected the team Ferrari, which before the beginning of the upcoming race is in the second position in the World Constructors' Championship, 26 points away from the first Red Bull.

In two of the three free practices, Leclerc showed the best time, but in the third, it was Sergio Perez who outdid him. He got the better of the Monegasque with a lap time of 1:12.476. Leclerc was second in practice (+0.041) and Carlos Sainz was third (+0.370). As for qualifying, it was very successful for Leclerc. He took the pole position, while his main competitor, Max Verstappen, was only fourth.

"This is a very special pole and I'm incredibly happy! It’s been a very smooth weekend and so now I knew the pace was in the car I just had to do the job. It went perfectly. That last lap before the red flag was really good but anyway, it didn’t change anything for us. But it was really on the limit. I had quite a bit of oversteer, I struggled to put the tyres in the right window in the last sector because there was a bit of traffic, the rear was a bit loose but still the lap time came and I was improving quite a bit. I think I was four tenths faster before I stopped, so it was a good lap. But to be honest, the car felt amazing and it’s great to also have Carlos with me on the front row."

"We will need luck to succeed this weekend. In Spain we lacked speed on the fast lap in qualifying, and in the race in the first stretch it seemed that Charles was able to pull away, and then I flew off the track, there were other troubles. But we are moving forward from race to race. In Monaco, it is difficult to judge the results in advance, but it is extremely important to gain maximum points. Ferrari cars are very effective at low speeds and when attacking the curbs – here they must be fast. No one knows how it will all end. We need to focus on ourselves, to find the optimal settings, and there we'll see".

The bookies are expecting Leclerc to win, which isn't surprising at all. Ferrari's pilot looked great in free practice and qualifying, while the Dutchman had problems. Plus Monegasque will have tremendous support since he will perform at his home track. On this basis, we suggest you bet that Charles Leclerc will take the first place on the podium for great odds.