Lanús vs Vélez Sarsfield Prediction: Diego Godín and his team to earn 3 points 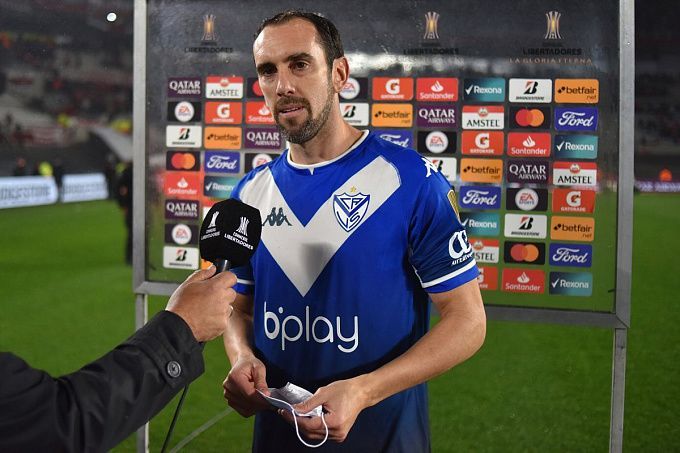 Lanús and Vélez Sarsfield played each other in Copa Sudamericana just a year and a half ago, but now both are at the bottom of the table in the Argentine Primera Division. Who will be able to improve their position following their encounter?

Garnet lost seven of their last nine matches in all competitions and there's no sign of them improving. Lanús is 27th in the table, with only 5 points earned in 8 rounds. Due to injury Pedro de la Vega, who has already been watched by Arsenal of London, does not play, and his absence may be the main cause of problems in the attack. None of the Lanús forwards have scored more than 1 goal in the current championship, and the top scorer is midfielder Lautaro Acosta. The team's head coach was recently fired and Rodrigo Acosta is the acting manager instead of Jorge Almirón.

Last round, Garnet lost away to Godoy Cruz, 1-2. Lanús scored the only goal of the game on penalties, while in total they had only seven shots on goal. The opponent constantly pressured and created a lot of opportunities, although Rodrigo Acosta's players did have a chance to hold their own. Lanús's defeat was legitimate, although the spectators could have seen fewer goals.

Vélez Sarsfield represents Argentina in Copa Libertadores this year. Last year, they were 5th in the championship, but now they are 25th in the table. The team has big problems in the attack, and the management is trying to solve them. Recently the club rented Jonathan Menéndez from Real Salt Lake, and so far Vélez do not have a single player who scored more than 1 goal in the current championship. Defender Lautaro Giannetti is still out due to injury and has not played on the field so far this season.

Couple of days ago, Alexandra Medina's players had a draw with River Plate, 2-2. The opponents were a little sharper in terms of attacking, but Vélez Sarsfield squeezed the maximum out of their chances and managed to level the score twice. The main hero of the game was substitute Abiel Osorio: the young striker restored the balance on the scoreboard shortly before the final whistle.

Over the last two years, the teams played each other five times. Vélez Sarsfield won the previous three games, and before that lost twice in the Copa Sudamericana semi-finals. In the last face-off, Lanús scored first, but lost 1-3.

Recent matches between the teams have been spectacular, with Vélez and Lanús scoring four goals apiece in Copa Argentina this year. Now the home team is not in a good position, and the change of coach has not helped them yet. The visitors didn't show anything spectacular against River Plate, but a draw with the big man is encouraging. Vélez Sarsfield is considered a favorite for good reason. I suggest betting on the following outcomes: