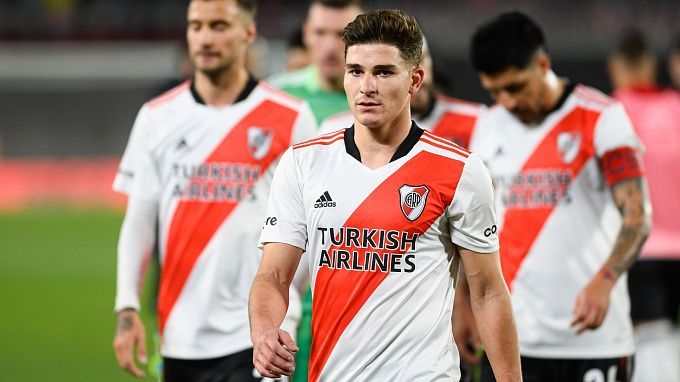 River Plate will take on Godoy Cruz in round 7 of the Argentine Primera Division on July 11 at 02:30 (UTC+3). Let’s see how the opponents are doing & what the best bet is. There are several options for you to consider!

On the whole, River Plate did not get off to the best start in the Argentine championship. Over six rounds, the Millionaires could earn only eight points, making them 15th in the standings. It is worth noting that after two wins in a row – over Union (5-1) and Lanús (2-1) – River Plate did not perform well in Copa Libertadores. In the last eight against Velez, they lost 0-1 on aggregate.

Godoy Cruz looks pretty good in Argentina's elite. In six rounds played, the team has been stronger three times – 2-0 over Racing, 2-1 over Defensa y Justicia and 1-0 over Colón. Also, they played once in a draw and suffered two defeats. Thus, Godoy Cruz is in the top 9 in the Argentina league standings with 10 points under their belt, five points less than first place Newells.

Sure, the visitors are having a better season than River so far, but we're not going to give them preference. Godoy Cruz is a home club. On the road they have very different results from the stands – two wins, three draws and five defeats in the last ten games. After their setback in Copa Libertadores, the Millionaires need to redeem themselves in front of their fans. On this basis, we believe that the hosts will win and there will be a lot of goals.