Athletico Paranaense vs Santos: The quarterfinals will start interestingly 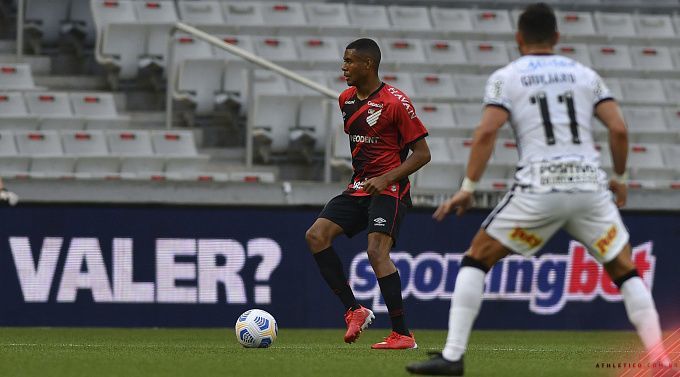 The quarterfinals of the Brazilian Cup will begin with the match between Ath`lético Paranaense and Santos. Athlético Paranaense continues to play in three tournaments at the same time, while Santos dropped out of the South American Cup not so long ago and now they are focusing on the Cup of Brazil, because it is not certain that Santos can take a place in the top six at the end of the season.

Athletico Paranaense has won only one match out of the last five, which is not a good result. On the other hand, the past defeats will motivate AP for the upcoming match, and the team from Curitiba, just like Santos, has problems with maintaining its place in the top-6. At the moment, Athletico Paranaense is already ninth, which means that all cup tournaments are a priority for the team. Overall, Athletico Paranaense has the 7th place in home matches statistics in the Brazilian championship in the division, +4=2-2, 12-10 goal difference. This results are top notch, but we doubt that Athletico Paranaense will show their true selves in the first game.

Santos dropped out of the South American Cup by losing in a 2-match clash to Libertad. We believe Santos had only a chance to win in the South American Cup, given the opponents they faced in that tournament. But in the Cup of Brazil, they will definitely have problems. In the last five games, Santos, like Athletico Paranaense, won only once, but in this period, the team lost only once in an away match to Libertad. For Santos, Athletico Paranaense is the first truly strong opponent in the Brazilian Cup.

It should be noted that in the standoff between Athlético Paranaense and Santos, the field factor is of great importance. Thus, in the last 10 games between these teams, the hosts have won 8 times. And the last three matches held in Curitiba invariably ended with a ТO 2.5 goals. We believe that this trend will be continued, especially taking into consideration that the upcoming game is a cup game and the first in the series. We'd like to propose the following betting variants for the upcoming game: TO (2.5) for 2.45, W1 for 2.00, X for 3.20.