Copa do Brasil. Round of 16 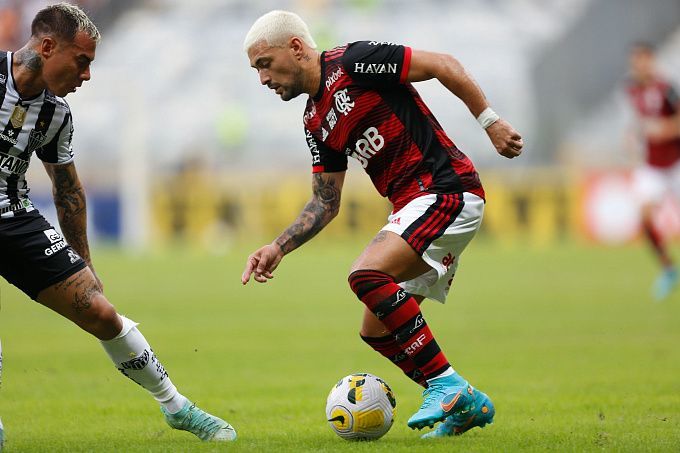 Atletico Mineiro will face Flamengo in Copa do Brasil round of 15. It is obvious that this match is central in this round because this is a clash between two Brazilian grandees that we are talking about. The bookmakers favor the future hosts of the field.

After a surprising 3-5 loss to Fluminense at the Maracana, Atletico Mineiro played three matches in the national championship: 1-1 draws with Santos and 0-0 with Ceara, a 2-0 victory over Flamengo on the home field. Yes, the opponents played each other just four days ago and Galo confidently defeated Mengao at home. It should be noted that thanks to the victory over the club from Rio, Atletico Mineiro rose to the top 4, i.e. Copa Libertadores zone. Atletico Mineiro's home stats are third in the division, with four wins in seven games, one loss and a goal difference of 12-6.

In its last five games, Flamengo has won only once, losing not only to Atletico Mineiro, but also to Fortaleza, Bragantino and Inter, having only beaten Cuiaba at the Maracana 2-0 in that period. Obviously, Mengao has problems with its current tone, and the failure in the championship has resulted in the Scarlet-Black dropping to 14th place in the standings. After 13 rounds, they are three points behind Fla located in the Copa Libertadores zone. Palmeiras, on the other hand, is already 13 points ahead of Flamengo. It is doubtful that Mengao has a shot at the title this season. This means that Copa do Brasil becomes more important for the Scarlet-Black in the light of this situation. Flamengo's away stats are only 13th in the division, +1=2-4, 6-11 goal difference.

We've already pointed out that Copa do Brasil is the main focus for Flamengo now, after the obvious failure at the beginning of the season in Brasileirao. A victory here can override the problems in the championship. This suggests that the Scarlet-Black are going to Mineirão to fight, there is no doubt about that. And two consecutive defeats at the hands of Atletico Mineiro already this season hit the ego of the players from Rio hard, and they are desperate for revenge. With Mengao's away statistics, motivation is on their side, in our opinion. That said, we highly doubt that the upcoming game will be as productive as the Supercopa one. Here are our betting options for you to consider: