America MG vs Bragantino: betting on the home team 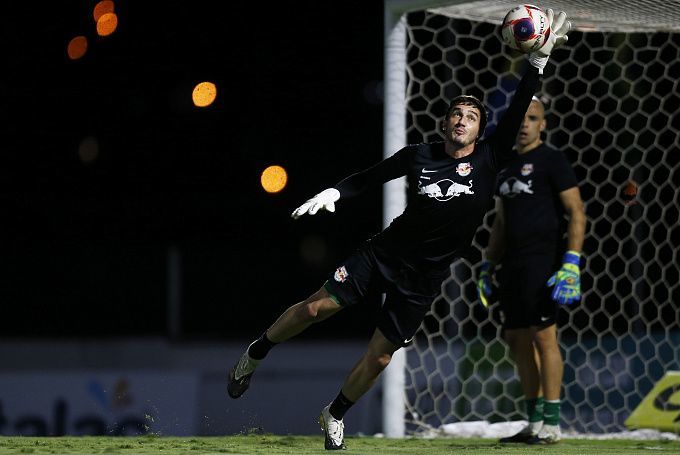 America MG and Bragantino will battle in the seventeenth round of the Brazilian football championship. This match will be one of the final matches of the round. Each of these teams has different problems in the championship, and bookmakers do not single out their favorite one for this match.

America MG had a crushing defeat against Fortaleza with a score of 0-4. But after that, America has not lost in the last four games: tied three times against Gremio, Atletico GO and Chapecoense, and won over Fluminense. The latest results of America are not bad, however, they did not allow this team to get out of the relegation zone. At the moment, America ​​is in 19th position. In the event of a victory over Bragantino, America will overtake Sport, Gremio, and Fluminense. In any case, the victory will allow America to get out of the relegation zone. America has the 14th statistics in the home matches in the division, + 2 = 3-3, 5-5 goal difference. This team has very bad statistics.

After the victory over Rosario Central, Bragantino will play exclusively in Serie A for a month, which, of course, should help the bulls maintain their place in the top 6. However, it is worth paying attention to the nearest bulls calendar. After the match against America, Bragantino will have two difficult matches, against Atletico Mineiro and Inte, and we all know perfectly well how difficult it is to play in Porto Alegre. In addition, Flamengo yesterday could not beat Ceara away, the match ended with a 1-1 draw, which, for sure, should morally spur the bulls. Bragantino is currently in fifth place, but in case of a draw it will rise to the top 4, but Flamengo will have two matches in reserve. Bragantino has the second statistics in the division, they only had a defeat against Fortaleza with a score of 0-1.

The matches between Bragantino and America often end without any goals, and the teams have never played in Serie A. Points are needed for both teams, so a stubborn and, most likely, an intense fight awaits. As for the outcomes, we are on the side of Bragantino as we believe that the bulls, at least, will not lose on Tuesday morning, but we will not be surprised at the victory of RB. We offer the following outcomes for the game: W2 for 3.60, TO 1.5 for 1.40, Both teams will not score for 1.90.