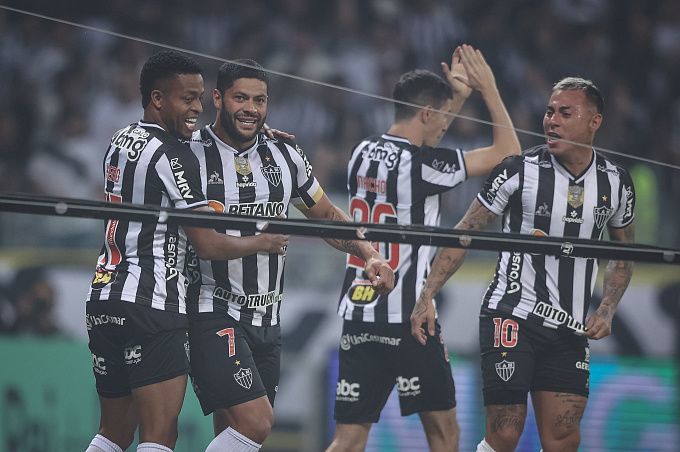 The next opponent of Atletico Mineiro, the reigning champion of Brazil, will be Fortaleza, who have a 2-match winning streak. Despite the recent success of the Tricolor, Atletico Mineiro is quoted as a big favorite for the upcoming game. In general, it is pretty difficult to argue, given the high motivation of the future hosts of the field.

Atletico Mineiro's winless streak of four matches is over, and there's a feeling that Galo's winning streak of the same number has begun. And, notably, after the draws with Santos and Ceara, Atletico Mineiro defeated one of the main rivals, Flamengo, twice in a row: 2-0 and 2-1. At the moment, Atletico Mineiro is in the fifth position, behind Atletico Paranaense on goal difference. It should be noted that Atletico Mineiro, like most of Brazil's top teams, has a rather tight schedule ahead, and the situation in Brasileirao, as for the champion, is not the best. That is, it forces Galo to play against Fortaleza exclusively to win. Note that the Roosters have the third home statistic in the division, +4=2-1, 12-6 goal difference.

Fortaleza boasts two consecutive wins, including a derby win over Ceara. However, it is worth paying attention to the fact that both victories were home, but there's only one victory in five games on the road. Though, over Flamengo, which should also make Atletico Mineiro players cautious. Overall, Fortaleza is in the relegation zone, five points behind Coritiba, who sit in a saving 16th position. This fact, of course, adds motivation to the guests. However, do not forget that Fortaleza will play against the reigning champion of Brazil, and even more so, on the Galo's field.

Atletico Mineiro and Fortaleza have played each other only 14 times, +7=2-5, 30-20 goal difference in favor of Galo. It should be noted that the teams have faced off in two tournaments: Serie A and Copa do Brasil. Interestingly enough, in the championship, Galo has the advantage only on goal difference, +4=2-4, 21-16. In the matches played in Belo Horizonte, the relative parity is +3=1-3, 13-9 goal difference. However, let us note that the last three games ended in favor of Atletico Mineiro.

We expect a confident win for the home team with a couple of goals difference. Atletico Mineiro is strongly motivated, while Fortaleza is more dangerous in home games, but not in away ones. Plus, the class, no matter how you look at it, is on the side of the future owners of the field. Here are the betting options for the game: