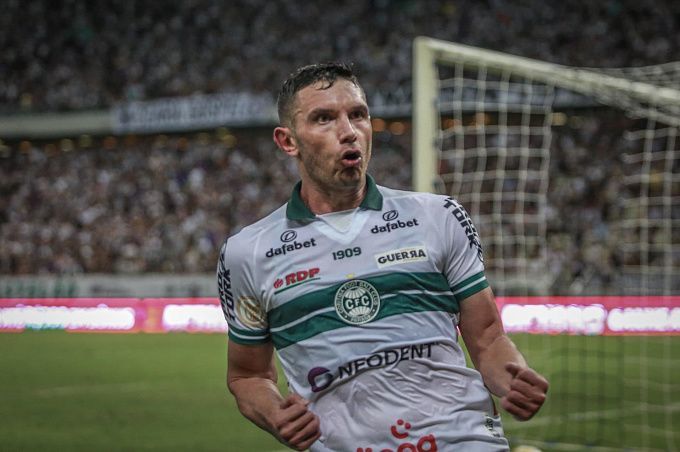 One of the final matches to take place in round 10 of the Brazilian Serie A will see Coritiba take on São Paulo. Despite the home advantage, the bookmakers are on the side of the Tricolor, which has a long successful series. At the same time, it is worth noting the excellent home statistics of the future hosts of the field, so you have to be extremely careful while betting against the home team.

Coritiba dropped out of Copa do Brasil not that long ago, losing to Santos 0-3. And since then, Glorioso are fully concentrated on the national championship. After relegation from the second most important tournament, Coritiba played four matches, scoring 7 points in that period, beating America and Botafogo and playing a draw against Ceará. Before Friday's Week 10 pool, Coritiba is in the Copa Libertadores zone, specifically in sixth position. If they win, the Greens have a chance to climb even to second place. It is also worth paying attention to the home statistics of Coritiba, which is the best in the division: four wins in 4 games, with a goal difference of 8-2.

São Paulo got what they wanted in Copa Sudamericana, securing first place in Group D, ahead of Everton, Ayacucho, and Jorge Wilstermann. After finishing the group stage there, São Paulo played two matches in Serie A, against Ceará and Avai, which ended in a draw. Before Friday's pool of matches, São Paulo sits ninth, behind Coritiba only in the secondary stats. São Paulo's away stats are 15th in the division, with four draws in five games and one loss, on a goal difference of 5-7.

The opponents have faced off a total of 32 times in two tournaments. Besides the Brazilian championship, the teams crossed paths twice in Copa do Brasil. In general, the advantage on the side of the Tricolor: +15=10-7, 50-39 goal difference. In the championship, there have been 30 matches: +6=10-14, 37-49 in favor of São Paulo. On Coritiba's field, there have been 15 matches: +4=4-7, 21-24 also in favor of São Paulo. Last season the teams did not cross paths as Coritiba played in Serie B, and the season before two matches between the teams ended in a 1-1 draw.

There is a feeling that Coritiba is underestimated. Glorioso play really well at home, have a 100 percent record, the best in the division. The opponents are practically neighbors in the table, which means that the difference in class, if existing, is not yet noticeable. But despite all this, the Tricolor are quoted as favorite.

TelecomAsia Sport is looking for a Qatar-based video blogger to work during the 2022 FIFA World Cup. Contact [email protected] for more information.We believe that Coritiba will not lose tonight, so we offer these betting options: